We will continue to highlight filmmakers and actors that Roger championed throughout his career. Click here for a full table of contents for our "Roger's Favorites" entries. Below is an entry on filmmaker Agnès Varda.

Agnès Varda wasn’t only one of Roger’s favorite filmmakers, she was “one of the nicest people” he had ever met. The mere mention of her name would cause Roger to reflect on their memorable encounters: a 1976 dinner with Varda, her husband Jacques Demy and Pauline Kael in Cannes; a “sun-blessed” lunch in her Parisian courtyard in 1990; and the 2005 Cannes Film Festival in which she served on the jury.

In his Great Movies essay on Varda’s 1962 masterpiece, “Cléo from 5 to 7,” he solidifies the filmmaker’s lasting place in cinema history. “Varda is sometimes referred to as the godmother of the French New Wave,” wrote Roger. “I have been guilty of that myself. Nothing could be more unfair. Varda is its very soul, and only the fact that she is a woman, I fear, prevented her from being routinely included with Godard, Truffaut, Resnais, Chabrol, Rivette, Rohmer and […] Jacques Demy. The passage of time has been kinder to her films than some of theirs, and ‘Cléo from 5 to 7’ plays today as startlingly modern.” He pointed out that unlike most of the New Wave directors, Varda’s background was in photography. “Try freezing any frame of the scenes in [Cléo’s] apartment and you will find perfect composition—perfect, but not calling attention to itself,” observed Roger. “In moving pictures, she has an ability to capture the essence of her characters not only through plot and dialogue, but even more in their placement in space and light.”

Back in 1969, when Varda’s “Les Creatures” was released, Roger could already sense her genius. In his three-star review of the film, he discussed how Varda wanted her audience to realize that “our past is factual, but our future is flexible, and that as people living in time we are constantly creating our lives, just as a novelist creates his story.” Her 1978 film, “One Sings, the Other Doesn’t,” received four stars from Roger, who hailed it as “one of the most appealing films by a French director whose best work has always found a balance between the heart and the mind. Varda works close to the human grain; she insists whenever possible on making documentaries between each of her feature films, so she can stay in touch with reality and not fall for the stylistic excesses of the big fiction films.” He also admired the “sneaky” way in which Varda was “making her case for feminism in a lyric voice instead of a preachy one.” 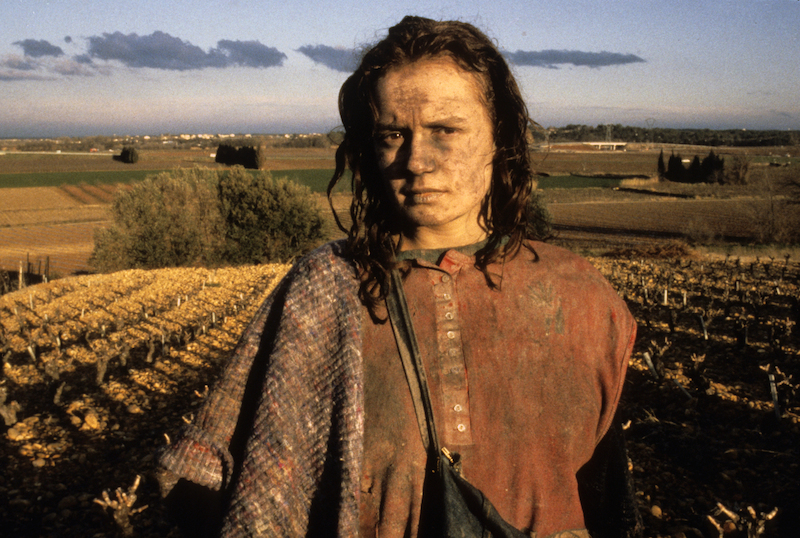 When Roger was deeply moved by a film, it would cause him to reflect not just on the filmmaking itself, but on the big questions about life that the picture was attempting to tackle. Consider the closing words of Roger’s four-star review for Varda’s “Vagabond” (1986): “Like so many of the greatest films, it tells us a very specific story, strong and unadorned, about a very particular person. Because it is so much her own story and does not seem to symbolize anything—because the director has no parables, only information - it is only many days later that we reflect that the story of the vagabond could also be the story of our lives: Although many have shared our time, how many have truly known us?” He later contrasted “Vagabond” with the film Varda made three years later, “Kung Fu Master” (1989). “Varda is one of the most individual and intriguing of contemporary French directors, in part because each of her films seems to satisfy a different need,” wrote Roger in his three-star review. “[‘Vagabond’] suggested that we may all be closer to the gutter than we think, if we lose our discipline and our support systems. This one suggests we may all be closer to our ideal but impossible love, if we lose our fears.”

Varda was not only the wife of Jacques Demy, she was his muse. When she began making “Jacquot,” a film based on Demy’s memories of his own life, they knew he was dying of a brain tumor. When the film was released in 1993, Roger gave it three-and-a-half stars, declaring it a “love film” that “a woman has made about the memories of the man she lived with for 33 years, as she imagines them.” Then in 2001, Varda made a documentary, “The Gleaners and I,” that told, in Roger’s words, the “story of herself, a woman whose life has consisted of moving through the world with the tools of her trade, finding what is worth treasuring.” In his four-star review, he noted Varda’s delight in working with a modern digital camera, and how it liberated her from “cumbersome equipment.” “She shows how the new cameras make a personal essay possible for a filmmaker—how she can walk out into the world and without the risk of a huge budget simply start picking up images as a gleaner finds apples and potatoes,” wrote Roger. 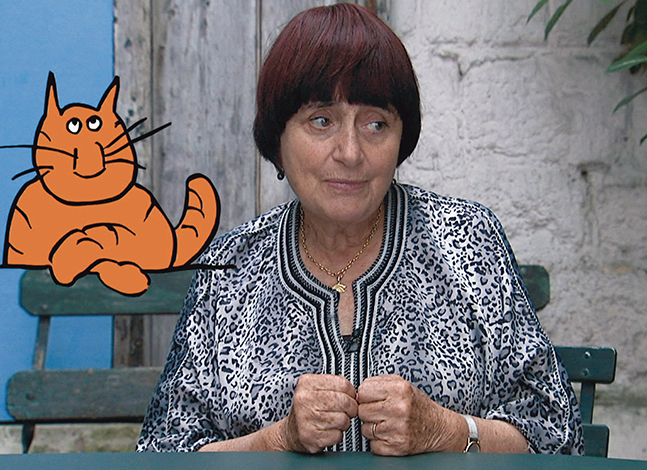 Yet the greatest essay Roger wrote about Varda is the one that also serves as his four-star review for her 2008 documentary, “The Beaches of Agnes.” He insisted that viewers who hadn’t yet seen any of her films would be wise to start with this one. “You don't need to know anything about her work,” wrote Roger. “She has a way of never explaining very much, and yet somehow making it all clear. She does this by not treating her life as a lesson in biography, but as the treasured memories of friends.” He said that the film contained “the most poetic shot about the cinema” that he had ever seen, in which “two old fishermen, who were young when she first filmed them, watch themselves on a screen” mounted on “an old market cart that they push through the nighttime streets of their village.”

The essay expands its focus to other achievements in Varda’s career, such as her 1967 documentary short, “Uncle Janco,” which was discovered by Roger at the Chicago International Film Festival, and her 1976 documentary, “Daguerreotypes,” which was filmed at her home comprised of “rooms opening off each side of a once-ruined Paris courtyard, each room a separate domain.”

Yet, of all of Varda's movies, Roger went back to analyze "The Gleaners and I" the most. He was impressed that Varda stripped down the camera work to make it an extension of herself. He told me that you could see the very essence of Agnes in every frame. Roger considered “Gleaners” to be the film most central to Varda’s life, since all of her movies had been, in essence, “gleanings.” “I don't believe a single one was made because of its commercial prospects,” wrote Roger. “They were made out of love of the art form, and constructed by what fell to hand and seemed good to her. And now at 80 she can walk backwards with more serenity than most of us, because she will not stumble.”

Roger would be very happy to know that Agnes Varda is still a force walking with a passionate cinematic serenity without stumbling, and being recognized worldwide for her definitive influence on cinema. She received the Honorary Palme d' Or at Cannes last year, and will have a room named in her honor at the Toronto International Film Festival. And finally, Roger, she will get a Golden Thumb, cast from your thumb, a symbol of the enduring connection that you both had to cinema and to each other.