The seventeenth edition of Ebertfest, a production of the University of Illinois, College of Media, begins this Wednesday, April 15, and in addition to reflecting on the journey of the festival with Roger all those many years ago, I am looking forward to all the incredible films we will be showing and am especially excited to greet the filmmakers, students, critics, industry giants and Ebertfest audiences at the Virginia Theatre in Champaign-Urbana, Illinois. This festival has gained the reputation as being one of the friendliest, and some of the audience members have actually met, fallen in love, married and had children over the course of the festival years. So you never know what to expect here in addition to the films!

A full list of the special guests scheduled to attend the screenings and panels are available on the official Ebertfest.com website. This year we went back to some of the character driven films that Roger found so fascinating. Here, I want to single out six of the people whose extraordinary careers we will be honoring this year with the coveted Golden Thumb. 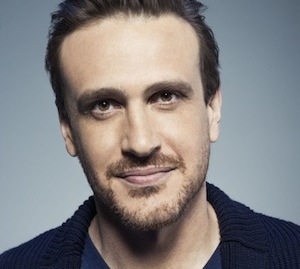 The highlights in the career of Jason Segel are numerous: starring in Judd Apatow's cult classic sitcom, "Freaks and Geeks"; earning raves for his boldly comedic nude scene in "Forgetting Sarah Marshall"; crooning the Oscar-winning tune, "Man or Muppet," in 2012's hit, "The Muppets"; and winning the hearts of viewers during all nine seasons of "How I Met Your Mother." Now Segel is earning some of the greatest reviews of his career—not unlike Steve Carell did for "Foxcatcher" last year—with his performance as iconic writer David Foster Wallace in James Ponsoldt's "The End of the Tour."

This is the fourth acclaimed feature from director James Ponsoldt, who brought his lovely coming-of-age romance, "The Spectacular Now" to Ebertfest two years previously. "The End of the Tour" pairs Segel with Jesse Eisenberg, Oscar-nominee for "The Social Network," as magazine reporter David Lipsky, who shares several fascinating conversations with Wallace throughout the film. Anna Chlumsky, Joan Cusack, Mamie Gummer and Ron Livingston round out the cast. 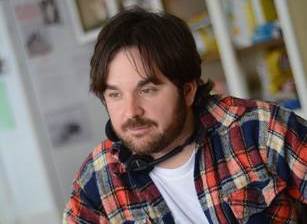 Ponsoldt, a filmmaker originally from Athens, Georgia, earned raves for his first two features, "Off the Black" and "Smashed," before reaching even more audiences with "The Spectacular Now." The film won a prize at Sundance for its two leads, Miles Teller and Shailene Woodley, before going on to collect various nominations, including two for the Independent Spirit Awards. It was also named among the Top Ten Independent Films by the National Board of Review. Roger's four-star review of the film was his last published on this site, upon its U.S. release on August 2nd 2013.

"What an affecting film this is," he wrote. "It respects its characters and doesn't use them for its own shabby purposes. How deeply we care about them. Miles Teller and Shailene Woodley are so there. Being young is a solemn business when you really care about someone. Teller has a touch of John Cusack in his "Say Anything" period. Woodley is beautiful in a real person sort of way, studying him with concern, and then that warm smile. We have gone through senior year with these two. We have known them. We have been them." 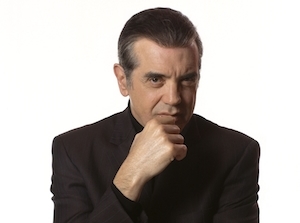 Woody Allen fans fondly remember Chazz Palminteri's Oscar-nominated turn in 1994's "Bullets Over Broadway," where he brought down the house with his portrayal of a theatre-loving criminal exasperated with his talentless girlfriend. He has appeared in over 50 films including "The Usual Suspects," "Analyze This" and "A Guide to Recognizing Your Saints."

Roger loved Palminteri's 1993 semi-autobiographical film, "A Bronx Tale," which marked the directorial debut of Robert De Niro. Palminteri based the script off his own stage play, and gave himself the role of gangster who strikes up an unlikely friendship with a young boy (played at different ages by Francis Capra and Lillo Brancato), much to the distress of the kid's father (De Niro). We love to showcase gems from past years at our festival, and they always look gorgeous when projected on the enormous screen at the Virginia. Having Palminteri with us in person will only add to the magic. We look forward to welcoming Chazz with the two Z's! 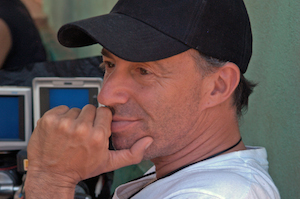 Joining him onstage will be producer Jon Kilik, whose projects have included a remarkable assortment of acclaimed features from  great artists. He produced Tim Robbins' Academy Award winner, "Dead Man Walking," and Jim Jarmusch's "Broken Flowers," winner of the Cannes Grand Jury Prize. Kilik has collaborated with Spike Lee on a variety of films, beginning with 1989's "Do the Right Thing," which screened in an anniversary print at Ebertfest last year. He's also worked with last year's Oscar winner, Alejandro G. Iñárritu, on "Babel" and "Biutiful," the former of which earned him an Academy Award nomination. One of the most rewarding partnerships Kilik has forged has been with director Gary Ross, whose 1998 debut, "Pleasantville," he produced. He then produced Ross's "The Hunger Games," and has served as producer on each successive installment of the tremendously lucrative franchise. Kilik is currently producing Ross's next film, the civil war drama, "The Free State of Jones," starring Matthew McConaughey and Gugu Mbatha-Raw. That picture is scheduled for release next year. 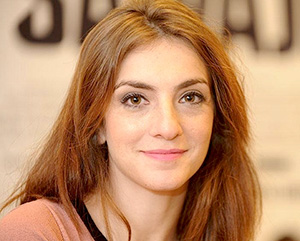 Julieta Zylberberg is an Argentine actress. She started her career in TVs ground-breaking comedy "Magazine for Fai," and by 1994 had appeared in some of Argentina’s biggest prime-time TV shows. She has also regularly appeared on stage, most notably performing as Ivy in Tracy Letts' "August: Osage County," in which she worked with Norma Aleandro and Mercedes Morán.

In 2015 she will star in Daniel Burman’s "El Rey Del Once" by and Ana Katz’ "Mi Amiga Del Parque," as well as the TV series "Los 7 Locos," based on the novel by Roberto Arlt. 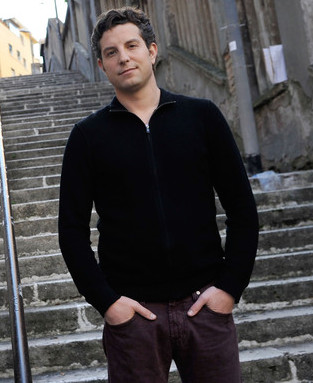 Last but not least, we will welcome director/producer Alan Polsky, with his film "The Motel Life," based on Willy Vlautin's novel and including original art created for the film. He directed the movie with his brother, Gabe, who directed last year's widely celebrated documentary, "Red Army." Together the filmmaking duo has  produced several important pictures characterized by both intelligence and commercial appeal, such as "Little Birds" starring Juno Temple, and the Emmy nominated documentary about movie producer Jerry Weintraub, "His Way." But it was their production of  Werner Herzog's spectacularly entertaining "Bad Lieutenant: Port of Call New Orleans," starring Nicolas Cage in one of his most unforgettable performances that caught Roger's attention. Roger was greatly amused by that film, especially the scene with Cage and the iguana. Polsky Films hold the rights to several exceptional properties, including the story of Albert Einstein, the critically acclaimed novel "Flowers For Algernon" by Daniel Keyes, "Butcher's Crossing" by John Williams, and are partnered with Sean Penn to produce a bio pic on surfing legend Dorian "Doc" Paskowitz.

"The Motel Life" stars Stephen Dorff and Emile Hirsch as brothers on the run, and the film explores their bond with an attention to nuance both sweet and heartbreaking. It also stars Kris Kristofferson and Dakota Fanning.

I am so excited to be welcoming so many wonderful people to Ebertfest 2015. It's a celebration of cinema not to be missed. For more information on the festival, visit the official Ebertfest site. Or better still, come join us at the Virginia Theatre.