The Cannes winners, as sort of expected

Beasts of the Southern Wild

The Cannes 2012 Palme D'Or was indeed won Sunday by Michael Haneke for "Amour," the best film in the festival. And what an emotional moment to see its two stars, Jean-Louis Trintignant and Emmanuelle Riva walk up on stage with Haneke to accept the award. A juror, Jean-Paul Gaultier said they gave the most emotionally real performances of any film in the festival. He said he bawled his eyes out. This was the second time in three years that Hakeke won the Palme, after "The White Ribbon" in 2009.

And surprisingly, three out of four of my award speculations also won prizes. However, if you listened carefully to the reasoning of the Jury you can conclude that actually all four of the lineup would have won.

British director Ken Loach won The Jury Prize (Prix Du Jury) for his film "The Angels' Share." Loach is among "the kitchen sink" group of directors who makes movies that champion the underdog and the everyman. In his acceptance speech he said the cinema is not just a diversion, but shows who we are are and how we live together. And he extended his award to those who even in this time of economic hardship resists austerity when it comes to things for the human good. (I am paraphrasing.) 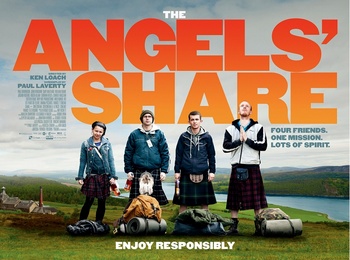 The third film in the winners was Thomas Vinterberg's "Jagten" ("The Hunt"), about a kindergarten teacher who was falsely accused of sexual abuse of one his students and the devastating affect it had on his life. I saw this film shortly before the ceremony and it packs a big emotional wallop. Mads Mikkelsen's performance was indeed masterful as the teacher who is fired from his job, ostracized by the community, and arrested for a crime he did not commit. How he chooses to fight back from the charges and take back control of his life is fascinating. He took home the Best Actor prize (Prix D'Interpretation Masculine). At the Jury Press Conference following the awards ceremony the juror Ewan McGregor too emphasized the beauty of the understated performance of Mikkelsen.

Leos Carax's "Holy Motors," did not win a prize as expected, but it was definitely nominated for one. In the past the competition jury was not allowed to speak about the deliberations, but now, as Nanni Moretti, the Jury's chair, said, that taboo has been broken. Not only can they speak about it, but they can hold an official press conference.

When Moretti was asked why there was no prize given to "Holy Motors" applause broke out in the Press Room. That is very unusual. I thought he would sidestep the question and in the beginning he did. Moretti said there were many films that didn't win a prize. Technically, he was correct. There were 22 films in competition. 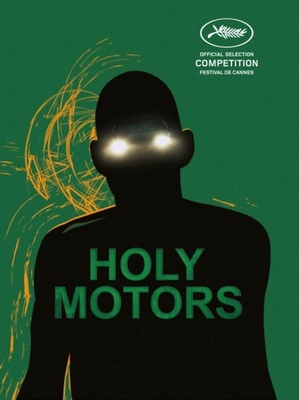 But then, he took it straight on. He acknowledged that three films divided the Jury more than any others, the Carax film "Holy Motors," Ulrich Seidl's film "Paradise: Love" (about the white Sugar Mamas from Austria who go to Kenya to buy love from the local gigolos), and Carlos Reygadas' "Post Tenebras Lux." He concluded that out of those three there was perhaps the most talk about "Holy Motors," but Reygadas won the prize.

Juror Andrea Arnold (British director of "Fish Tank,") defended Reygadas, saying how much she loved images in that film. Juror Raoul Peck also defended it saying it appealed to both his intellect and his emotions and he thought the director took great risks with a film that perhaps had a fractured structure.

At the beginning of the press conference someone made a statement that some of the films in the festival seemed more concerned with style than their characters. I wonder if that ultimately is what derailed "Holy Motors."

Juror Alexander Payne ("The Descendants") was asked how he felt that none of the seven films from North American had won a prize, and whether he would be able to go back to America. The Jury quickly boo-booed the question. Gaultier pointed out that he and Emmanuelle Devos were French and there were no French awards. And Alexander Payne said you cannot judge a trend in films by country borders, nor one event.

Andrea Arnold sneered, as she did when a journalist asked Gaultier which film had the best costumes. Gaultier said he saw no costumes, meaning the clothes in each film were so well integrated into the movie that none stood out as costumes, they were all appropriate. It seemed like a fair question and a fair answer, but Andrea Arnold jumped in and attacked the journalist for asking a stupid question. She said Gaultier was an intelligent man like the rest of the jury and shouldn't be thought of as only looking at clothes. She continued on the attack until the moderator Henri Behar told her the question had been sufficiently answered, then she apologized and said she was a little drunk, but felt protective of Gaultier. 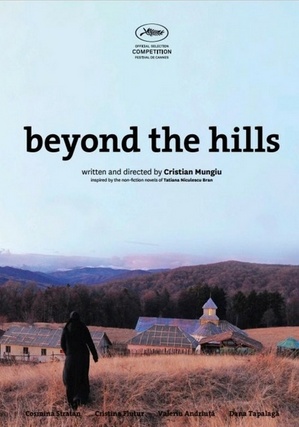 I was happy to see wins for Romanian director, Cristian Mungiu, who won Best Screenplay (Prix Du Scenario) for "Dupa Dealuri,"("Beyond the Hills"). And equally happy for his two actresses from the convent, one a nun, and the other jealous of the nun's love of God. Cristina Flutur and Cosmina Stratan won a joint prize for Best Actress (Prix D'Interpretation Feminine).

The Grand Prize was a surprise to me: Matteo Garrone's "Reality."

I watched the ceremony in the Theatre Debussy with the press, instead of the Lumiere with the red carpet crowd. It is similar to watching the Oscars at home in your pajamas. You can talk back to the screen. And indeed the biggest and most joyous reaction in Debussy came for the announcement that "Beasts of the Southern Wild" won the Camera D'Or, the prize given to the most promising first time filmmaker. Behn Zeitlin looked humbled and pleased to win the award. He accepted it on behalf of the courage and faith of all first time filmmakers, and said, he considers Cannes the Temple of Cinema, and was happy to find out that you can dance in the Temple.