Perhaps nothing better makes the case that this is the much-claimed Golden Age of Television than the fact that highly-lauded filmmakers Jason Reitman and David Gordon Green have directed programs that premiere this week. Not on HBO, but streaming services Hulu and Amazon. And this is something that's not making headlines. It’s become the norm to see auteurs move to TV, following paths paved by David Lynch, Martin Scorsese and Steven Soderbergh. Have we become spoiled by so many options on so many networks? Has it reached a point of oversaturation, in which it’s impossible to keep up with all of the good shows on TV? I can attest that when I tell people about a great new show, I more often get sighs than exhalations of excitement—another new show to add to the DVR. Well, bad news—at least one of these new shows is great, and the other isn’t half-bad itself.

Let’s start with the great one. Coming off his previous, disastrous “Men, Women & Children,” I’ll admit to understandably lowered expectations for Jason Reitman’s “Casual,” premiering its first two episodes on Hulu this Wednesday, October 7th, with another new half-hour every week after that. As someone who sees a lot of independent films, I was cautious about seeing yet another piece about the difficulty of dating in the internet age. We get it. Tinder and Match.com enhance your neuroses—what else ya got? And yet creator Zander Lehmann and director/exec. producer Reitman find new ways to explore this heavily-charted terrain by doing what so many other writers fail to do—focusing on the characters. The comic situations and commentary on how difficult it is to find love in the era of Twitter and texting feels organic to the three people at the center of this remarkably well-crafted and well-acted piece.

Valerie (Michaela Watkins) is a 39-year-old woman going through a divorce and trying to raise her 16-year-old daughter Laura (Tara Lynne Barr). In order to make ends meet, the pair has to move in with Valerie’s wealthy brother Alex (Tommy Dewey), who made a fortune designing a Tinder-esque app and website that hooks up lonely people. Alex is a deeply cynical soul, mostly in the game for the casual sex, but secretly longing for something more concrete. He vows to help Valerie through the minefield of dating again. Meanwhile, Laura has her own dating issues, although Lehmann and Reitman are careful not to overplay the often-cautionary tale of teen sexuality. Like a lot of 16-year-olds, Laura is sexually active, but “Casual” treats that like another fact of life in 2015 instead of something salacious. The great Frances Conroy pops up after a few episodes as Alex and Valerie’s mother, a woman so awful that she seems to take Told-Ya-So glee out of her own daughter’s failed marriage. Conroy may deserve an Emmy nomination just for her delivery of the acid-tongued line, “Just because no has loved you yet doesn’t mean you’re unlovable.”

Watkins should be in future awards conversations as well. Her portrayal of Valerie completely grounds “Casual” in what is so often lacking from pieces like this: a believable character. She doesn’t overplay Valerie’s neuroses or fear of the dating world. Every line, every action, every subtle moment seems to come from some genuine place. When she folds her hook-up's laundry after a night of casual sex, it doesn’t feel like a sitcom trick. It’s something Valerie just thinks to do. Watkins’ performance gets even more grounded and believable as “Casual” goes on, making Barr and Dewey’s turns better as well through the light she casts. She's fantastic.

“Casual” isn’t perfect yet. There are times when it feels like these three characters are the only witty people in the world, and the show sometimes reminds one of the superior “You’re the Worst,” a series also about the difficulty and oddity of modern dating with a bit more edge. But "Casual" is headed in the right direction. What surprised me most was how much the show builds from episode to episode, as you get to know and really genuinely like these three characters. You may not have a lot of time in your TV schedule in 2015, but make room for “Casual.” 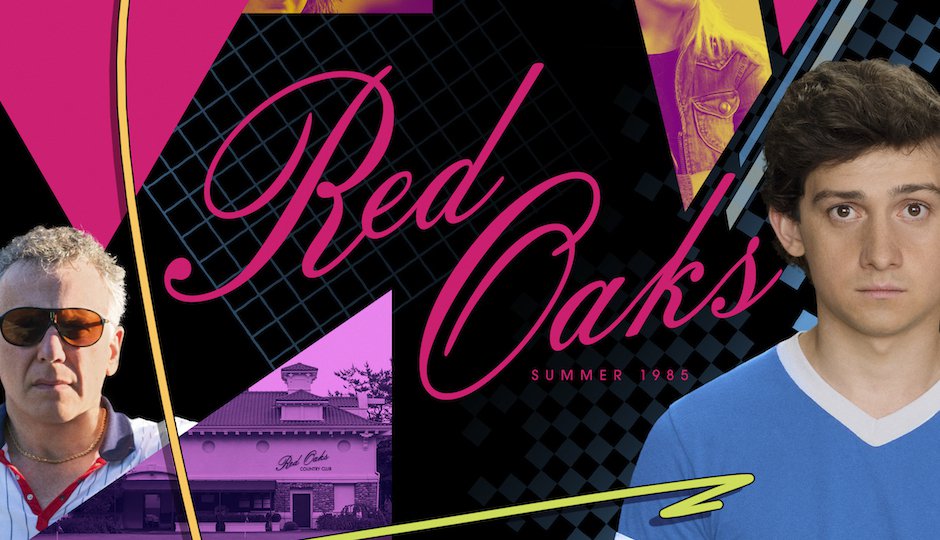 There’s an overall likability that helps the characters of Amazon’s “Red Oaks” (all episodes available on Amazon Prime on 10/9) as well, even if it sometimes gets a little sillier than it needs to, and doesn’t resonate as much on a personality level. The show, which was produced by Steven Soderbergh and directed by David Gordon Green, also suffers greatly from the problem I mentioned that sometimes plagues “Casual,” in which our protagonists are always the smartest people in the room. While everyone else is worrying about getting laid and smoking weed, David Meyers (Craig Roberts) is talking about Rohmer and having Sergio Leone marathons with his dad. In this hybrid of “Caddyshack” and “Superbad,” Meyers works at the Red Oaks Country Club in 1985 New Jersey. He’s going to NYU but struggling a bit to find himself, which is amplified when one of the richest men at the club, Getty (Paul Reiser), takes an interest in him. Getty asks for tennis lessons, and then generally guides David's adolescence. David’s real dad (Richard Kind) is more working class; Getty is upper class. The conflict makes for an interesting dynamic.

But it’s not the only curious relationship in “Red Oaks.” David’s also got a girlfriend named Karen (Gage Golightly), who David thinks is a bit too boring at times, especially when he meets Getty’s more free-spirited daughter Skye (Alexandra Socha). It doesn’t help that Karen is being wooed by the smooth-talking Barry (Josh Meyers) at the club. Meanwhile, David’s buddy Wheeler (Oliver Cooper) is head-over-heels for the gorgeous lifeguard (Alexandra Turshen) in arguably the most successful subplot of “Red Oaks.” There’s a sweet, casual dynamic between Cooper and Turshen that’s incredibly likable. She knows he’s in love with her, and she really likes him as a friend, but almost feels required to be with someone traditionally hotter, even if her boyfriend is a moron. Cooper and Turshen don't play it broadly like the Horny Teen Boy and Pretty Popular Girl archetypes we so often see, finding subtlety in the stereotypes.

Problems arise only when the writers don't seem to trust the character work. “Red Oaks” too often gets almost satirical in its broad characterization of ‘80s New Jersey with hair and clothing out of “That ‘80s Show.” But when it focuses on its cast and allows them to breathe within the set-up, it can be surprisingly effective. Again, this is a likable ensemble, filled with talented young future stars (Roberts and Turshen especially) and great veterans who don’t get enough work, like Reiser and Kind. A few easy jokes can be forgiven for the overall quality, even if “Red Oaks” doesn’t feel quite as essential as other upcoming shows like “Fargo,” “The Knick” and “The Returned.” Yes, we’re through the wave of network nonsense and into the meat of the fall season. It’s no wonder we’re feeling spoiled.