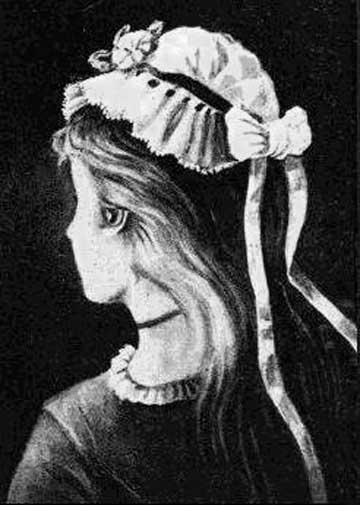 Some movies evoke strong opinions and some leave barely a trace behind in your memory. When I glance back at the deadline reviews I've been filing for the Chicago Sun-Times and RogerEbert.com the past few weeks, I notice that most of the movies haven't made much of an impression on me. Ask me right now and I couldn't tell you what I reviewed two weeks ago, much less what's coming up two weeks from now, without calling up iCal. I'm always amazed at how Roger does what he does -- which is way more than I feel capable of doing.

If you want to judge by the obligatory "star ratings" (and I don't, but in this case I think they reflect something), just about everything in the last month (I know: February) feels like a 2.5 to me -- just short of "recommended" (which would be 3.0), but not unwatchable if you wanted to pay the money and kill the time it takes to watch it. Passable (B-/C+) for what it is, but not memorable -- especially when you consider that the scale tops out at 4.0, with no "A+" possible. So, "Chinatown": 4 stars. "Sansho the Bailiff": 4 stars. "The Bank Job": 2.5. "Cocktail": 0.0.

We all have a pretty good what kind of experience we had watching a movie (though it may take a while, maybe even another viewing, to process it), and what we saw and heard. But to paraphrase something a filmmaker recently said (or that I recently read, even though I can't recall who or where): If you put 300 people in a room and show them a movie, you'll get 300 different accounts of it. Even when I take notes (as I do when I know I'm going to write about a movie), I invariably misremember a word here, a shot there.

Don't scroll up, just write down what the last paragraph said, and you'll see what I mean. You got the gist of it, but probably didn't remember all the words in precisely the same order. (This is why I now refer to the Internet as my "extended memory." Search. Scan. Cut. Paste. That's the most reliable way to quote from books or reviews if you don't have the print version in your hand. For movies, you can't really trust those "Memorable Quotes" on IMDb because the people who submit them don't always remember them very well. Sometimes you'll find differently worded versions of the same "quote." Better to transcribe directly from a DVD, if you have the title handy. Meanwhile, I have to search Scanners back to 2005 to figure out which of my favorite anecdotes I've already told....)

Anyway, to cite another example: My notes for Gus Van Sant's "Paranoid Park" included what I remembered as the first three images: a bridge, a hand writing the title in pencil in a lined notebook, and some dreamy slow-motion footage of skateboarders in a cement park underneath a bridge. When I double-checked a screener DVD I found that I hadn't noted down a few less memorable shots in between the second and third ones. That didn't change what I wanted to say about how the film introduced itself, but it affected the way I wrote the sentences. This, as I've mentioned many times, is why so much of film history has been misreported in reviews and books. Eyewitness memories are simply not reliable. So, some people believe that Humphrey Bogart said "Play it again, Sam" -- or that the first ten minutes of "There Will Be Blood" contain no spoken words. (I have some shot-sequence corrections to make in my piece on "No Country for Old Men," once the DVD comes out on Tuesday and I can be absolutely sure about them.)

But what interests me most is how certain we can be about what we saw and how we feel about it. Turns out, there's a good reason -- something neurologist Robert A. Burton, M.D., in his book "On Being Certain," calls "the feeling of knowing":

Despite how certainty feels, it is neither a conscious choice nor even a thought process. Certainty and similar states of "knowing what we know" arise out of involuntary brain mechanisms that, like love or anger, function independently of reason.

The involuntary sensation of certainty, he writes

... is affected by everything from genetic predispositions to perceptual illusions common to all bodily sensations.... [T]his nonreasoned feeling of knowing is at the heart of many seemingly irresolvable modern dilemmas.

To bring this back to my lead (I've never liked the archaic "lede"), what I find even more fascinating is how certain we can feel about our opinions -- to the point where we may either attribute them to others, or make ourselves incapable of accepting that anyone could possibly think/feel otherwise. True, those other people are just... wrong. But that doesn't mean they don't have their reasons, even if those reasons are bogus (along with the evidence on which they've based them).

This leads to insanity, like people insisting that a movie is 3 stars rather than 2.5. (You think it doesn't happen. It does.) That's a case of mistaken objectivity (movies don't actually have those kinds of stars), but you'll also find people who swear that they saw Michael Madsen cut off a guy's ear in "Reservoir Dogs." With a movie, at least, we can revisit it (even rewind it) to verify -- something I've been unable to accomplish with any of my remotes in real life. (And, no, I haven't seen that Adam Sandler movie.)

Is there something you were certain you knew about a movie until you discovered otherwise?