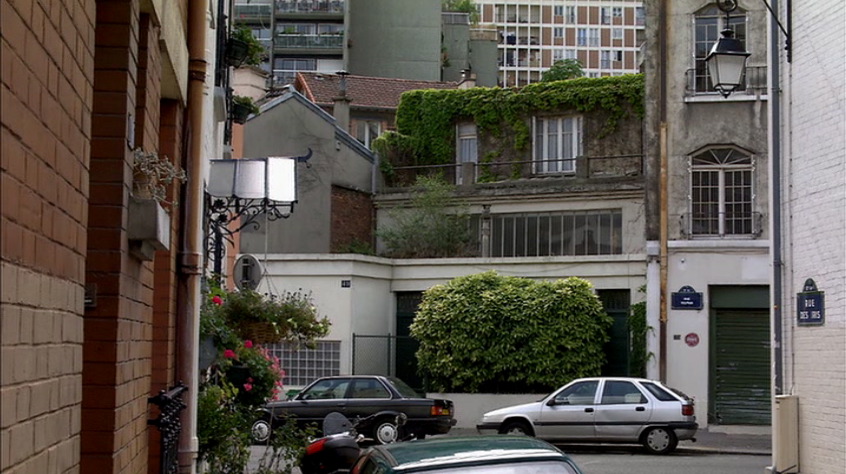 What are we looking at/for? 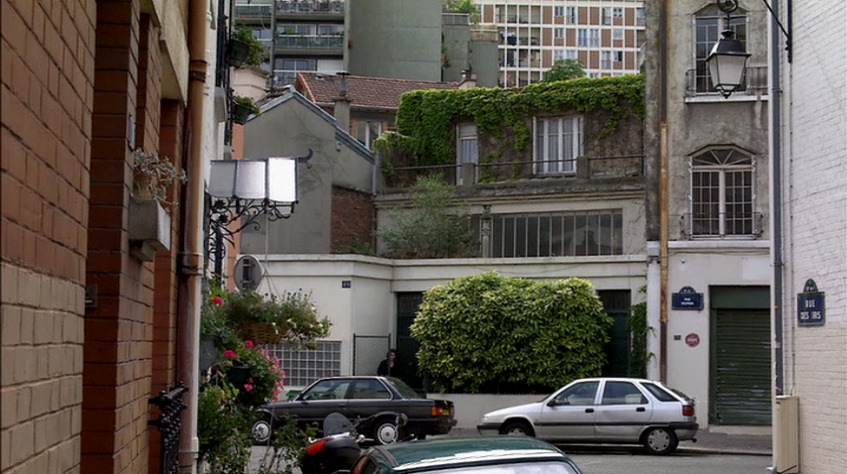 Find one difference in this picture.

It may be a recent film, but I don't think it's too early to canonize Michael Haneke's "Caché" opening shot as one of the greats. Haneke's first image prepares the viewer for his film's astounding distortion of the cinematic lens.

A static shot of a house at the end of a Parisian street during early morning seems perfectly banal, as Daniel Auteuil's character walks over to his car. But then, in voice-over, Binoche and Auteuil begin to discuss the workings of the shot — they didn't see the camera, so how was this footage created? One of them comments that the shot is too clear to be shot through glass (i.e. hidden in someone's car).

Until the scanlines appear as the characters rewind the tape, there are absolutely no clues from the image's quality (resolution, interlacing, etc.) to suggest that it isn't from a professional film. When the next shot, of Auteuil and Binoche in their house looking at the TV, comes up, there is no discernible visual difference between the tape and what we assume isn't a tape. 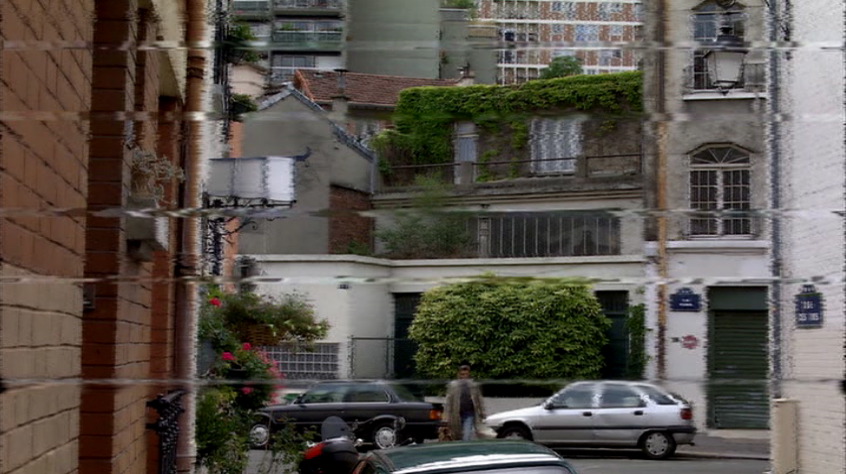 Shot #3: Can reality be rewound? Fast-forwarded?

With a single image, Haneke establishes the film's paranoid removal of the viewer's comfort zone. Are we watching the characters through the standard fly-on-the-wall approach with which we are accustomed, or are we watching physical tapes that another entity is watching?

(On a side note, a later a shot of Auteuil walking down the street pulls back to reveal that the camera is behind the glass window of the gas station he is entering, furthering the distortion of what the film's camera is doing and where it is.)

Further gushing can be found at my Salt Shaker Magazine review of "Caché." 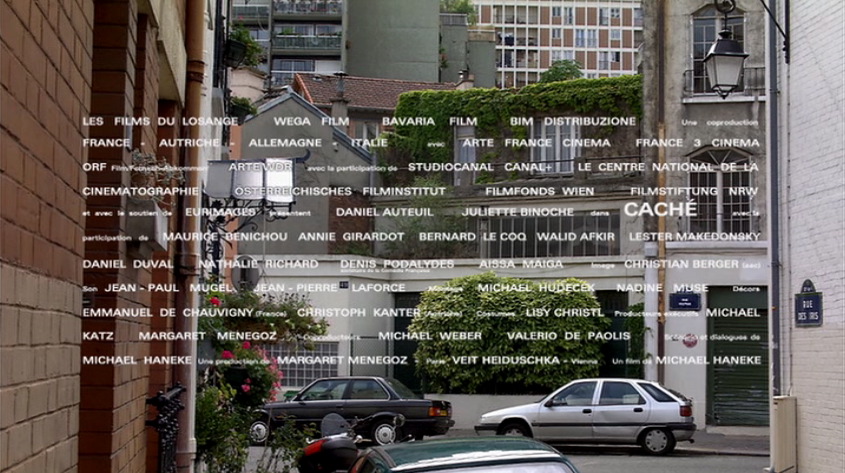 If you can read these credits you are sitting too close.

JE: Right on, Jeremy. I love the way aaalllll the credits read out over this single image, too. It's such an amazing composition, with the walls on the sides pulling your eye toward a hillside jumble of architectural styles, antique and modern. (Come to think of it, the way it refuses to offer just one focal point is almost like a Jacques Tati composition -- like something from "Playtime," only not all steel-and-glass modernistic.) The place where our main characters live turns out to be, uh, hidden behind that large shrub in the lower center of the frame. We watch it quiver in the wind in a later shot from this same position -- in a way that reminds me of the park in "Blow-Up," another film about an attempt to look really deeply into an image to discover its meaning.

One of the great cinematic frissons of recent years, for me, was that moment you describe in the third shot (actually a continuation of this shot) when those scanlines appear. Haneke, always somewhat experimental and meta-cinematical, is deliberately telling us not to trust what we see. And, of course, bookending the film is that amazing shot of the school steps (also a reprise of a shot from earlier in the film) and... what? What do we see? Who is shooting it? And what does it mean? I can think of no more thrilling "ending" to this existential (and epistemological) thriller. (It's also a parable about modern terrorism and xenophobia, but that's a whole other dimension of the film.)

After seeing "Caché" in last year's Toronto Film Festival, I wrote about another of the most extraordinary shots of our time, here: "... a long take with news about Iraq on the television in the center of the screen, behind the husband and wife as they worry over the whereabouts of their son, while the woman calls the mother of one of the boy's friends -- that is the most effective expression of panic and information overload, of world events spilling into private lives in turmoil, that I've ever seen."