Brokeback Jack and the gay "Departed"? 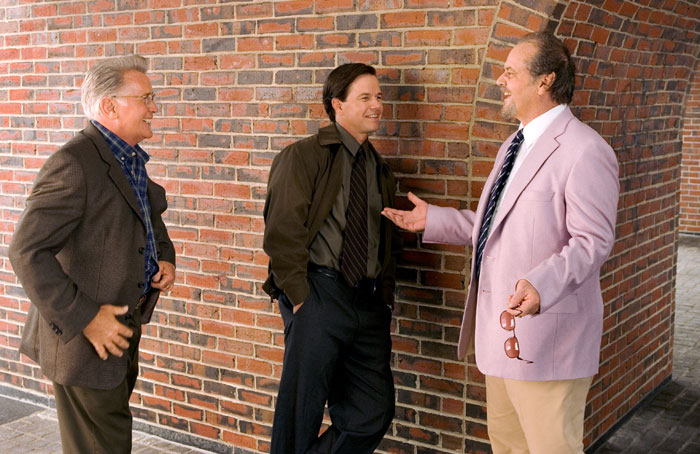 Nicholson's gangster... in a straight jacket?

When I was in college, it was popular for English professors to insist that this character or that character in literature -- or even the authors themselves -- were what we used to call "latent homosexuals." So, for example, Hamlet (who definitely had some mommy problems and daddy issues and treated Ophelia like an old dishrag) was maybe gay. And homoerotic undertones were found in novels (and private letters) by nearly everybody, but especially repressed Victorian writers.

So, when I received a comment from a Scanners reader suggesting that Jack Nicholson's character, Frank Costello, in the (Oscar-winning) Martin Scorsese (Best) Picture, "The Departed," might be read as gay, I thought: "Yeah, OK, sure." And then I thought about it a little more and started laughing: "Well, yeah, of course!" Not that it's any great revelation -- especially for a director who's known for displaying rampant homoeroticism (in his "gangster pictures," especially) -- but there it is. (You think the Academy was subconsciously trying to make up for last year's surprise upset of "Brokeback Mountain"?) I mean, look at the guy's wardrobe.

And consider the final (R-rated) scene between Costello and his girlfriend, Gwen, which struck me as having some negative sexual tension:

COSTELLO
Sweetheart, you’re giving me a hard- on.

He starts to dial the phone.

Are you sure it's me or all that talk about whiffin’ and crawlin’ up asses?

She rises and as she crosses:

Let me straighten you out.

Here's part of the comment from Tam (and DVC mentioned it, too):

Costello and Sullivan [Matt Damon's character] are closeted homosexuals. There are so many implications of this in the movie, although subtle... Remember Costello raising some eyebrows at the restaurant with the priests? Yep, he was molested as a kid by a priest and his distaste toward the Catholic Church is evidence of this. Also, the scene right before Costello is shot and killed by Sullivan, if you remember the dialogue, Sullivan made it very clear that he was no "son" to Costello. "All that murderin' and f--kin'......." Just rewind your dvds to that scene. 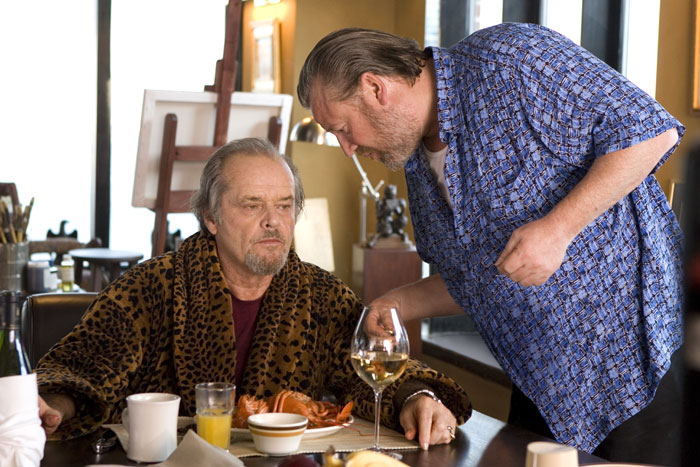 Don we now our gay apparel?

I also researched this movie in depth and it seems that "The Departed" is part based on Irish crime lord, James "Whitey" Bulger's life. Most aspects of Whitey's life mirror the movie... [It] is documented that "Whitey" was [allegedly] bisexual and even had a relationship with FBI agent, H. Paul Rico. Back to the movie, remember when Costello had one of his many mistresses in the room and he threw out some cocaine onto the bed and told her to "get numb," -- well, by the position of their bodies, we can assume the obvious. [Note: Although Bulger has been photographed as recently as last February "dressed up like one of the Village People and ready to play" and "campier than a row of tents" (both descriptions courtesy of the Sunday Mirror he has eluded arrest by the FBI for a dozen years now and remains at large.]

Well people, you make your own opinions as I've made mine. Love the movie, I don't really care about the subtle hints of homosexuality in the film, I just find it incredibly genius of Mr. Scorsese's sneaking it in there.