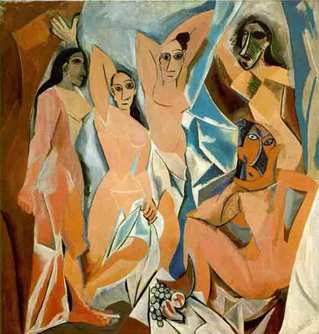 See? Cinephiles and music collectors aren't the only ones who feel the compulsive need to make lists. Though, usually, we flaunt the subjectivity of the exercise (and try not to figure box-office popularity into the equation). But not this University of Chicago economist profiled in Monday's New York Times:

Ask David Galenson to name the single greatest work of art from the 20th century, and he unhesitatingly answers "Les Demoiselles d'Avignon," a 1907 painting by Picasso.

You see, Galenson has who has invented (discovered?) a -- how to put this? -- statistical method to "make qualitative judgments" about art:

To Mr. Galenson markets are what make the 20th century completely different from other eras for art. In earlier periods artists created works for rich patrons generally in the court or the church, which functioned as a monopoly. Only in the 20th century did art enter the marketplace and become a commodity, like a stick of butter or an Hermès bag. In this system, he said, breaking the rules became the most valued attribute. The greatest rewards went to conceptual innovators who frequently changed styles and invented genres. For the first time the idea behind the work of art became more important than the physical object itself.

Economists, of course, have turned their attention to the art world before. Thorstein Veblen, in his 1899 classic, "Theory of the Leisure Class," discussed how the newly moneyed turned everything, including art, into elements of conspicuous consumption.

Not that there's anything all that new about art as a consumer product, about "conceptual art." (I'm certainly not the only one who has written about how home video -- the idea that you could actually own a movie -- has completely revolutionized the original notion of movies as ephemeral events that occur in a particular time and place.) But film and every other art/entertainment form I can think of now either rely on some contexual familiarity with what has come before in order to grasp their meaning, or exist in some kind of memory void where history just doesn't exist. As an example, I was recently working on a too-be-published piece in which I quoted Pauline Kael on "Star Wars" in 1977:

Maybe the only real inspiration involved in 'Star Wars' was to set its sci-fi galaxy in the pop-culture past, and turn old-movie ineptness into conscious Pop Art.... Lucas has got the tone of bad movies down pat: you never catch the actors deliberately acting badly, they just seem to be bad actors, on contract to Monogram or Republic, their klunky enthusiasm polished at the Ricky Nelson school of acting.

What was apparent in 1977, and even more so now, is that Kael was absolutely right, but who cared? Surely the movie was never intended to be anything more than a technologically souped-up Buck Rogers serial, right? Well, that's exactly what it was, is, and was always was intended to be. As was " Raiders of the Lost Ark." But now a generation or two have grown up with the adventures of Luke and Indy as treasured (and endlessly repeatable, memorizable) treasures of their formative years. They don't know from Buck Rogers or Monogram Pictures (even though, let me add, that Lucas's "THX 1138" actually began with a clip from a Buck Rogers serial), and they're likely to treat Star Wars and Indiana Jones movies as the Holy Grails of Cinema. (Let's face it: How many in the original audiences for these films -- the ones who made them into pop-cultural sensations to begin with -- even knew what they were based upon? And it wasn't primarily Joseph Campbell and Kurosawa, either.)

Conceptual people -- the Young Geniuses -- emphasize the new idea, and plan their work very carefully. They often say that the execution is perfunctory. Indeed, in today's world, some of the greatest conceptual artists don't even execute their own work--they have it made by other people. But the Old Masters are never entirely sure what it is they want done, so they couldn't possibly have anybody else do it. Cezanne couldn't have said to somebody, "Go and make a painting for me." 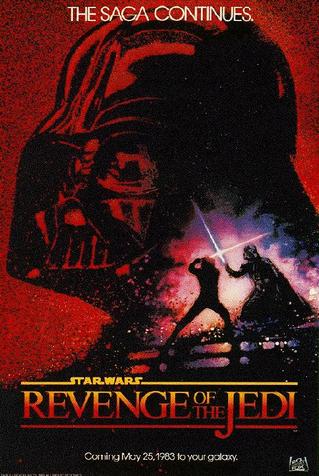 The same is true of cinema, and it's interesting to see how the latter-day generation known as the Young Geniuses "Movie Brats" incorporated their own childhood movie memories into their work. Like, say, Brian De Palma's overt remakes of Hitchcock's "Vertigo" as "Obsession" (written by "Taxi Driver" scribe Paul Schrader), or Antonioni's "Blow Up" as "Blow Out," or Howard Hawks's "Scarface" as... well, "Scarface." And let's not forget the way De Palma wittily and thrillingly incorporated the Odessa Steps sequence from "Potemkin" as a central set-piece in "The Untouchables." Steven Spielberg's "The Color Purple" must surely be incomprehensible to anybody unfamiliar with the silent melodramas of D.W. Griffith (not that Spielberg was actually a kid in Griffith's heyday) -- as would Martin Scorsese's "New York, New York" be to someone ignorant of the tradition of MGM musicals (particularly those directed by Liza Minnelli's father Vincente), or "GoodFellas" to somebody who wasn't conversant with the conventions of Warner Bros. gangster pictures. Sure, the movies would still make sense... but, well, they wouldn't really make sense.

Not that knowledge of context, history, or reality should inhibit anyone's enjoyment. Most of these movies (OK, maybe not the Star Wars prequels) are highly enjoyable. But Star Wars (a conceptual series if ever there was one -- and, indeed, Lucas did farm out "Empire Strikes Back" and "Return of the Jedi" to be directed by others) and Indiana Jones are creations of a particular time, beginning in the late 1970s and early 1980s, that exist in relationship to another time (American matinee movies of the 1930s to 1950s). To fail to acknowledge that is simply to be incapable of fully appreciating the movies that are right in front of your face. You don't need to have knowledge or experience of pulp serials in order to like them, just to be able to see what's going on in them. (Heck, if you don't remember Gedde Watanabe's character in "Sixteen Candles," you'll miss out on one of the most ingenious conceptual gags in "Harold & Kumar Go to White Castle." And that would be a damn shame because it's really, really funny and you won't even know it.)

Remember, too, that film history is only about 100 years old, so there are still people alive today who can remember almost the entire scope of feature filmmaking from its earliest days. There are people who don't know music before the relatively recent inventions of hip-hop, rock, or bebop, too -- and music is many, many centuries older than film. Did you know that "Tainted Love," the synthesized 1981 hit by Soft Cell, featured in episode three of "Generation Kill," was a soul track originally recorded by Gloria Jones in 1964? Anybody recall the ingenious way Steely Dan re-created Horace Silver's "Song For My Father" as the intro to "Rikki Don't Lose That Number"? Or how Duke Ellington, Lester Young, Charlie Parker, Ornette Coleman and many others based songs and improvisations on chord changes from Gershwin's "I Got Rhythm"? Or even when The Turtles sued De La Soul for sampling their hit "You Showed Me" on "3 Feet High and Rising" in 1989 -- thus forever changing the way music was licensed for sampling? Oh, never mind...

[Come back for Part 2: "The Dark Knight" and the greatest movie ever made.]