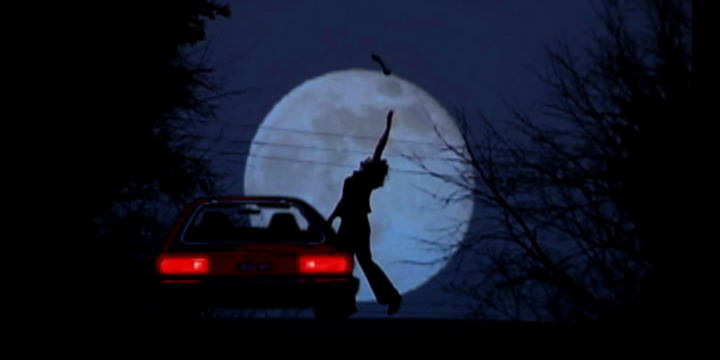 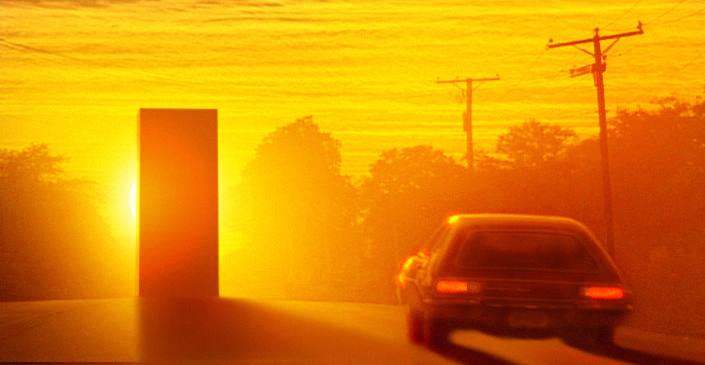 How about this one?

In James Bridges' "September 30, 1955" (1978), Richard Thomas (then best-known as John-Boy Walton on TV) played an Arkansas college student devastated by the death of his idol James Dean on the title date. In Patrick Read Johnson's "5-25-77," John Francis Daley (best-known as the great Sam Weir in "Freaks & Geeks") plays, basically, Patrick Read Johnson, who visited his idol Steven Spielberg on his spring break in 1977 (while Spielberg was finishing up "Close Encounters"). As the story goes, Johnson got to see an early screening of "Star Wars" (which opened on the title date 30 years ago) while there were still dogfight scenes from old WW II movies in place of the spaceships, and proclaimed himself the world's #1 "Star Wars" Fan. In his semi-autobiographical movie -- "from the producers of "Star Wars" and "American Graffiti" (Fred Roos and Gary Kurtz) -- Johnson tells a version of his own story, about growing up in a small Midwestern town and trying to make it to a showing of "Star Wars" on the first day of its release. Teaser trailer here -- at least for the time being. (BTW, Anybody else remember with fondness the episode of "That '70s Show" in which Topher Grace and pals were smitten with "Star Wars" mania? It captured the now-bittersweet utopian euphoria the movie inspired at the time.) 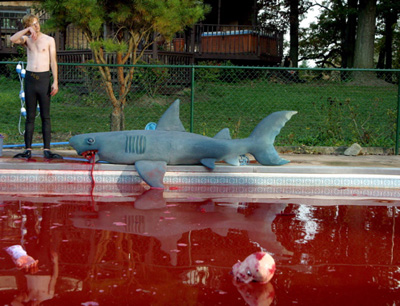 Twitch had some sympathetic ruminations about "5-25-77" and the "Star Wars" phenomenon last year that I'd like to share with you on the 30th anniversary of that Portentous Day:

I've learned the hard way that there is a basic generational gap involved with "Star Wars" fans. There is the current crop for whom the prequel trilogy was their first exposure, and then there are the rest of us.

While I'm not quite old enough to have seen "A New Hope" on its first run it is no exaggeration at all to say that "Star Wars" populated the landscape of my imagination like nothing else at least until I hit puberty. The "Star Wars" universe is where I lived out my childhood. [...]

The current crop of "Star Wars" fans can't seem to understand why us older lot are so bothered by the over-digitization of our childhood dream-world. But Patrick Read Johnson does. And how. "5-25-77" is his loosely autobiographical film about the impact of "Star Wars" on his own life as a teenage geek in love with the movies. We linked to an early, very rough teaser a while back but we have just been sent the full length trailer and if the film comes anywhere close to living up to this Johnson has made one of the most loving odes to geekdom ever. It is simply fantastic.