TIFF #1: Darwin, Herzog, the Coens and the Antichrist 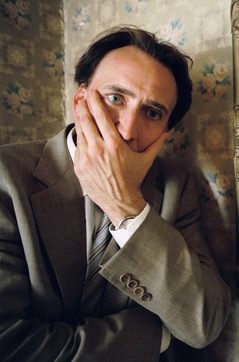 I've just finished combing through the list of films in this year's Toronto Film Festival, and I have it narrowed down to 49. I look at the list and sigh. How can I see six films a day, write a blog, see people and sleep? Nor do I believe the list includes all the films I should see, and it's certainly missing films I will see. How it happens is, you're standing in line and hear buzz about something. Or a trusted friend provides a title you must see. Or you go to a movie you haven't heard much about, just on a hunch, and it turns out to be "Juno."

I can't wait to dive in. Knowing something of my enthusiasms, faithful reader, let me tell you that TIFF 2009's opening night is a film about the life of Charles Darwin. The festival includes the film of Cormac McCarthy's "The Road." And new films by the Coen brothers, Todd Solondz, Michael Moore, Atom Egoyan, Pedro Almodovar, Hirokazu Kore-Eda, Alain Resnais and Guy Maddin--and not one but two new films by Werner Herzog. Plus separate new films by the three key talents involved in Juno: The actress Ellen Page, the director Jason Reitman, and the writer Diablo Cody.

Okay, I've already seen two of those. They were screened here in Chicago (Page as a teenage Roller Derby in "Whip It," Cody's script for "Jennifer's Body," starring Megan Fox as a high school man-eater, and that's not a metaphor). I already saw more than ten of this year's entries at Cannes, including Lars Von Trier's controversial "Antichrist," Jane Campion's "Bright Star," Gaspar Noe's "Enter the Void," Almodovar's "Broken Embraces," Bong Joon-Ho's "Mother," Lee Daniels' "Precious," Mia Hansen-Løve's "The Father of My Children," and Resnais's "Wild Grass." A lot of good films there. Not all of them, but a lot.

So am I ahead of the game? Hollow laugh. Sometimes I think Ken Turan, the esteemed film critic of the Los Angeles Times, has the right idea. He makes no effort to conceal his practice of grabbing an aisle seat and leaving after the first 15 or 20 minutes. Publicists don't have panic attacks, because he makes it clear his walk-outs are strategic, not judgmental.

"That way I get a good overview of a festival, and I'll see the whole film when it opens. It will be fresh in my mind, and since I'm not seeing the whole thing for a second time, it'll have a greater impact," he tells me. Kenny will check off 50, maybe 75 movies, minimum. There is a method to his madness. Me, I sit there for the whole thing, even "The Brown Bunny." Sometimes in desperation I try to will myself to doze off, but you can never sleep when you want to. 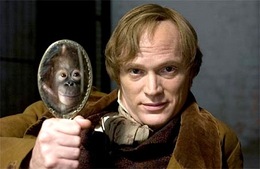 Ken and I will have it easier at Toronto this year because we both saw von Trier's "Antichrist" at Cannes. A visionary apocalyptic canvas or a disgusting and pornographic exploitation of women, depending on who you believe. Well, I saw all of it, and when he does, does he have a surprise coming. "Antichrist" was the first TIFF selection to completely sell out in advance. I expect the press screening to be so crowded the Mounties may have to use dogs and fire hoses.

I anticipate Jon Amiel's "Creation," about Darwin, because I'm an admirer of the Theory of Evolution. But the film I anticipate most of all is "Bad Lieutenant: Port of Call, New Orleans," by Herzog. Nicolas Cage, an actor who was born to work with Herzog, plays a New Orleans cop who is rotten to the core. The film's title and the rotten cop, but apparently not much else, are borrowed from Abel Ferrara's 1992 film, chosen by Martin Scorsese as one of the ten best films of the 1990s. The Herzog film just premiered at Venice to good reviews. If ever there was a director incapable of merely "remaking" someone else's film, that would be Werner Herzog.

The Coens are back home again in Minnesota for their "A Serious Man," which stars Michael Stuhlbarg as a physics professor in the 1960s, when it was easier to believe in a Newtonian universe. Their "Burn After Reading," at last year's festival, was generally received as a disappointment but with those boys, you just never know. 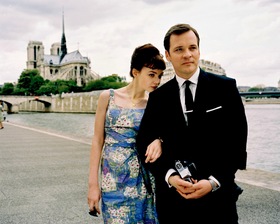 Carey Mulligan and Peter Sarsgaard in "An Education"

Michael Moore will be flying in from Venice with his "Capitalism," which got favorable reviews. I gather it isn't so much about capitalism as its manifestation in the modern banking system, which cheerfully underwrote the mortgage bubble and rewarded itself so handsomely. Love Moore or despise him, and many are in both camps, you can always count on an uncommonly entertaining documentary.

Some of the TIFF films, many of them strong, were screened early for Chicago critics. The one that stood out for me above all the others was Lone Scherrig's "An Education," starring Carey Mulligan as a 16-year-old who starts dating a man well into his 30s (Peter Sarsgaard). In 1960s London, he's everything the witless boys her age are not--and also not everything he seems to be.

There's something about Sarsgaard's cool detachment that makes him ideal for roles involving plausible deception; we can even believe it when he convinces her protective parents to trust him. What a smoothie. What's special about the film is the way it takes a common enough movie situation and reinvents it from scratch, especially with the intelligent, far from clueless, teenage girl.

It has long been said that opening night at Toronto represents opening day of the Academy Award season. Waiting for the curtain to raise, who looks like a sure thing for nomination? Carey Mulligan from "An Education," I'd say. The scenes in Paris will remind you of Audrey Hepburn.

When I get to Toronto I'll be blogging on a more or less daily basis.