Cannes #1: On a darkling plain 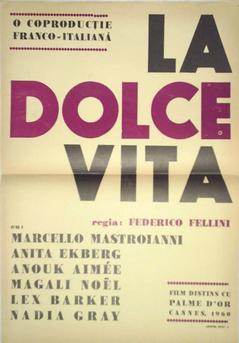 Fifty years ago, the Palme d'Or winner at Cannes was Fellini's "La Dolce Vita." More every year I realize that it was the film of my lifetime. But indulge me while I list some more titles.

The other entries in the official competition included "Ballad of a Soldier," by Grigori Chukhrai; "Lady with a Dog," by Iosif Kheifits; "Home from the Hill," by Vincente Minnelli; "The Virgin Spring," by Ingmar Bergman; "Kagi," by Kon Ichikawa; "L'Avventura," by Michelangelo Antonioni; "Le Trou," by Jacques Becker; "Never on Sunday," by Jules Dassin; "Sons and Lovers," by Jack Cardiff; "The Savage Innocents," by Nicholas Ray, and "The Young One," by Luis Bunuel.

And many more. But I am not here at the 2010 Cannes Film Festival to mourn the present and praise the past. 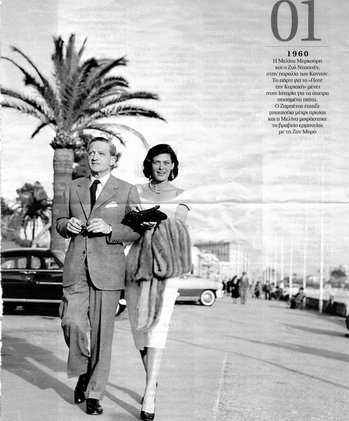 Cannes is still the most important annual event in the world of what some of us consider good cinema. The Official Competition here is so much better, as a group, than all the nominees for the Academy Award that it makes you want to cry. My friend Richard Corliss thought the 2009 Cannes festival was the best in its history. I fully expect this year's Cannes to show me great movies.

But we are here at the end of something and not the beginning. The traditional model we grew up with is dying. We expected to hear about new films through news from festivals, Hollywood premieres, and reviews from New York and Los Angeles, to begin with. Then the films and the reviews would fan out across the country. In my Illinois home town, I was able to see all 12 of the films listed above in 35mm, on a big screen. 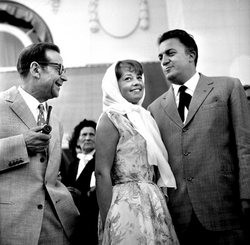 Some few of you may be able to see several of this year's Cannes successes if you live in big cities. Others will play via Video on Demand, or stream online. They'll be on DVD. The one you will surely be able to see is the opening night film, Ridley Scott's "Robin Hood," starring Russell Crowe. That film has no business here. But remember that Cannes is an attraction as well as a festival, and all the world will goggle at photos and TV of Crowe and Cate Blanchett on the red carpet. And for a moment, this will seem once again to be the center of the world of film. We of the critical corps will begin every day at the 8:30 a.m. press screening and see each other again three or four movies later. We will jam the press conferences. You will be able to read hundreds of thousands of Cannes reports, all with the subtext, "Man, am I happy to be here." It will be a fabulous 10 days.

But at home, the studios have won an important victory, and will now be able to premiere their new releases on television on the same day they open in theaters. There is nothing to compel them to pre-screen them for the critics. If they don't, the result will be a mainstream cinema based entirely on advertising and marketing.

Some of those video premieres will be on ad-free cable. Some will be on cable and network outlets with advertising. Imagine seeing "Precious" the first time with commercial interruptions. 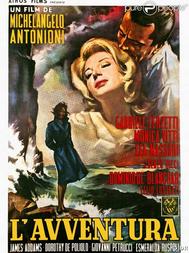 It may not get that bad. It may. In my nightmares, I imagine first-run Hollywood cinema becoming The Movie of the Week, pitched at the broadest possible audience. If box office grosses are a sad way to rate a movie's success, how much worse are opening night Nielsen ratings. I see stories pitched to safe genres: Horror, romcom, sci-fi. I see quirky pictures, what we amusingly call Art Films, disregarded.

Disney has already announced it will make no more ordinary first run movies, and will focus on 3D, animation, superheroes and franchises. The studio that gave us "Down and Out in Beverly Hills," "Pretty Woman" and "Good Morning, Vietnam" wants to do so no more. The new, well-financed CBS Films says it will focus on "midstream" movies. Their second: The appalling "The Back-Up Plan." Think what that could gross in one night on TV with a good ad campaign. The stinkero word of mouth would arrive the morning after. 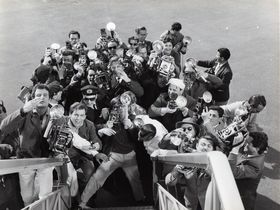 Cannes has just added one more film to this year's lineup, Ken Loach's "Route Irish." It's the story of an employee of a private contractor in Iraq, like Blackwater, whose friend is killed. Conventional wisdom is that Iraq War films die the box office. I guess they do. Vietnam films didn't. That's an idea for another piece. Most of the people reading this will know very well who Ken Loach is. Most other people don't know and don't care. Loach, who cares more about his films than his bank account, has just opened a YouTube channel and posted several of his movies for free. You want to start somewhere, start with "Kes." 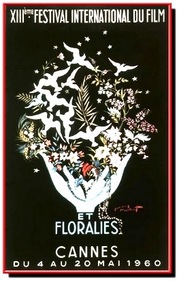 Other directors with new films here this year include Alejandro Gonzalez Inarritu, Abbas Kiarostami, Takeshi Kitano, Lee Chang-dong, Mike Leigh, Doug Liman, Nikita Mikhalkov, and Bertrand Tavernier. I've had a problem with Kiarostami, but I eagerly await his next one, just as I awaited David Lynch's work in years when I wasn't responding to it. There's no doubt in my mind Kiarostami is a serious artist with a fierce dedication, and whether he connects with me is not his problem, it's mine. A director who creates outside crass, dumbed-down channels is a human resource.

The best film here this year will quite likely be by a director I'm unfamiliar with. That'll be all the better. I'll be there every morning to join my fellow acolytes in worship at the Temple of Cinema, also known as the Palais des Festivals. And we'll be hurrying down the rue d'Antibes for a small indie film showing in the Marketplace. This world may be dying, but not yet.