Don't say you'll die for me unless you really mean it

If you’re a vampire, it’s all about you. Why is Edward Cullen obsessed to the point of erotomania by Bella Swan? Because she smells so yummy, but he doesn’t want to kill her. Here’s what he tells her: He must not be around her. He might sink his fangs in just a little, and not be able to stop. She finds this overwhelmingly attractive. She tells him he is the most beautiful thing she has ever seen. I don’t remember Edward ever saying that to her. Maybe once. He keeps on saying they should stay far, far apart, because he craves her so much.

Should a woman fall in love with a man because he desires her so much? Men seem to think so. It's not about the woman, it's about the man's desire. We all know there is no such thing as a vampire. Come on now, what is "Twilight" really about? It's about a teenage boy trying to practice abstinence, and how, in the heat of the moment, it's really, really hard. And about a girl who wants to go all the way with him, and doesn't care what might happen. He's so beautiful she would do anything for him. She is the embodiment of the sentiment, "I'd die for you." She is, like many adolescents, a thanatophile.

If there were no vampires in "Twilight," it would be a thin-blooded teenage romance, about two good-looking kids who want each other so much because they want each other so much. Sometimes that's all it's about, isn't it? They're in love with being in love. In "Twilight," however, they have a seductive disagreement about whether he should kill her. She's like, I don't especially want to die, but if that's what it takes, count me in. She is touched by his devotion. Think what a sacrifice he is making on her behalf. On Prom Night, on the stage of the not especially private gazebo in the public gardens, he teeters right on the brink of a fang job, and then brings all of her trembling to a dead stand-still.

The movie is lush and beautiful, and the actors are well-chosen. You may recall Robert Pattinson (Edward) as Cedric Diggory, who on Voldemort's orders was murdered in a graveyard in "Harry Potter and the Goblet of Fire." Maybe he was already a vampire. Pattinson is not unaware of how handsome he is. When Bella and Edward, still strangers, exchange stern and burning looks in the school cafeteria, he transfixes her with a dark and glowering - nay, penetrating - stare. I checked Pattinson out on Google Images and found he almost always glowers at the camera 'neath shadowed brow. Kristen Stewart's Bella, on the other hand, is a fresh-faced innocent who is totally undefended against his voltage.

Bella has left her mom and stepdad in hot Arizona, clutching a potted cactus, to come live in the clammy, rainy Pacific Northwest, home of Seasonal Affective Disorder. Her dad (Billy Burke) is the chief of police of the very small town of Forks, Washington (pop. 3,120). His greatest asset: "He doesn't hover." At high school, she quickly notices the preternaturally pale Cullen clan, who in some shots seem to be wearing as much Max Factor Pancake White as Harry Langdon. Edward is 114 years old. He must be really tired of taking biology class. Darwin came in during his watch, and proved vampires can't exist.

There are other strange youths around, including American Indians who appear not too distantly descended from their tribe's ancestors, wolves. Great tension between the wolves and vampires. Also some rival vampires around. How small is this town? The Forks high school is so big, it must serve a consolidated district serving the whole table setting. The main local Normal Kid is a nice sandy-haired boy who asks Bella to the prom. He's out of his depth here, unless he can transmogrify into a grizzly. Also there are four grey-bearded coots at the next table in the local diner, who eavesdrop and exchange significant glances and get big, significant close-ups but are still just sitting significantly nodding, for all I know.

Edward has the ability to move as swiftly as Superman. Like him he can stop a runaway pickup with one arm. He rescues Bella twice that I remember, maybe because he truly loves her, maybe because he's saving her for later. She has questions. "How did you appear out of nowhere and stop that truck?" Well might she ask. When he finally explains that he is a vampire, he goes up from 8 to 10 on her Erotometer. Why do girls always prefer the distant, aloof, handsome, dangerous dudes instead of cheerful chaps like me?

"Twilight" will mesmerize its target audience, 16-year-old girls and their grandmothers. Their mothers know all too much about boys like this. I saw it at a sneak preview. Last time I saw a movie in that same theater, the audience welcomed it as an opportunity to catch up on gossip, texting, and laughing at private jokes. This time the audience was rapt with attention. Sometimes a soft chuckle, as when the principal Indian boy has well-developed incisors. Sometimes a soft sigh. Afterwards, I eavesdropped on some conversations. A few were saying, "He's so hot!" More floated in a sweet dreaminess. Edward seemed to stir their surrender instincts.

The movie, based on the Stephenie Meyer novel, was directed by Catherine Hardwicke. She uses her great discovery, Nikki Reed, in the role of the beautiful Rosalie Hale. Reed wrote Hardwick's "Thirteen" (2003) when she was only 14. That was a movie that knew a lot more about teenage girls. The girl played by Reed in that movie would make mincemeat of Edward. But I understand who "Twilight" appeals to, and it sure will.

Note: Now playing around the country is the much better and more realistic teenage vampire movie "Let the Right One In," a Swedish import scheduled to be Twilighted by Hollywood. In this one, the vampire girl protects the boy and would never dream of killing him. That's your difference right there between girls and boys. Warning: This is very R-rated. 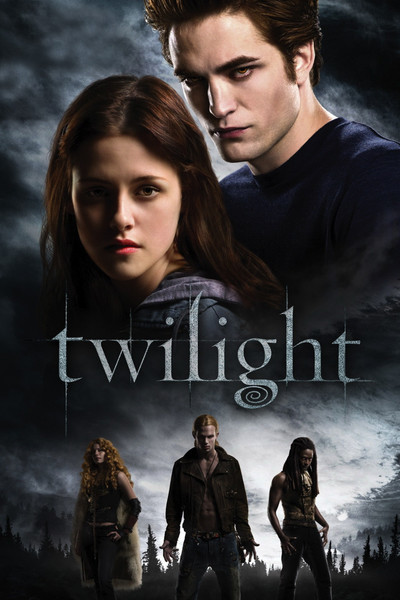