Sometimes you want a movie to give you the space to think whatever you want to think about the characters, or go back and forth on how you feel about their actions, because the act of sorting it out is what makes the experience memorable. "The Kitchen" is determined not to be that kind of movie, unfortunately, and it's a shame because it's an original story (based on a comic by Ollie Masters and Ming Doyle) that's constructed around three strong actresses, rather than a market-tested, male-driven property that's been halfheartedly futzed with to create a "female version."

In its heart, this star vehicle for Elisabeth Moss, Melissa McCarthy and Tiffany Haddish is a down-and-dirty 1970s street-level crime picture, about a trio of gangsters' significant others who take over for their men (Brian d'Arcy James, Kevin O'Carroll, and Jeremy Bobb) after they've been sent to jail, and prove to have a knack for the work. The very idea of "The Kitchen" is thrilling because female stars are consistently more constrained than male stars by distributors' knee-jerk belief that nobody wants to see a project where the leading ladies are less than entirely sympathetic throughout. That's not an issue here: these women are willing to shake down neighborhood businesses, deal with the Mafia, and subcontract horrendous acts, including a murder victim's dismemberment in a bathtub, to hold or expand their power. (As the psycho to whom the women subcontract evil, Domhnall Gleeson is brilliant, a poisonous lizard in human form.)

No popular American genre is more morally challenging than the gangster picture. It induces giddy whiplash through the attraction-repulsion cycle, getting viewers hopped up on power fantasies, adrenaline, and the rush of taboo fantasy, only to leave them appalled with themselves when the characters cross a line and remind us of how cold, even monstrous, they can be, and that we become monstrous, too, when we root for them. This is the right trio of actresses for the job because they're all looking to stretch themselves and push their fans out of their comfort zones. McCarthy and Haddish are still mainly stereotyped as comic leads (though McCarthy briefly escaped that trap with "Can You Ever Forgive Me?"), but both have gravitas and a jagged edge. Moss' gift for dark comedy is underappreciated even after playing Peggy Olson for seven seasons on "Mad Men," a drama that was funnier than most sitcoms; her work in films like "Us" and "Her Smell," which are as horrifying as they are engaging, prove that she's game for anything.

Unfortunately, writer/director Andrea Berloff ("World Trade Center") works overtime to reassure us that these women are not only justified in most of their actions, but are in fact brave pioneers who flout gendered job descriptions. "The Kitchen" is set in the pre-gentrified Upper West Side of New York City, now a bland anti-wonderland of chain drugstores, banks and trendy restaurants, but formerly a working-class Irish-American enclave ruled by the Westies, a gang with Irish roots that did business with the Italian mob (incarnated here by the great character actor Bill Camp).

We're told and told again that McCarthy's Kathy, Haddish's Ruby and Moss' Claire are more sinned against than sinning. But while that seems accurate in its general outlines—Ruby's in-laws are racist goons, Kathy is suffocating in a dutiful and invisible wife role, Claire is violently abused, and Little Jackie (Myk Watford), the associate who initially serves as a kind of stop-gap boss, is a blatantly sexist slimebag who shorts the women's take—there comes a point when the film and the audience should ask whether their past suffering has become an all-purpose excuse for becoming the beastly humans they married. "The Kitchen" never musters up the nerve to go there, and it lacks the provocative nonchalant shrug that 1970s exploitation pictures about poor white and black women turning to crime often had.

There's something uniquely depressing about violent crime movies that go out of their way to insist that their protagonists are safe to root for. It's a bit like those cliched, eat-your-cake-and-have-it-to moments at the end of Hollywood action pictures, where the hero refuses to take revenge against the villain who killed his family, and the villain refuses to accept their benevolence, pulls a knife or a gun, and ends up falling to their death or getting impaled on a conveniently placed wrought-iron fence or boat anchor. The recent films "Out of the Furnace" and "Gotti" are two examples of this craven attitude ruining the genre the filmmakers supposedly adore. If you're gonna make a gangster picture, go ahead and make a gangster picture. Full antihero equality will only be achieved when women are permitted to carry a crime drama by being so charismatic that viewers would consider following them into hell rather than give up the buzz they get from watching them be bad. 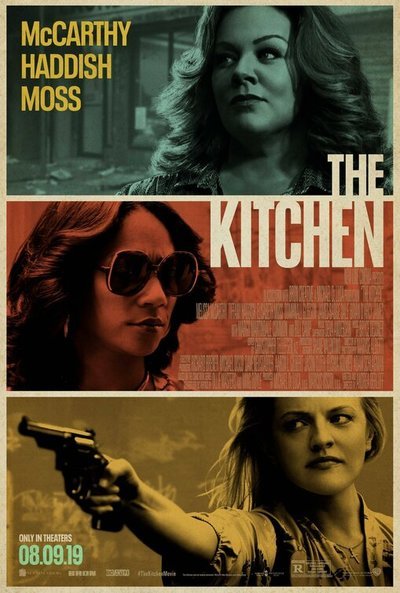 Rated R for violence, language throughout and some sexual content.