Sometimes a film’s trajectory from inception to viewers can impact expectations. Let’s just say that the list of worthwhile movies that sat on the shelf for years and were then dumped into theaters with almost no promotion and no critics screenings is incredibly short. So while it’s nice to say that we approach all films with the same blank slate of critical thought, I have to admit that I wasn’t expecting much from “The Empty Man,” now finally available on VOD after so much struggle to get here. While it’s clear as to what scared studio heads about this adaptation of the graphic novel of the same name, those same issues are almost certain to build a cult following around this sometimes striking and memorable studio oddity. Advertised, however slightly, as a traditional horror film, this is a truly surreal and strange piece of work, anchored by some top-notch craft elements, but weakened a bit by a bloated running time and a conclusion that likely left the few people who saw it in theaters more annoyed than thrilled (hence the startling D+ on CinemaScore). “The Empty Man” draws comparisons to junky studio fare like “The Bye Bye Man” and “Slender Man” but this is a far more ambitious and accomplished piece of work than its reputation.

David Prior’s film sets itself apart from the typically rushed Hollywood genre flick by allowing itself a 22-minute prologue that’s remarkably effective (even if it does add to the bloated 137 minutes total). Four friends are hiking in Bhutan in 1995 when one of them hears a sound in the distance that only he can hear. He wanders off, only to fall into a crevice. A friend hurriedly rappels down to find the young man seated and staring at a terrifying skeleton. He gives him one warning that’s not heeded—“If you touch me, you’ll die”—before he goes catatonic. His three buddies take him back to a nearby cabin, and then things get really weird. The prologue to “The Empty Man” is an effective short film on its own, arguably more so than the rest of the film, and it sets the stage nicely in terms of tone even if it's indulgent for a movie that’s already pretty long.

Cut to the meat of the story in Missouri in 2018. Enter James Lasombra (James Badge Dale), who is celebrating his birthday alone. Flashes of memory and conversation detail the trauma that James now lives with after the loss of his wife and child in a car accident. His only friend seems to be a neighbor named Nora (Marin Ireland), who comes to James when her daughter Amanda (Sasha Frolova) goes missing. The investigation seems half-hearted because Amanda is over 18 and can do what she wants, but James can tell there’s something more to it, and not just because there’s a message in blood that says “The Empty Man made me do it.”

James finds a friend of Amanda’s named Davara (Samantha Logan), who tells him that their group tried to summon The Empty Man recently. The story goes that if you blow into an empty bottle on an empty bridge, the Empty Man will come to you. The first night, you’ll hear him. The second night, you’ll see him. The third night, you’ll feel him. Of course, the legend of The Empty Man owes a great deal to other stories like Bloody Mary, Candyman, and Slender Man, but Prior’s film quickly moves on from a traditional boogeyman story to become something much stranger as James discovers a cult of people may be involved in all of this (including a leader played by Stephen Root). And then he learns that he really has no idea what’s going on as “The Empty Man” avoids a traditional jump scare structure by getting more and more surreal, eventually tying back into that prologue in an unexpected way, and reaching a crazy conclusion that I'm not sure makes a lick of sense. But give me a movie that goes off the rails more than one that neatly wraps up in a predictable way every time.

If it sounds like a lot of movie, even for 137 minutes, that’s because it is. While it has felt like a lot of mini-series lately would have worked better as feature films, “The Empty Man” is the rare movie adaptation that feels like it should have been a Netflix Original Series. Imagine the effective prologue as an entire first episode. And an episodic structure would allow some of the film’s many themes to build in a manner that the rushed final third of this film just doesn’t allow. At a certain point, “The Empty Man” loses too much of its atmosphere and dread because it has to barrel to a conclusion. Yes, it’s long in a counterproductive way because maintaining a horror tone for 137 minutes is almost impossible, but it’s also too short for this story. It becomes cluttered in the final third as revelations pile up and detract from the overall tone of impending doom.

And yet there’s more than enough to like for genre fans. Cinematographer Anastas N. Michos uses space and light well, somehow making the bright snow of the prologue just as imposing as the dark shadows of the final act. Prior eschews jump scares in favor of atmosphere and feels like a very promising director. He’s got the skills in terms of composition and structure, even if his dialogue is sometimes a little thin. He also works well with actors, as this is the umpteenth reminder that James Badge Dale should work more. Dale is an effective everyman who adds unexpected depth every time out.

Most often, studios bury projects like “The Empty Man” because they’re legitimately horrible and they’re trying to figure out exactly how to write off their investment in a way that doesn’t embarrass them too badly. However, every once in a while, a studio buries a project because they don’t get it. How do you sell a film as surreal and unsettling as “The Empty Man”? You don’t even try. If you’re lucky, the audience finds it on their own. Will that happen with “The Empty Man”? It’s too soon to tell how people will respond, but I suspect horror fans will be surprised by a movie experience far fuller than I was expecting. 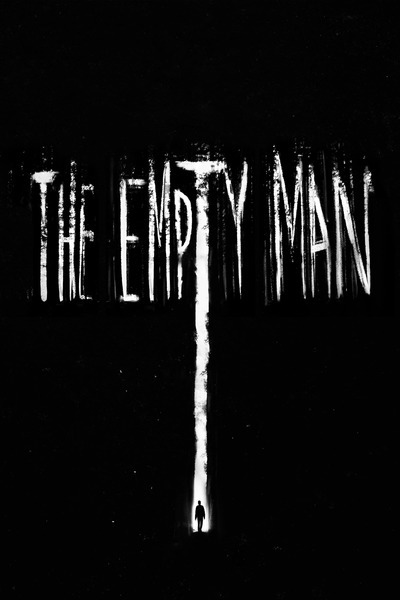 Writer (based on the Boom! Graphic Studios novel by)