For Iranian director Jafar Panahi, officially banned by his country from making films and traveling for at least the next decade, necessity and courage have been the mothers of his cinematic invention. Under different circumstances Panahi has forged sharp, full-hearted parables and critiques of life in his country, such as the 2003 crime drama “Crimson Gold” and the 2006 anti-official-sexism story “Offside.” After his conviction on vague “propaganda” charges in 2010, his access to conventional means of film production was completely cut off, so he resorted to a home video camera and an iPhone to make his 2011 “This Is Not A Film,” a searing and moving self-portrait that also, in spite of or perhaps because of the constraints of its setting, also served as an unsettling portrait of his country. 2013’s “Closed Curtain,” also made in secret with a very limited crew, took the director’s experience of cultural and social isolation to a near-surreal extreme. Panahi’s latest act of defiance is entirely commendable on a number of levels, but I regret to say that from my own perspective, “Taxi” is the weakest of the films he’s made since he was enjoined from making them.

The movie’s title lays out its framework. The action is confined to the interior of a taxi in Iran’s capital city of Tehran. The cab’s equipped with a few cameras that can cover the passenger seat, back seat, driver’s seat, and there’s a view out the front windshield as well. And behind the wheel is … guess who? Panahi himself, and it’s heartening to see him here looking relatively cheerful given the depressive and near-despairing states chronicled in his two prior pictures. Right away the movie gets into “the issues” as it were, with one passenger loudly declaiming that hubcap thieves ought to be hanged not as a matter of consistent policy but as a deterrent, insurance that those contemplating such crimes “get the message.” Then this truculent fellow criticizes Panahi’s driving and sense of direction.

Once that fare has been dispatched, another passenger notes that the angry fellow seems to have been enacting a patch of dialogue from Panahi’s “Crimson Gold.” This brings up the question as to whether what we’re watching is a documentary or a series of stages scenes, something that’s never really resolved. The weird intermediate state of things is perhaps meant to keep the viewer off balance, but the resultant experience is more frustrating than beguiling or provocative. The number of fares (or "fares") who recognize Panahi immediately and make knowing comments about his work could be enacting a purposeful strategy of reflexivity … or the whole thing is some kind of misguided exercise in self-aggrandizement. (“The people of cinema can always be relied on,” one fare says to Panahi warmly.)

Near the end, the picture picks up some steam. After a rather reverse-cloying exchange with a niece, Panahi picks up a woman on her way to a prison visit, who delivers a bracing indictment of the country’s penal system and then comments that were her views to appear in a Panahi film, that movie would be banned on the grounds of “sordid realism.” That latter phrase is allowed to settle into the viewer’s consciousness for a little while before a title card informs the audience that the movie’s credits, if there are to be any, need to be approved by the “Ministry of Islamic Guidance.” These chilling moments underscore the unusual fact that whatever I might have gotten out of “Taxi” from the perspective of my own enlightenment and/or enjoyment, it’s nevertheless a film that on a very crucial level needs to exist. 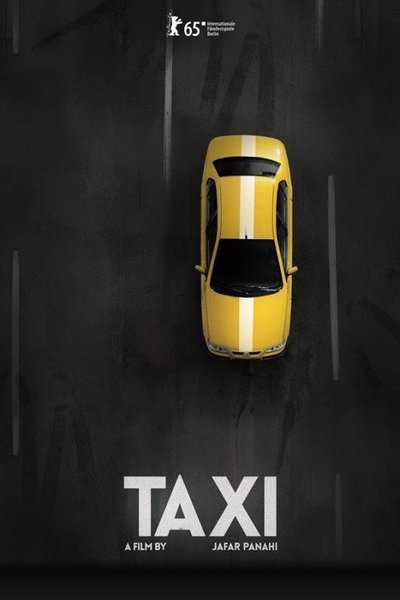