Once one of the wildest of the wild men of cinema, director Abel Ferrara has settled down as he has gotten older. The man who loved to shock, outrage and even disgust us to our delight with films such as his proto-feminist revenge thriller "Ms. 45," "The Driller Killer," "Bad Lieutenant," and "King of New York" (not to mention the still vastly under appreciated "Body Snatchers," his only major studio-backed project) been making more self reflective, introspective films as of that. That includes "Tommaso" with Willem Dafoe about an artist living in Italy coming to grips with his life, and documentaries such as "Alive In France," "Napoli, Napoli, Napoli" and "Mulberry St."

Like all talented directors who have mellowed with age, that mellowing has given him a greater insight about his work, his approach, and the themes that have dominated his films. Films such as "Tommaso," "Pasolini" and "Alive in France" are reflections on what it means to be an artist and the joys (especially in "Alive In France") but also the tortures for a creative to express themselves and the emotional toll that it can eventually take.

However, his new film "Siberia" (not be confused with the 2018 suspense thriller with Keanu Reeves) is a genuine misfire that is not nearly profound as it wants to be. Co-written by Ferrara and Christ Zois, who also wrote the Ferrara films "Welcome to New York," "The Blackout" and "New Rose Hotel," this picture can be described best as minimalist pretentiousness, a lot of angst and suffering with no particular place to go. Though very pretty to look at with stunning camera work by Italian cinematographer Stefano Falivene (who also shot Ferrara’s "Mary" and "Pasolini") the film, despite its trim 90-minute running time, is a long one to get through.

The plot, if there is one, revolves around Clint (Dafoe in his sixth collaboration with Ferarra). Clint runs a sort of bar and way station somewhere in the inhabitable frozen North, where he serves drinks to occasional passersby who don't speak English. But before we can get our bearings, we’re on a strange mind-bending journey or extended dream, as Dafoe travels around the world in the twinkling of an eye to Sub-Saharan deserts to Tryolian mountains to deep dark caves, pastoral landscapes and bottomless pits, reliving memories from his painful past. And, of course, this being a Ferrara movie, there are ample displays of nudity, sex, and disturbing images. Sometimes there's shocking violence, like a brutal bear attack on Dafoe that ends as suddenly as it begins.

Perhaps all the intentional madness and confusion could have worked if we had any clue to what Ferrara is trying to accomplish with all this. Is Dafoe dead in some sort of purgatory for his sins? Or is he just going through a really bad acid trip? Unfortunately, we’re not helped by the clumsy poor dialogue, which is both overly pretentious and banal at the same time, mixing quotes by Nietzsche with philosophical mish-mash that says much but means nothing.

Though there are some interesting turns by Simon McBurney as a sort of magician and Dounia Sichov as Clint’s ex-wife from a previous life, the film is primarily a one-man show for Dafoe. And though he's good at bringing his patented intensity to the role of Clint, Dafoe is left floundering with no depth or substance to his part because he's essentially is given nothing to work with.

At the end, all we’re left to wonder is what does it all mean? It all means whatever you want it to mean. We’ve not given any clues and Ferrara evidently prefers it that way, which is our loss. 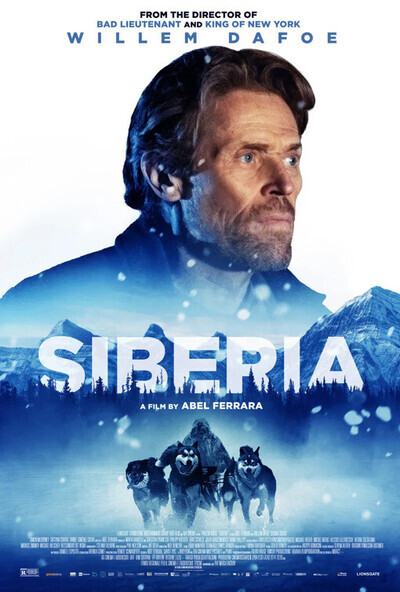