In Bartlett’s Book of Anecdotes, under “Billy Wilder,” there’s this story: “Wilder wanted Gloria Swanson’s suicide attempt in ‘Sunset Boulevard’ to look authentic, and instructed his cameraman John Seitz to angle the camera just so. “Johnny, it’s the usual slashed-wrist shot,” he said. Later in the film, filming the funeral of Swanson’s pet monkey, he said, “Johnny, it’s the usual dead-chimpanzee setup.”

I think of this amusing story every now and then, maybe more often than I should have to, when watching contemporary films. It came to mind early in this movie, a romantic thriller starring Keanu Reeves and Ana Ularu. Reeves plays Lucas, an American dealer in smuggled goods, specifically diamonds. On arriving in St. Petersburg, Lucas discovers his partner has disappeared and with him the diamonds they were to sell to a party represented by a Russian gangster literally named Boris.

Director Matthew Ross gives Boris a “big” entrance. He enters the hotel lobby, cigar in mouth, flanked on either side by guys who look just as thuggish as he. The blocking is beyond obvious; the body language of the actors (Boris is played by Pasha D. Lychnikov) is Central Casting Menace. The only thing Ross spares us is slow motion. It’s the usual Russian Gangster Entrance Setup.

Sometimes you have to wonder if it’s the director’s actual inability to set up a mood, or if he just doesn’t care. Once Lucas is obliged to fly to the title area and falls in with a world weary, beautiful bartender played by Ularu, the movie picks up a bit, probably because Ross has more invested in the new lovers’ passion than he does in the cat-and-mouse element of the story.

After Lucas has a conflict with a few of the Siberian rednecks who populate the bar where Ularu’s character Katya works, she puts him up at her place, and the next morning says “What would you do if I asked you to sleep with me?” Lucas can only answer “Now?” Her rationale is not exactly the most alluring: she figures everyone in her gossipy neck of the woods has assumed the deed has been done anyway. Nevertheless, it is soon evident that these two crazy kids can’t keep their hands off each other, and so it goes.

Ross and his lead actors are committed in their depiction of amour kind-of fou, but not so great at making the psychology of the characters understood. Lucas has a wife in the States (Molly Ringwald), and there seems to be nothing overtly wrong with their marriage. Lucas’ hesitation seems entirely in character. The abandon with which he abandons his principles is hormonally comprehensible, one supposes. But the sacrifices he’s later compelled to make on Katya’s behalf are more symbolically freighted than they are narratively plausible.

Things get ugly for the new couple, particularly after Katya gets drawn into Lucas’ dirty dealing, and Boris makes an indecent proposal during a tradeoff meeting that devolves into a grotesque double date of sorts. The strength of the lead performers is commendable, but like the director's previous film, “Frank and Lola,” this movie eventually suffers not just from Ross’ willingness to settle in some areas, but his insistence on a conventional mode of grimness. 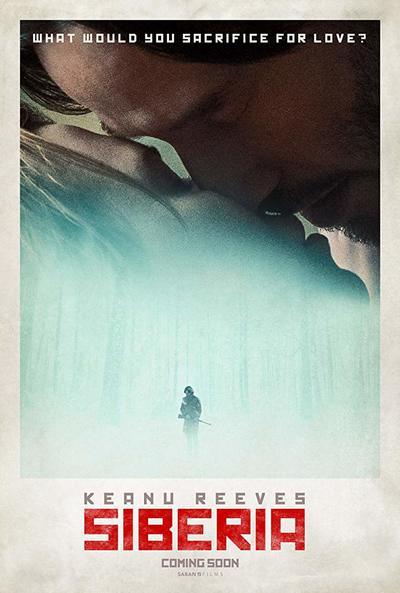 Rated R for strong sexual content, nudity, language, some violence and drug use.