[This is a review of the 109-minute cut of "Welcome to NewYork" that IFC is releasing theatrically and on VOD. We have chosen not to rate this version of the film since it's not the film its creators intended to release.]

If you only see the 109-minute version of "Welcome to New York," you might notice that the film's first half feels sped up. Events that lead to the rape of an unnamed maid (Pamela Afesi) play out at a normal rate, but not once Devereaux gets to his hotel room. We see Devereaux go to his hotel room, briefly have sex with a prostitute, and then join two unidentified male friends in dousing a group of ladies of the night in alcohol. He takes a cab to JFK airport, and is then arrested, and bailed out by his impatient wife Simone (Jacqueline Bisset).

These introductory moments are crucial. They establish Devereaux's unstable character, and relate his self-image as a ravenous animal. Like many of Ferrara's characters, Devereaux is knowingly putting on a show, and effectively heeding advice that Ferrara once gave Gavin Smith in a 1997 Sight & Sound interview: "Once you're a predator, you better take it all the way." You can't really see Devereaux's complex motives in the film's 109-minute version, and that makes the film's second half, which relies on the deterioration of Devereaux as a natural performer, fairly insubstantial. You might not notice the omission of key scenes where Devereaux both gives and receives oral pleasure, and prematurely climaxes while grunting like a boar. And you probably won't notice that, in a missing scene, two power-high prostitutes leave Devereaux's room, and heedlessly kiss and fondle each other until they bump into two other hotel patrons.

But you can't ignore the rushed editing of the 109-minute cut's sex scenes. In these over-edited sequences, you don't get any real insight into Devereaux, and therefore can't understand why his attitude is infectious, and therefore dangerous. Without that connection, there's nothing to the scene where Josh (JD Taylor), the man that's dating Devereaux's daughter Sophie (Marie Moute), gives in to Devereaux's wolfish questioning, and tells Devereaux that "the f**king" of Sophie is quite "wonderful." You can form your own conclusions based on what remains on the screen, but essential context is missing.

More importantly, the 109-minute version of "Welcome to New York" undermines the film's basic meaning by re-positioning the maid's rape as a flashback. We see Devereaux advancing on the maid, then hear a scream from behind a closed hotel door. But we only see Devereaux advance on, and attack his maid later, when she's giving her statement to the New York Police Department. This changes the meaning of the film, though a scene where Afesi's maid picks Devereaux out of a line-up helps somewhat.

In the 109-minute cut, Devereaux's crisis of personality makes sense, but feels generic, like bad karma catching up with some gross guy. Moreover, by making the maid's rape a flashback, the producers suggest that maybe Devereaux isn't completely guilty. They create ambiguity where they shouldn't be any: rape is what happens when men think they can turn unwilling victims into supporting characters in their own power play. If you allow that maybe Devereaux's not guilty, or that we don't really know what a fictional character did, then the film loses its righteous fury.

I tried to watch the 109-minute cut of "Welcome to NewYork" as if it were my first exposure to the film. The film I saw basically made sense, and was essentially watchable. But it's not right to change what might have been one of the best films of the year—the 125-minute cut is very good—until it's just sort of, kind of tolerable. Hopefully, Ferrara can resolve his disputes with Wild Bunch and IFC, because "Welcome to New York" deserves to be seen—just not like this. 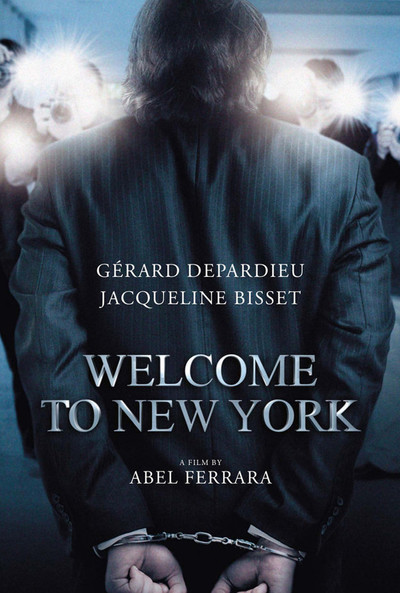