As movie-going experiences go, there is nothing worse than to sit through what purports to be a comedy and never have a reason to engage your laugh reflex. Exhibit A: The gender-switch remake of the 1987 screwball farce, "Overboard."

Granted, I was never a big fan of the original, which starred real-life couple Kurt Russell and Goldie Hawn. But it was directed capably by Garry Marshall, who at least knew how to set up a joke, lame or not, and keep matters zippy. The script written by Leslie Dixon, one of the prime generators of the decade’s many high-concept, low-humor chuckle fests (“Mrs. Doubtfire,” “Outrageous Fortune,” “Look Who’s Talking Now”), pitted Hawn’s pampered rich-bitch princess, who ends up with amnesia after falling off her yacht, against Russell’s struggling widower carpenter and father of four. Since she stiffed him on his bill before her accident, he takes advantage of her memory loss and claims she is his wife and mother to his kids—and quickly loads her up with a barrage of household chores. She soon learns to care about others in a homey setting and the feuding twosome fall in love. Class, gender differences, populism, and the creepy concept of gas-lighting someone to do your bidding by basically kidnapping them were addressed, despite the inherent wackiness.

This remake—which should be more truthfully called “Overbored”—recruits Hawn-ish Anna Faris as Kate, a blue-collar type and single mother of three sweet daughters who holds down two jobs while studying to get a nursing degree and is in the midst of a financial crisis. While mopping up the champagne-soaked carpet on a massive yacht, she runs into Eugenio Derbez’s playboy Leonardo—the party-hardy wastrel son of the third richest man in the world, we are told—who not only insults her but pushes her into the drink along with her cleaning gear. Soon, he falls into the water himself and washes up on the beach with no knowledge of his identity. Faris seizes the opportunity to claim she is his wife so she can foist all the household chores on him, as well as make him work a physically demanding construction job. She also tells him that, until he can remain sober, he must sleep in the garage.

One would think a woman with three young girls would think twice about bringing a strange man into their ramshackle midst. But considering how few if any sparks exist between Faris and Derbez—she seems to be more turned on by making him suffer—there appears to be little chance of hanky panky. Also not helping is how Derbez is clearly too old for this part and that Faris—who has better chemistry with Allison Janney on their sitcom, “Mom”—barely gets a chance to showcase her skill with smart-aleck verbal zingers.

And, yet, Derbez—a major star in his home country who is trying to expand his fan base—is the reason that this “Overboard” works at all. Director Rob Greenberg and co-writer Bob Fisher cherry-pick from the original. They even use the same setting of Elk Grove, Oregon, and feature a cop who alludes to another case of amnesia from years ago involving a “pretty lady.” But they put romance on the back burner while focusing on race and ethnicity as Leonardo bonds with his fellow Mexicans on a pool-building job, even as they initially mock his smooth “lady hands” and allow him to pratfall through his first day. He is the one who gets the character arc as he learns the value of hard work and friendship, while Kate’s big moment is when she finally owns up to her lie.

The one scene that Derbez pretty much nails is his confusion when his memory begins to be restored. Yes, he would love to climb back into the lap of luxury—but he is no longer the same man he once was. He doesn’t get mad or berate Faris. Instead, he is allowed to reach deeper into his soul and summon honest emotions—something that last year’s “How to Be a Latin Lover” sorely lacked—and it slightly elevates this poor imitation of the original.

For the most part, however, this contempo take on a Goldie oldie does little to advance the cause of comedy, #MeToo-era womanhood and anything to do with screws or balls. Save for cell phones, car models, computers and such, there isn’t much evidence to suggest that the events are actually taking place in this century. Yes, timelessness is sometimes a good thing but relevance would be better.

It also makes me worried about Hollywood suddenly simply slotting in females into traditionally male roles, willy-nilly, without doing its due diligence in tweaking the material to reflect a woman’s reality. The “Ghostbusters” remake was too timid in that regard. Here is hoping that the upcoming “Ocean’s 8” doesn’t put its fabulous cast of femmes to waste. 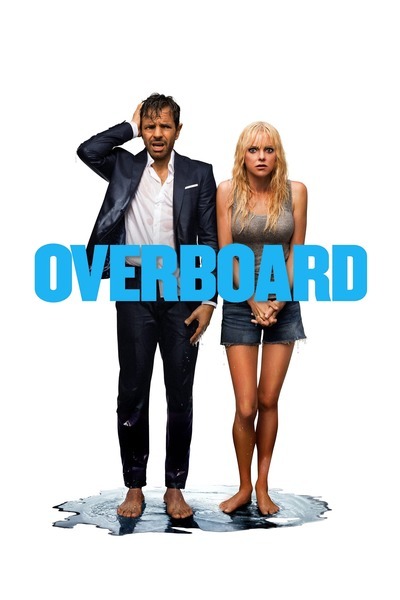 Rated PG-13 for suggestive material, partial nudity and some language.