Murder Among the Mormons

Since the massive success of “Making a Murderer,” Netflix has become a factory for true crime docuseries, producing a new one on almost a weekly basis. The sheer abundance of projects like “Fear City,” “Night Stalker: The Hunt for a Serial Killer,” and “Crime Scene: The Vanishing at the Cecil Hotel” has led to what feels like a dilution in quality, in part because these series are clearly forced to conform to a certain, typically-too-long run time. Take “Murder Among the Mormons,” a three-part series that is yet again a case of a solid movie, or maybe even a TV special, that has been pulled to three hours to meet a Netflix requirement. And what’s even more disappointing is that the extended runtime only leads to repetition instead of the intriguing questions this true story inspired and then leaves unasked about religion and blind faith.

The truth is that Mark Hofmann committed brutal crimes that were in part possible because of how much people wanted to believe. He manipulated that desire people have to peel back the curtain on lies they have been told about history, and it led to murder. There’s a playful tone here that’s likely courtesy of one of its unexpected directors, but it ultimately does little more than a Wikipedia entry.

In 1985, Salt Lake City was rocked by two deadly bombings involving the LDS Church and the potential exchange of documents that would absolutely shake the foundation of the Mormon Church. A third bombing would severely injure Mark Hofmann, a famous dealer in antiques that included documents reported to be among some of the oldest in history, as well as materials that had already redefined what people thought about the formation of Mormonism.

“Murder Among the Mormons” details the investigation into the three bombings and the extent of Hofmann’s crimes—almost everything he ever dealt, including the materials that shaped his violent crimes, were forgeries. Directors Jared Hess (“Napoleon Dynamite”) and Tyler Measom present many of the major players in the investigation and from Hofmann’s world, including those he called friends and colleagues. The best moments in the series have almost a quiet awe about what Hofmann did, fooling some of the smartest people in the world with his forgeries.

And yet “Murder Among the Mormons” falters when it comes to the bigger picture. A brief chapter that details Hofmann’s upbringing threatens to dissect why he essentially created forgeries that undermined the authority of a faith in which he was raised, but it’s too shallow. People like Mark Hofmann are incredibly rare in that his disregard for human life extended not only to his willingness to take it, but to something even greater. He wanted to destroy institutions, not just people.

Hess and Measom are too content with the fascinating details to ask what they mean or say about human nature. And while they have a lot of fun with some of the eccentric personalities in this story, the biggest problem with the length of these Netflix docuseries is that the runtime needs to feel justified. A TV special about Hofmann that runs an hour can hit just the unbelievable evidence in this story, but a multi-episode series should dig deeper, not just longer. 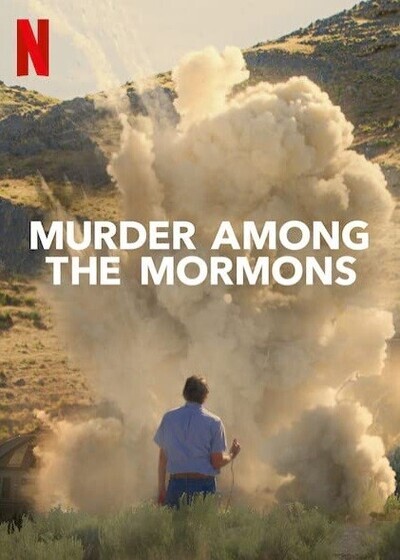