Netflix’s three-part mini-series “Fear City” is the story of what was known as “The Commission Case,” a landmark prosecution case in New York City in the 1980s that essentially dismantled the criminal empire of the mafia in this country. The trial of the heads of the five families of New York took place in 1985-'86, but the series starts in the ‘70s, as the city was faced with increasing crime rates, and details the role that the structure of the mob played in the violence (and the construction industry) in the city. It’s a remarkably procedural series that offers detailed insight into how the FBI built the case with surveillance, and will be catnip for fans of law enforcement non-fiction and for those curious about how families like the Gambino, Genovese, and Bonanno clans first ran the city and then were taken down. It can be a little dry at times, but it’s an easy watch, a reminder of how dedicated professionals and breakthroughs in technology can change law and order.

The latter is really key to the arc of “Fear City”—one gets the impression that all of these families would still be in power if surveillance hadn’t become the FBI’s greatest weapon. In the ‘70s, officers were arresting soldiers of the mafia but were unable to ever get above that tier in the organization. They’d put a guy away for a year for selling drugs, but he was replaceable, and they could never touch who that guy kicked money up to or who was really giving the orders. The structure of the mob is such that the true people in charge never get their hands dirty. But the new RICO laws in the ‘80s and the advent of surveillance warrants allowed them to go after the big dogs, including the legendary “commission,” the five families working in unison.

And so a great deal of “Fear City” is dedicated to agents explaining—and the producers even re-creating—essential moments in the history of surveillance, such as pretending to be a cable guy to plant a bug in Paul Castellano’s living room. There are a couple of foot soldiers from the criminal side of the empire to offer context, but this is largely a project about a major success of the FBI and the New York attorney’s office—Rudy Giuliani gets major screen interview time, and it’s almost startling to see him in context unrelated to you know who.

The producers of “Fear City” elevate their procedural through their interview skills, and the agents, especially Joseph O’Brien, are charming and informative. It’s cut together very well to balance out what could have been extremely dry material about wiretaps and prosecution strategies, keeping just enough of the human element. For example, O’Brien speaks about how he felt a strange closeness to Castellano, having listened to him for hours every day. He even sent him get well cards when he was sick.

Unlike a lot of Netflix mini-series, I almost felt like “Fear City” could have used another chapter. It ends with the verdict in the Commission trial, and there’s a rushed commentary on how that destroyed the mob, but nothing as powerful as this structure just disappears. How did crime in New York change in the ‘90s and ‘00s? How about the mafia in other parts of the country or even parts of the world? Most docuseries can’t justify an extra chapter (I’m looking at you, “Tiger King”), but I’m actually hopeful that enough people watch this one to allow for an update on how this case changed both the FBI and criminal empires with more than just a few minutes at the end of the final chapter. 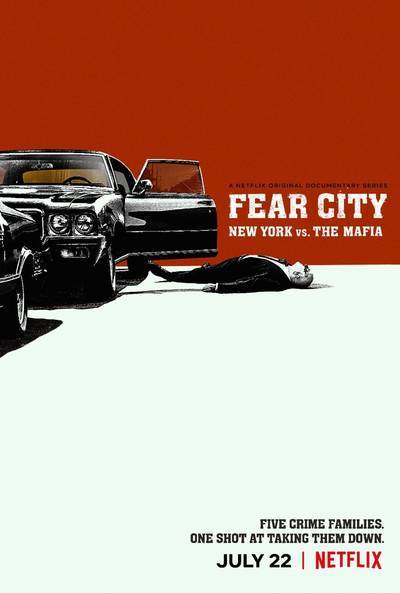