The Night Stalker is one of the most terrifying serial killers in American history. Most of the time, these monsters follow a pattern that can make them relatively predictable, but Richard Ramirez, who would become dubbed the Night Stalker in the press, was a tornado of random violence. Murders, assaults, rapes, kidnappings—he terrorized the West Coast in 1984 and 1985, and was ultimately convicted of 13 counts of murder, 5 counts of attempted murder, 11 counts of sexual assault, and 14 counts of burglary, although those are probably only a fraction of his actual crimes. His rampage became known around the world but the new Netflix series “Night Stalker: The Hunt for a Serial Killer” reframes the story of Richard Ramirez from the POV of the people most impacted by his crimes, including victims, reporters, and, most of all, the cops who caught him. Recentering an awful story from the perpetrator to the victims and heroes is undeniably valuable, but the production here misses a bit more often than true crime fans would hope. Often feeling tabloid-esque in its craft and failing to dig into some of the bigger issues here like how law enforcement communicates (or doesn't), “Night Stalker” is an interesting true crime series that still feels a little disappointing when compared to other major event series like it in the last few years.

“Night Stalker” starts with a montage that sets the tone for Los Angeles in the 1980s, painting it as one of the most vibrant and growing communities in the world, but noting that it also had a growing dark side that wasn’t getting the same kind of press. The star of the docuseries is Detective Gil Carrillo, who was basically an unexperienced kid when he led the investigation into the Night Stalker crimes with the legendary Frank Salerno, also an eloquent interview here. The best elements of “Night Stalker” humanize both Carrillo and Salerno, two men who focused every element of their intellect and energy on this case, so much so that Carrillo’s family had to go into hiding for their own safety. These men couldn’t sleep until the Night Stalker was caught, and how they dissected patterns, evidence, and ultimately got to Ramirez makes for riveting television.

It’s everywhere else that “Night Stalker” comes up a little short. The shots of dripping blood and stabbing knives that lead into interview segments with survivors seem exploitative more than tone-setting or illuminating. Yes, it’s important to not soften the hideousness of Ramirez’s crimes, and “Night Stalker” absolutely details his depravity in a way we haven’t really seen before, but it’s another one of those series that’s too overly reliant on clichéd “true crime evil” stock footage like shiny knives and ominous shots of windows and backyards. It doesn’t add to the human stories in “Night Stalker” to frame them like nightmares seen on dozens of other shows on Investigation Discovery or “Dateline NBC.”

And yet the real people at the center of “Night Stalker” push through the weaknesses of the production to make an impact. Survivors tell stories that will haunt your nightmares. Reporters speak interestingly about chasing the case, and there’s a whole documentary to be made about how journalism impacts major serial killer investigations in terms of released information and what’s held back in the name of justice. But it’s Carrillo and Salerno who are the beating heart of this series, one that, despite its flaws, successfully takes a story of evil from Los Angeles in the mid-‘80s and reframes it as a story of undeniably good men. 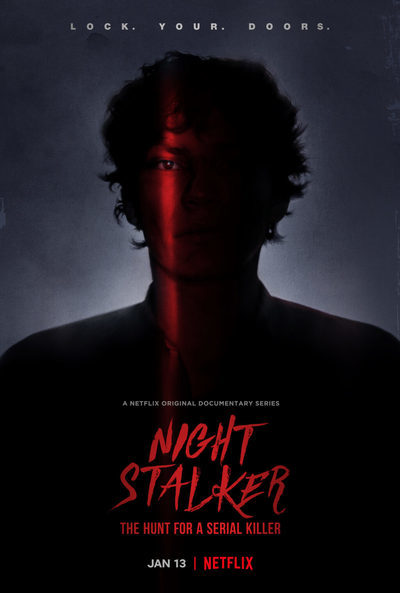 Night Stalker: The Hunt for a Serial Killer (2021)