"Hyena" may be a cop film from England but anyone going into it expecting two hours of quaint bobbies wandering into rooms and asking "What's all this then?" will find themselves rudely disabused of those notions within the first couple of minutes. A group of policemen perform a violent drug raid in a seedy nightclub (complete with a fire extinguisher slammed into one miscreant's face) and proceed to snort up those very same narcotics in a bar later that night. No, this is a grim and brutal drama of such an overwhelmingly unpleasant nature throughout that if the Harvey Keitel character from "Bad Lieutenant" had somehow lived to see it, even he might have been taken aback by much of the extremely lurid and often distasteful material on display.

Our anti-hero is Michael Logan (Peter Ferdinando), a deeply corrupt narcotics detective who leads a task force of equally dirty cops who are given slack from their superiors because they do get results from time to time. To further expand his bottom line, Logan has just invested $100,000 in a Turkish drug smuggling ring that he will guarantee protection to in exchange for a cut of the profits. Of course, that plan goes sideways when a pair of Albanian brothers hack his contact to pieces—while he watches from a hiding place in horror—as a way of adding the drug trade to a criminal portfolio that already includes human trafficking. While investigating the brothers, he meets one of their prisoners, Ariana (Elisa Lasowski), and determines to rescue her from their clutches.

While trying to figure out how to deal with the Albanian intruders, Logan's professional life grows ever more complicated. For starters, after he moves from investigating narcotics to focus on the human trafficking, he learns that the department has placed the investigation in the hands of Knight (Stephen Graham), a former partner with whom he had a serious falling-out a few years earlier. At the same time, another colleague, the slimy internal affairs investigator Taylor (Richard Dormer), is looking into his activities for evidence of corruption that threatens to torpedo his entire career. Ironically, it is when he does one unambiguously noble thing—rescuing Ariana from the clutches of the traffickers and hiding her out with his own long-suffering girlfriend (MyAnna Buring)—that his carefully crafted world begins to crumble around him in increasingly violent and horrific ways.

From a dramatic standpoint, writer-director Gerard Johnson has not exactly reinvented the wheel here. The narrative is basically a pastiche of elements cobbled together from such inspirations as the aforementioned "Bad Lieutenant," "Taken," "Taxi Driver" and "Filth," Irvine Walsh's darkly comic study of a thoroughly monstrous U.K. cop that was the basis for an equally lurid screen adaptation with James McAvoy in the lead role. He does not really seem to have much to say other than to note the borderline interchangeable nature of cops on the edge and the criminals they are theoretically charged with pursuing. (Don't stop the presses!) With the exception of Logan, none of the other characters have been fleshed out in any meaningful way—both of the major female characters are introduced in promising fashion only to be essentially abandoned for large chunks of the running time. There are plenty of twists and turns in the plot as Logan gets himself into deeper and deeper trouble but they are entirely predictable, and while I would not dream of revealing the final shot of the film, I suspect that anyone who actually makes it to the bitter end will be enraged by what it does and does not contain.

Of course, whether or not there will be anyone left to bear witness to the finale is an unanswered question because "Hyena" is such a nasty and brutish item that even the hardiest of moviegoers may find themselves repulsed by some of the sights that Johnson has in store. I have already mentioned the scene in which the Turkish drug contact is hacked to death—while we may not quite get a clear look at the crime, we certainly get to gaze upon the aftermath. Later on, after the Albanians (and I should point out that the film's depiction of that particular ethnic group makes the one seen in "Taken" seem fair, balanced and cuddly by comparison) kill another character, we get to look on in detail as they hack the body up into little pieces in a bathtub with knives and saws. In the ickiest moment by far, we get to observe as the naked and unconscious Ariana is raped by one of her captors. Now I am not a particularly squeamish moviegoer by any means, but I am of the belief that if you are going to indulge in imagery that is that charged and potentially disturbing, you have to earn the right to use those images, and I do not think that Johnson has done that here. Instead, it feels like the work of someone who came out of a screening of the infamously appalling "Only God Forgives" thinking, "Anything he can spew, I can spew better."

"Hyena" has been made with an undeniable sense of style, albeit one that cribs many of its moves from the likes of "A Clockwork Orange" and the cop dramas of Michael Mann. However, the technical skill that Johnson demonstrates does not begin to make up for the shallow storytelling and needlessly grotesque imagery that is also on display. This is a thoroughly nasty piece of work from start to finish and while its sheer unpleasantness may be enough to satisfy some viewers, I suspect most people will come away from it feeling the same way I did—annoyed, appalled and asking "What's all this then?" 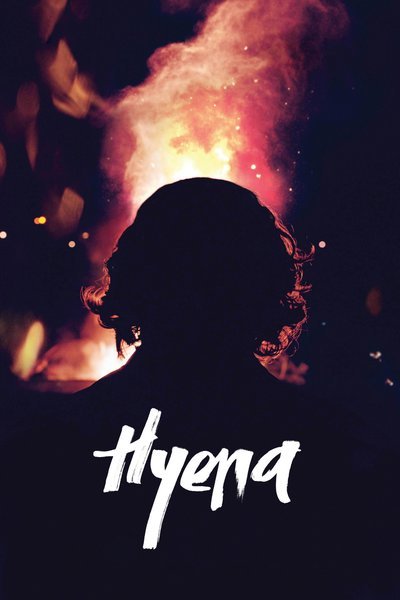