Male vanity, a trait so widespread that it’s rarely if ever acknowledged, gets a funny albeit ultimately not terribly consequential skewering in this dry comedy from Greece. “Chevalier” is the third fictional feature from writer/director Athina Rachel Tsangari; her 2010 “Attenberg,” an antic exploration of national identity and misandry, made waves on the festival circuit. She’s also an associate of “The Lobster” director Yorgos Lanthimos.

Tsangari wrote the script for this picture with Efthymis Filippou, a regular collaborator of Lanthimos’, but while I found “The Lobster” almost insufferably snide and smug, “Chevalier” plays its cards closer to the vest, in a sense. The movie opens with a shot of men in diving suits emerging from the sea, flopping up from the water horizontally like whales getting beached. They are a well-off party of six on a private yacht, diving for fish; their leader and ostensible host is a lean, elderly man (Yiorgos Kendros) referred to only as “The Doctor,” or “Doc,” or other diminutives. The other fellows are younger—various shades of middle age, or approaching middle age. A couple are handsome, a couple are hirsute. At first one most notices the lowest man on the totem pole of six (there are a couple of staff members on the boat too, and they eventually constitute a social microcosm of their own), the short, dumpy, bearded Dimitris (Makis Papadimitrou), a down-in-the-mouth wimp who would likely be a perfect fit for Zach Galifianakis in the unlikely event this film were to be remade in Hollywood. Eventually we get to focus on the other not-quite-types, such as Yorgos, the kind of menschy one (played by Panos Koronis, who, along with director Tsangari, had a small role in Richard Linklater’s Greece-set “Before Midnight” in 2013) and Christo (Sakis Rouvas), the kind of studly one. The fellows, with the exception of Dimitris, who’s not allowed in the water, compare the sizes of their catches, and that’s all well and good for the daytime. In the evening, they’re bored, and sourly try to come up with games to play. No one is any good at cards. “I do not play Trivial Pursuit,” one of them says with exaggerated hauteur when that game is suggested. Finally, one of them suggests a competition in Everything. That is, they will concoct a series of contest, en masse, and each one will be scored. At the end of the series, the winner will be bestowed the Chevalier signet ring of the title.

This does the trick to the extent that the fellows all decide to extend their stay. The fellows assign each other peculiar tasks. There’s a cleaning contest, in which one of the guys gets a shellacking on account of shoddy work polishing the silver. There’s an Ikea assemblage competition. There is, as you might have expected, a penis-measuring contest. (It is handled with visual discretion, in case you were worried and/or titillated.) As you might expect, things start to get a little tense. Not just because the contests are ridiculous, and the decided-upon scoring regulations are risibly Byzantine, but also because, you know … boys will be boys.

Tsangari shoots the fellows’ antics in a studiously anti-heroic fashion, often placing the camera in voyeur-like positions, with a piece of the yacht’s incidental hardware intruding into the foreground of the frame. Christos Karamanis’ cinematography is almost the opposite of picturesque: some scenes are practically drained of color. As if the behavior of the characters themselves were not sufficiently deflating of their macho pretensions.

There are laughs and uncomfortable observations throughout, but Tsangari never lays on too heavy a hand. One is free to contemplate the allegorical and satirical implications, but also free to enjoy the spectacle of self-imposed insecurity that plays out among these characters. By keeping things compact, the movie honors its premise modestly but with exemplary articulation. “Chevalier” is an intelligent and dry entertainment that might also make a very telling date movie. 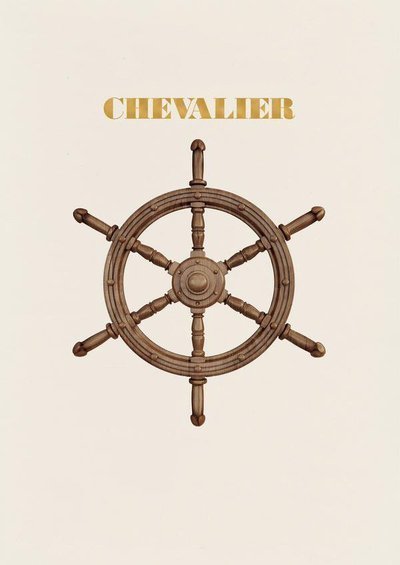 Yiorgos Kendros as The Doctor