“Cars” and “Cars 2,” are outliers in Pixar’s lineup of critically acclaimed, family friendly blockbusters: the original made a fortune despite poor reviews, and the sequel made another fortune despite even worse reviews. A sort-of spin-off, “Planes”—which is not part of the extended Carsoverse, but was released by Pixar's parent company, Disney—got pounded like a piñata by reviewers, but it made so much loot that Pixar churned out a sequel, “Planes: Fire & Rescue,” one year later. And at no point in this timeline of movies about anthropomorphic vehicles did Pixar, a company that’s gone to great lengths to convince us that it never does things just for the money, seem to lose sleep over the prospect that we’d think they that's exactly why they were making more "Cars" and "Planes" films.

Lo and behold: here’s “Cars 3,” a smiley-faced Frankenstein’s monster comprised of bits and pieces lifted from every other sports film in existence. The screenplay rips off the main plot of the Tom Cruise racing picture “Days of Thunder” (knowingly, though; a supporting race car character is cleverly named “Cruz”) and merges it with bits of “Rocky III,” the one where the champ went soft and had to find his edge again; “Rocky IV,” where the champ had to train in snowy Siberian woods to fend off a challenger who relied on steroids and fancy machines, and “Creed,” where the champ realized that passing wisdom on to the next generation can be as satisfying as acquiring it when you’re young. There is, at the level of plot and characterization, not a single major element in this movie that you haven’t seen elsewhere, possibly in a “Cars” or “Planes” film. Despite its lack of originality, as well as its lackadaisical storytelling and world building, it satisfies in that amiably weird way that only a "Cars" film can.

Champion race car Lightning McQueen (Owen Wilson) has been on top for so long that he has failed to notice that he’s not getting any younger. He’s challenged by a snotty, bullying wannabe-champ, Jackson Storm (Armie Hammer), a super-high tech car that can go 200 m.p.h. without breaking a—well, cars don’t sweat, but you get the idea. Following a disastrous defeat by Storm, Lightning lets his sponsor Sterling (Nathan Fillion) talk him into training in an elaborate racing simulation facility under a younger trainer, Cruz Ramirez (Cristela Alonzo), who excitedly but thoughtlessly describes him as “my senior project.” When Lighting wipes out there, too, Sterling informs him that he’s mainly interested in using a retired Lightning as a pitchman for Rust-eze mud flaps. This leads the former champ to return to his roots in the rural holler where his late mentor Doc Hudson (Paul Newman, playing “himself” via outtakes and a celebrity impersonator) learned skills and tricks that he passed down to Lightning. And it’s here that "Rocky IV" rears its meaty head, with a montage that contrasts Lightning and Cruz driving through woods and around dirt tracks against shots of Storm training in an indoor facility that looks like a place where a Bond villain might throw a Christmas party.

It’s not a spoiler to say that this film has a happy ending, but to its credit, for all its clichés, it doesn’t give us the ending we expect. The Doc-Lightning and Lightning-Cruz relationships suggest a passing of the torch, and “Cars 3” finds a decent way to give us that, along with a sub-theme of female empowerment and a sincere belief in the idea that privileges have to be given up or amended if society, even a car-centric one, is going to keep evolving.

The film hedges its bets here, though, as if it’s trying to avoid a boycott led by the sorts of men who buy tickets to women-only screenings of “Wonder Woman” and think they’re striking a blow for civil rights. And the notion of a gendered car universe that grapples with sexism is discombobulating because the film mostly dances around the issue without mustering the nerve or the chops to properly deal with it. (When Lightning repeatedly diminishes Cruz as “a trainer” rather than “a racer,” it sounds like he’s trying to put a female car in her place, and when Storm taunts Cruz, his insults evoke a male nerd taunting a female one for not being a "true" fan of the thing they both love.)

The notion of automotive gender and discrimination issues is not something the series ever tackled before; likewise the implication of a car caste system, where you're born into a particular automotive body and that defines the rest of your life, however long that is. Of course, this is a series in which cars can have baby cars, and there are car insects (or insect cars?), and in the second movie there are living planes, presumably to transport the cars long distances, inside of their bodies. And the tractors in these movies are coded as "cattle," which I guess are eaten by the other cars.

This sort of awkwardness is common in the worlds of “Cars” and “Planes." The films draw jokey inspiration from the human world in ways that amuse in the moment but seem weirdly chilling when you think about them later. As many “Cars” and “Planes” obsessives have pointed out, dialogue and subplots in both and “Cars” and “Cars 2” suggest that this world once included humans, which raises the prospect of a “Terminator”- or “Maximum Overdrive”-like machine rebellion. A joke in the first “Cars” referencing Jimi Hendrix makes us wonder if there was an actual Hendrix in the “Cars” world and if so, what happened to him. If there are no humans, why do the cars have door handles? The acknowledgement of World War II in “Planes” raises the question of whether there was a car Hitler, a car Hiroshima, and so on. Likewise, the rural Southern caricatures (many of these cars have bad teeth!) imply that geographical distinctions between the American North and South in our world hold true here as well, which in turns could mean there was a Civil War that pitted car against car, and that their descendants still argue over whether the war was about slavery or state’s rights. (For a primer on these conundrums, see this article by Matt Singer, the Ptolemy of “Cars” studies; you can follow it up with this piece suggesting that “Cars 3” is a self-aware meditation on Pixar’s own collective fear of aging and irrelevance.)

As examples of imaginative commercial filmmaking, the “Cars” films range from mediocre to coldly impressive. The landscapes are photo-realistically convincing, the animators work small miracles making the cars seem lifelike and expressive, and the action sequences are stunning examples of how to deliver a lot of information quickly without confusing the audience. But as pieces of storytelling, the films are borderline inept by the standards of Pixar, a rare studio that exercises auteur-like control over every frame of every project they release.

And yet, against all odds, there is magic in these films; it just doesn’t have much to do with their excellence as, well, films. That’s a bummer for cinephiles but irrelevant to people seeking a movie filled with broad jokes, flashy action and canned moral lessons that will keep kids occupied for a couple of hours. In the end, it’s more fun to talk about the moon-sized logical loopholes in the “Cars” universe than it is to watch a “Cars” movie. I don’t know if that’s OK, but it’s something. At their best, these movies capture the sense of heedless, goofy play that consumed us when we were little. When I was a kid I used to make my Hot Wheels cars fight each other, using their front wheels as fists. Maybe Pixar can work a scene like that into “Cars 4.” 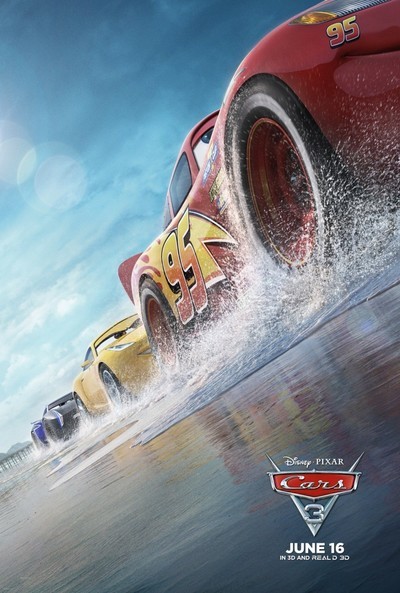