Like most children brought up Catholic, my first taste of alcohol was at church. I eagerly awaited each sip of wine, knowing it would help dissolve the tasteless wafer in my mouth. Savoring the flavor of the liquid sacrament, I mistook its warm aftereffect as the enveloping presence of the Holy Spirit. It wasn’t until I saw Phillip Youmans’ extraordinary debut feature, “Burning Cane,” that I began to fully grasp the inherent strangeness of this ritual. Mere thoughts of “forbidden fruit” such as drugs or sex are branded as sins even as they are literally dangled in front of our faces, whether it be in the form of communion or the chiseled body of Christ beckoning to us from the cross (our crucifix depicted Jesus with his hand outstretched to the congregation). How are we expected to achieve a healthy equilibrium of moderation in a patriarchal system of repression and shame? The first film I reviewed for RogerEbert.com was 2015’s hit Evangelical drama “War Room,” where a woman is told by the wise old lady next door that it is her godly duty to remain married to her abusive husband. All the battered wife must do is clean out her closet, close the door and pray away the devil, thus magically transforming her adulterous spouse into a loving partner.

Youmans’ clear-eyed, therapeutic meditation on his own Southern Baptist upbringing is a much-needed dose of reality after such misogynistic propaganda. It opens with a monologue of unforced metaphorical resonance, as Helen (Karen Kaia Livers), a devout widow in rural Louisiana, describes how her long-beloved dog has begun scratching himself to death. No prescribed remedy has done the trick, causing her to worry that there may be no cure for the animal’s infection, apart from putting him out of his misery. It’s only until much later that Helen brandishes a shotgun, not unlike Lillian Gish in “The Night of the Hunter,” in order to halt a dog of a different sort from preying on any more innocent victims. As portrayed with indomitable strength by Livers, Helen is a kindred spirit with the resilient black women featured in Youmans’ short, “Won’t You Celebrate With Me,” who proclaim that “something has tried to kill me and has failed.” She also echoes Gish’s iconic maternal figure in many provocative ways, particularly her role as a protector of children, shielding them from the evil of corrupted men fueled by self-serving righteousness. The cyclical nature of abuse in religious and impoverished communities, so masterfully explored in Bing Liu’s documentary, “Minding the Gap,” is vividly reflected here by the rhyming narratives of two men close to Helen’s heart, her reverend and her adult offspring.

Since God is so often used as a stand-in for the patriarchy in all of its forms, men have been empowered to take after Him, unleashing punishment upon women when they speak out, thus departing from their biblically ordained place of submission. No wonder Helen’s unemployed son, Daniel (Dominque McClellan), felt that his working wife Sherry (Emyri Crutchfield), deserved to be beaten for expressing views that he considered of the nagging variety. He’s merely following in the footsteps laid by people like Rev. Tillman (Wendell Pierce, in a brilliant performance), whose volatile temper resulted in a violent outburst that left his late wife mopping up her own blood. This episode is kept offscreen, detailed only in Helen’s haunting voice-over, while Tillman’s bleary memory of it is mirrored by the subtle blurring of certain shots gorgeously lensed by Youmans. Both men are now full-blown alcoholics, swerving at diagonal angles down the path of their lives while wounding passersby in the process. Yet neither Daniel nor Tillman is a cardboard villain on the order of the awful husband in “War Room,” prior to his sudden salvation courtesy of affair-disrupting food poisoning. They are the products of a system breeding toxic masculinity by dealing the Get Out of Hell Free card of forgiving-and-forgetting, brushing under the rug what should be dealt with out in the open. Sex is to be feared rather than understood, leading Tillman to lament about the growing tolerance of “men who wear dresses,” while Daniel sneaks a glimpse at porn objectifying women, just as the strip joint attended by Robert Mitchum in “The Night of the Hunter” did.

All the programs viewed on Daniel’s archaic television set, including the porn tape, are relics from the distant past, suggesting that this Louisiana town has become lodged in an outdated era, stubbornly refusing to progress into the modern age. The indoctrination of children into drug use, as witnessed in the Flintstones’ ad for Winston cigarettes (amusingly recounted by Helen), is carried out by Daniel when he coerces his young son, Jeremiah (Braelyn Kelly), into gulping down his latest alcoholic beverage. His efforts are all the more seductive when accompanied by Robert Johnson’s catchy 1937 single, “They’re Red Hot,” one of many tunes that make this film as much a pleasure for the ears as it is for the eyes. The stirring gospel numbers performed by the Mount Calvary Missionary Baptist Church convey the power of communal spaces where a sense of divine unity can be brought to life by its impassioned participants. In one of the film’s best scenes, Helen drives the inebriated pastor home after he’s found unconscious, parked on the side of the road in front of slave quarters preserved for the ages in Thibodaux. Passing street lights resemble golden moons as Helen—her face illuminated by the glow of her cigarette—embodies a guiding light in the darkness. On the soundtrack is a mesmerizing excerpt from Mary Lou Williams’ “Black Christ of the Andes,” a 1964 choral epic about St. Martin de Porres, the healer who dedicated his life to the poor. Helen dearly desires to be a healer, yet there’s only so much she can do once the vultures start circling—and yes, singing—in the final act.

Youmans’ command of visual storytelling, down to the smallest nuance, is all the more astonishing in light of the fact that he’s currently a 19-year-old film student at NYU. He also happens to be from New Orleans’ 7th Ward, and found an ideal collaborative partner in executive producer Benh Zeitlin, whose own 2012 Louisiana-set directorial debut, “Beasts of the Southern Wild,” seemed to have sprung organically from his love of the locations and local talent he utilized. The same could be said of all three pictures Zeitlin has produced: Kirill Mikjanovsky’s “Give Me Liberty,” a dramedy following the frantic routine of a medical transport driver in Milwaukee that drained me like few films have this year; 2017’s doc “Brimstone & Glory,” chronicling the religious ecstasy of a Mexican fireworks display that wound up seriously injuring its director; and now Youmans’ film (originally titled “The Glory”) about the radiant beacon of religion, and how its duality can scorch us like moths drawn to the flame. God is destined to forever be a complicated subject for most mortals, yet there’s no question this film has made me a believer in the boundless artistic potential of its creator. 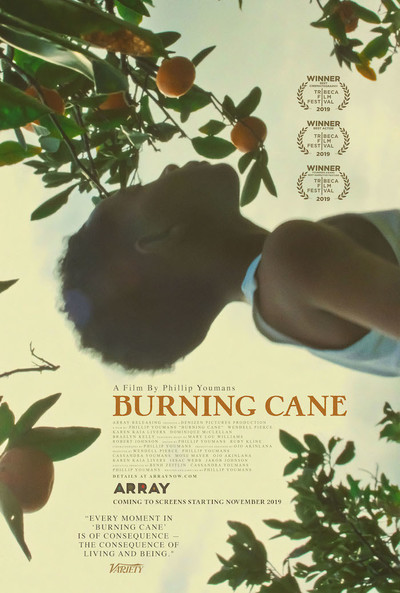