It takes an especially strong picture to disrupt the daze of a festivalgoer caught in a bleary-eyed watchathon, and that is precisely what Maysaloun Hamoud’s debut feature, “In Between,” did for me. The film’s concluding dedication to the late Ronit Elkabetz, co-writer/director and star of 2014’s brilliant “Gett: The Trial of Viviane Amsalem,” is wholly earned. I imagine Elkabetz would have greatly admired Hamoud’s depiction of young Palestinian women attempting to assert their independence in the repressed society of Tel Aviv. Close friends Laila (Mouna Hawa) and Salma (Sana Jammelieh) are dismayed to find that their loved ones are not as progressive as they had claimed, while their new roommate, Nur (Shaden Kanboura), gradually develops second thoughts about her impending marriage.

There’s a scene at about the film’s midpoint that is so well-acted and directed that it kept the audience pinned to their seats until the end credits rolled (which is an achievement for press and industry screenings). Nur is confronted by her fiancé, who believes her new roommates have corrupted her and wants to move up the date of their wedding. Her husband’s sexual frustration and need for control are clearly fueling his supposed moral righteousness, and the body language of both actors brings an enormous tension to the scene, as Nur senses her fiancé transforming into a predator. Kanboura’s performance is devastating. We feel the pain of her disillusionment but also the joy in her liberation as she privately partakes in a dance by herself at the apartment. How the three female leads come together in support of one another forms the heart of the picture. Like “Mustang,” this meditation on female identity could be applied to any culture, and it establishes Hamoud as a filmmaker of considerable promise. 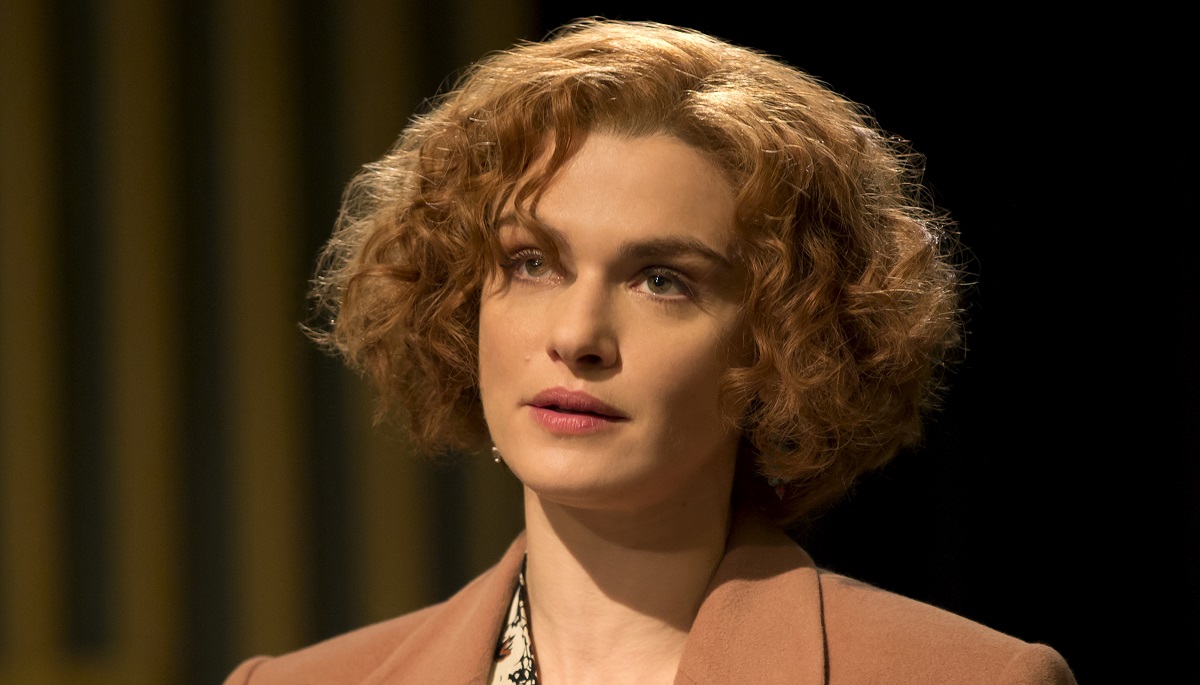 Mick Jackson’s “Denial” is about a man who compulsively lies, believes feelings are more important than facts, and claims his right to freedom of speech is being infringed upon whenever he attempts to spread misinformation. Sound familiar? Even though this film technically isn’t a biopic about the current Republican presidential nominee, the parallels are so glaring that they practically overwhelm the narrative itself, which is told in the form of a solid yet routine courtroom drama. After delivering excellent work earlier this year in “The Lobster” and “The Light Between Oceans,” Rachel Weisz would seem to be in a shoo-in for the Best Actress Oscar race with her portrayal of real-life historian Deborah Lipstadt. She was sued for libel by David Irving, a man she rightly charged as being a Holocaust denier. The courtroom battle that ensued forced Lipstadt and her team to prove that the Holocaust took place, and Irving had a field day baiting the press with inflammatory soundbites. Since the dialogue during the court scenes is taken directly from the original transcripts, Weisz is forced to sit on the sidelines during much of the film’s tensest moments, leaving co-star Tom Wilkinson to do most of the talking.

As with 2008’s “The Reader,” which was also scripted by David Hare, the historical subject matter is what resonates the least in “Denial.” The early scenes of a young man’s sexual awakening in “The Reader” were much more potent than the trial and epilogue that followed. Aside from one fleeting shot inside a gas chamber, images of the Holocaust are conspicuously lacking from “Denial,” much like how survivors weren’t allowed to testify during the trial. With his profane irreverence and squinty expressions, Spall is deliciously hatable, and his scenes opposite Wilkinson are the film’s highlights. Yet one wishes Jackson had approached the material in a way similar to his greatest achievement, the 2010 HBO movie, “Temple Grandin.” That picture fully immersed the viewer within the mind of its heroine by utilizing every cinematic technique at its disposal. “Denial” keeps its heroine and its emotions at arm’s length far too often, though as an allegory on the era of Trump, it is frighteningly spot-on. 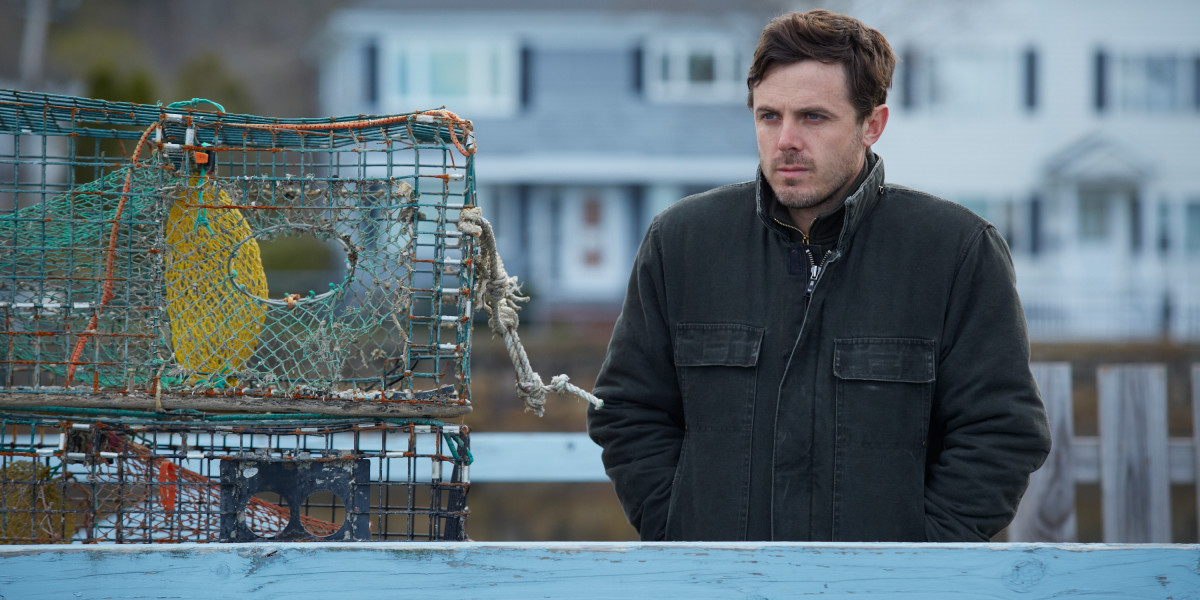 A lot has already been written about Kenneth Lonergan’s “Manchester by the Sea,” and after attending the film’s Toronto premiere, I can confirm that the hype is entirely justified. If the festival buzz is any indication, it will surely be a major awards season contender alongside such titles as “Moonlight,” “La La Land” and perhaps “Jackie.” A lot of people had warned me that the film was very sad, and that I should prepare myself for a wrenching experience. What blindsided me was just how funny the picture was. Sure, the story is built around a shattering incident that still weighs heavily on all of the characters, and there is a key scene toward the end that caused me to well up, but the film is much more joyous than I had expected it to be. There are numerous hilarious moments between Lee Chandler (Casey Affleck) and his nephew, Patrick (Lucas Hedges), who is now in his care after the boy’s father dies. Hedges is best known for playing the bully in “Moonrise Kingdom,” and in what appears to be a sly in-joke, one of his girlfriends is played by that film’s leading lady, Kara Hayward.

Though Affleck and Michelle Williams (so heartbreaking as Lee’s ex-wife) are likely to receive well-deserved Oscar nominations, Hedges is the revelation of the film in my eyes. I kept feeling like I was watching an Affleck/Damon joint, since Hedges so strikingly resembles Damon in terms of charisma and intensity. There’s a moment where Hedges studies Affleck’s freshly bandaged hand and asks, “What happened?” “I cut it,” Affleck replies unhelpfully. Hedges waits a beat and says, “Oh, for a moment there, I didn’t know what happened.” It’s a small moment that earns a major laugh, and there are many other moments like it sprinkled throughout Lonergan’s sublime screenplay. This is his third feature effort following 2000’s “You Can Count On Me” and 2011’s “Margaret,” and this one is every bit as endearing and moving as those previous gems. Of course, the grief is much more heightened, and Affleck is perfectly cast as a man whose crippling built has put his life in a perpetual state of limbo. The relationship he develops with Hedges is touching precisely because it is never sentimentalized. Lonergan is a master of tone and texture, and this is easily one of the best American films set for release this year.