The organizers of Mexico’s Los Cabos International Film Festival understandably put an emphasis on “international,” but this year they might have promoted it as something else: intergalactic.

On the festival’s final night, guests Liam Neeson and Ewan McGregor mount the red-carpeted entranceway to Cabo San Lucas’ Pabillón Cultural, then pause and square off with imaginary lightsabers. A few moments of jokey jousting for scores of hair-trigger paparazzi and not only does the new “Star Wars” have a real-life teaser, but the Los Cabos festival gets an image that’s guaranteed to relay its name around the globe.

That reach is appropriate to a festival that advertises itself as the “Cannes of Latin America.” Founded only four years ago, the Los Cabos event has set itself apart from other Mexican festivals by building a reputation as a place where producers, agents and other industry folk can gather to make deals and scope out new talent in one of Mexico’s most popular resorts, which benefits from its proximity by air to Los Angeles. 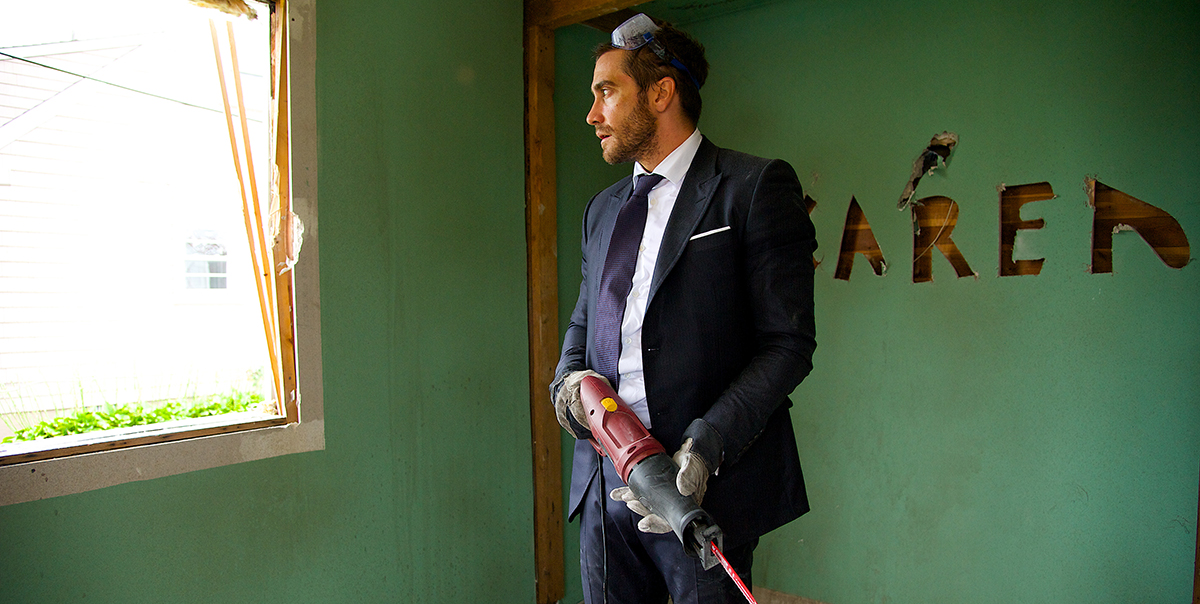 Among the Canadian entries, two came with directors in tow. Jean-Marc Vallée, whose “Wild” opened last year’s festival, took the stage on opening night to receive a career award from his Oscar-winning “Dallas Buyers Club” star Jared Leto. Despite a fine lead performance by Jake Gyllenhaal, “Demolition,” Vallée’s latest, isn’t on a par with his other recent films. Telling of a man whose life takes several bizarre turns after his wife is killed in a car accident, it has a story that’s so random and haphazard it leaves you wondering, “Who could have read this script and thought it would make a good film?”

An award recipient at last year’s festival, Atom Egoyan returned with “Remember,” a geriatric thriller featuring the great Christopher Plummer as an Auschwitz survivor who leaves his nursing home on a quest to track down and kill the Nazi commander who murdered his family decades earlier. Though the film is a long way from the artistic ambitions of “Exotica” and “The Sweet Hereafter,” it’s a solid genre piece that boasts a number of satisfying plot twists, expert performances (the cast also includes Martin Landau and Bruno Ganz) and sure craftsmanship by Egoyan.

The festival’s selection of American films, meanwhile, had a “best of the fests” aura. While the Egoyan and Vallée films occupied two of the gala evening screenings, the other two went to U.S. films that have been stand-outs on the fall festival circuit: Todd Haynes’ lush period romance “Carol,” with its terrific lead performances by Rooney Mara and Cate Blanchett, and Danny Boyle’s “Steve Jobs,” featuring the bravura work of Michael Fassbender as the driven Apple impresario. Cabos viewers also got a dose of Hollywood star power from Scott Cooper’s “Black Mass” and its ice-cold lead work by Johnny Depp as murderous Boston mobster Whitey Bulger.

There was more of a Sundance vibe to other U.S. entries, which included “Tangerine,” Sean Baker’s winning, iPhone-shot portrait of transgender street life in L.A.; Marielle Heller’s “The Diary of a Teenage Girl,” which showed with star Alexander Skarsgård fielding questions afterwards; and Josh Mond’s bleak tale of a young man’s travails, “James White,” which features some coastal Mexico scenes while being mainly set in New York. That city is also home base for indie filmmaker Alex Ross Perry, who was the subject of a Spotlight sidebar that included screenings of his recent Elizabeth Moss-starrer “Queen of Earth” as well as his first two films, “Impolex” and “The Color Wheel.”

For this writer, the festival’s most notable attraction is always the chance to see a complement of new Mexican features, which dependably prove the ongoing vitality of a cinema that has given contemporary Hollywood some of its most distinctive and creative filmmakers. While no film this year topped the achievement of Alonso Ruizpalacios’ “Güeros” last year, there were a number of standouts, including two that took home prizes. 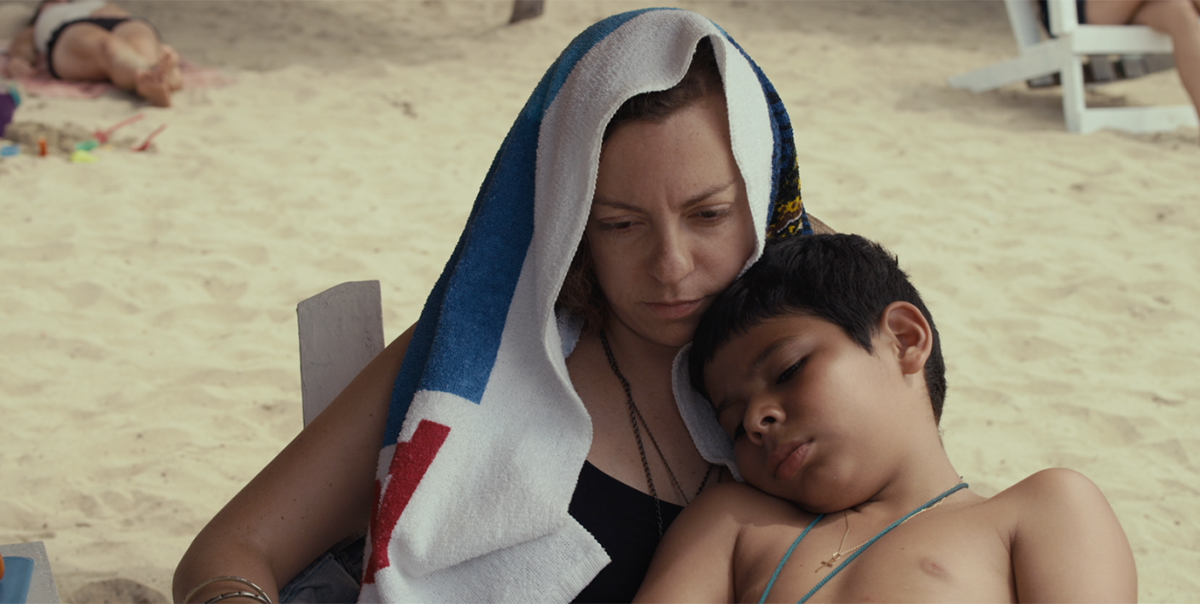 Alejandra Marquez’s “Semana Santa,” which won the Mexico Primero FOX+ prize, is a downbeat comedy-drama about a woman holed up at an Acapulco hotel with her young son and new boyfriend. The trip seems to be intended as a vacation, but there are underlying tensions and ambient temptations that mean no one is having much fun, or at least the kind they meant to have. Atmospheric and beautifully shot, this is the sort of film that depends almost entirely on directorial subtlety and winning performances, and Marquez delivers on both in her impressive second film.

Julio Hernández Cordón’s “Te Prometo Anarchía” (“I Promise You Anarchy”), winner of both the festival’s top prize and the FIPRESCI critics prize, also depends a lot on style. A decidedly offbeat mix of gay/bisexual romance, irreverent street comedy and sometimes harrowing crime drama, the film’s story focuses on two teenage pals who’ve become lovers even though one also has a girlfriend. The boys think that there’s some easy money to be had getting people to sell blood, but then a drug cartel makes off with a truckload of their customers and their scheme quickly unravels. The story’s quirky unpredictability and the direction’s Altmanesque textures account for much of its appeal.

Crime was also a subject in other Mexican films including David Pablos’ “Las Elegidas” (“The Chosen Ones”), which starts out looking like an innocent teen romance, until it becomes clear that the boy’s father expects him to follow a family tradition by forcing his girlfriend into prostitution. The girl is duly seized and put to work in a brothel, and dad tells the boy the only way he can free her is to find another girl to take her place. With its strong direction and performances, the film has unnerving power of a waking nightmare.

Illness of various sorts was a theme in another set of Mexican films. Michel Franco’s “Chronic,” which won a prize for Best Screenplay at Cannes this year, is a Mexican production that’s in English and set in what appears to be southern California, where it follows Tim Roth as a home care nurse who moves from one terminally ill patient to another, sometimes developing relationships that seem to indicate troubles in his past. Roth is terrific in the film, which has the chilly remove of a Michael Haneke drama, yet, despite that screenplay prize, doesn’t quite know how to resolve the intriguing issues it raises.

Among the festival’s more unusual pleasures, Steve Balderson’s “El Ganzo” takes its name from an actual hotel in San Jose del Cabo, a place known for its arty ambience. The story here has an American woman at loose ends arriving at the hotel and finding a soul mate of sorts in a gay man who’s traveling on his own. The film is slight but well-executed. More than one viewer opined that it plays like a commercial for the hotel, but given the quality of the accommodations in this resort, that’s not entirely negative. There are certainly worse cinematic fates than to look again at the beauties of Baja, Mexico.