The Best Performances of Sundance 2016

Casey Affleck in "Manchester by the Sea"

Casey Affleck comes packaged with a chip on his shoulder, his small frame sometimes used for an underdog ("Gone Baby Gone") or a coward ("The Assassination of Jesse James by the Coward Robert Ford"). It's the implementation that often matters most with such a potent actor, of which Kenneth Lonergan's "Manchester by the Sea" gives Affleck what could very likely be the role of his career, a piece of poetry that Affleck expresses with emotional exactitude. Aside from the sadness he bears with him for the ghosts felt in the title location, Affleck's character Lee can also be funny when bonding with his nephew (Lucas Hedges). Affleck enriches both traits, and creates a full human. With that context, "Manchester by the Sea" excels by focusing on the silence, something that Lonergan's gradual pacing presents in pieces, but Affleck's performance fully details. His charisma is immediate and fascinating, like Clint Eastwood in his quieter moments. For the profound trauma that "Manchester by the Sea" orchestrates for characters in flashbacks, Affleck is able to internalize all of it, embodying the horrific silence of a person with nothing left to say. (NA)

The atrocity of "Sand Storm" can be felt in this performance by Ruba Blal's matriarch Jalila, who is not surprised by the infuriating events of this film about a farcical patriarchy. Her character's daughter, Layla, is appalled her father Suliman won't let her marry the man she wants, and instead Layla has to marry a man decided for her. Suliman himself has just married a second bride after Jalila, and Blal's character was there to set up the bed for marriage consummation, afraid of being a bad host. With a disturbing stoic nature, Blal shows a woman who resigns herself to a purpose beyond free will. In her best scenes, she has resigned so much to this harmful patriarchy that she chides Suliman to "be a man," enacting an order that would by reflex further dehumanize her. It's a fascinating supporting role told with a very subtle strength, using that power to show a harrowing resignation. (NA)

In a movie filled with sublime performances, perhaps Laura Dern’s was overshadowed by Kristen Stewart’s burger chopping and Lily Gladstone’s achingly quiet rejection. In “Certain Women,” Dern plays a beleaguered lawyer with a crumbling relationship and a troublesome client. What’s remarkable about the many women of Kelly Reichardt’s films is how low-key they are. They don’t stand out in a room; they just are in the space they’re in. But in Dern’s case, she has the most dynamic cry to be recognized as her lover prepares to leave her and her client will only listen to another man’s opinion. None of the women in these vignettes are given a conclusive end, and perhaps it is that lack of an end hurts the most. Dern’s character will continue to be drowned out for what seems like the rest of her days. (MC) 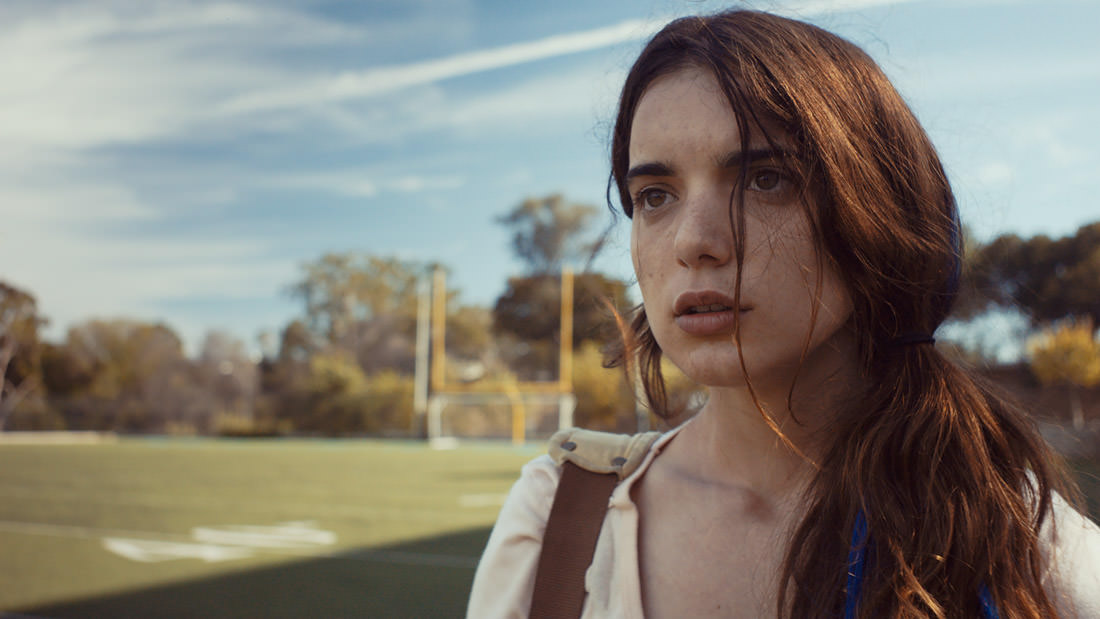 The delicate nature of first love is captured in Kerem Sanga’s breakthrough Audience Award-winner from this year’s NEXT program, but it’s Gelula’s performance that grounds the piece in something believable and even triumphant. One of the things I really love about Sanga’s film is that it doesn’t portray Anne’s first love with Sasha (an equally great Brianna Hildebrand) as an after-school, coming-to-terms-with sexuality. She’s not confused about how she feels, just unsure how to express it and uncertain how those around her will respond to it. Gelula gives a confident, brave performance, conveying Anne’s intelligence and warmth in a way that makes her feel completely three-dimensional. It’s a star-making turn. (BT)

Royalty Hightower in “The Fits”

The pint-sized power house knocked it out of the park with her leading role in “The Fits.” Hightower plays a tough girl with a sensitive soul named Toni, who longs to fit in one of the rec center groups where her brother trains at. Hightower is a stellar athlete and emanates the sensitivity needed for her character’s internal struggle to fit in. Toni is shy among the other girls, but you can tell she’s comfortable in the boxing ring that will only see her as a little girl. While balancing Toni’s needs, Hightower never loses her character’s childish nature, whether it’s by goofing off with friends or playing pranks on them. It’s a sweet performance for any actor, and Hightower owns it. (MC)

Nate Parker in “The Birth of a Nation”

As the passionate preacher Nat Turner, Parker embodies both a Messiah-like complex and a sensitive side that wants justice for the generations of his family who were taken away by the slave trade. His is a just anger, and we watch as Turner faced abuse in different ways over the years. Parker stands behind his characterization with conviction. Turner was a God-fearing man who felt he had been called upon to lead a revolution, and Parker walks his audiences through the paces of how he got there. You may not like or approve of what Turner did, but you’ll hear about his legacy in a way perhaps not taught by your middle school history teacher. (MC)

Aside from directing films like "Listen Up Philip" and "Queen of Earth," Alex Ross Perry has made sporadic on-screen appearances in various indie projects, his biggest venture yet in "Joshy." In the relatively simple comedy of which he is just one of the friends gathering for a revelatory weekend, Perry excels with his strange dialogue delivery and immediate sense of offbeat character as the square of the group, creating a unique comic presence in a pool of albeit less distinct dudes. For anyone unfamiliar with his raspy voice and slouched demeanor, he's a revelation of sorts, one that could do enhance more comedies. Either way, in such a funny film with seasoned comedians like Nick Kroll, Brett Gelman, Jenny Slate and Adam Pally, Perry is the scene-stealer who get the biggest laughs of all. (NA) 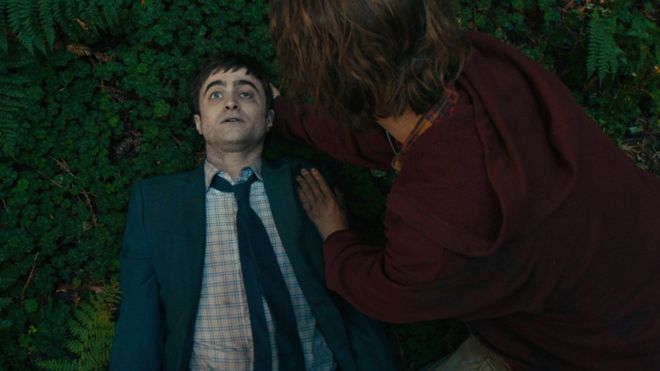 Yes, the former Harry Potter plays the dead guy in the Daniels’ controversial competition film, a movie that went from stories of walk-outs at its premiere to winning Best Director on awards night. Radcliffe plays Manny, a guy who washes ashore on a deserted island occupied by Paul Dano’s Hank. Whether or not Hank is hallucinating, Radcliffe is tasked with giving a daringly physical performance that ultimately transitions into a strikingly moving one. Manny may be the dead guy, but Radcliffe portrays him with such a wonder about life and the many wonders it holds that he gives Hank a reason to live. Radcliffe’s performance is nearly Dogme in its restrictions and yet he finds ways to convey pure emotion through the odd circumstances of his character. It’s an unforgettable performance. (BT)

Narges Rashidi in “Under the Shadow”

A thematic counterpart to Essie Davis’ brilliant performance in “The Babadook,” which premiered at Sundance two years ago, Narges Rashidi’s work in “Under the Shadow” mines a similar vein of maternal horror but with a cultural twist. Rashidi plays a woman who has been forced back into the role of mother by a society in 1988 Iran that won’t allow her to continue at medical school. And so her disappointment at losing that dream combined with insecurity about her motherhood abilities plays into the character when, well, the supernatural intervenes. Rashidi is in nearly every scene in the film, and she brilliantly refuses to play her character as a damsel-in-distress. She is a fighter, a survivor in a country torn apart by war that doesn’t really see her strength as an asset. (BT)

Jack Reynor’s charismatic performance in John Carney’s latest musical sneaks up on you. At first, he’s just the comic relief, the older brother character who talks about how people who listen to Genesis are lame and teaches his younger brother the importance of Joe Jackson and Duran Duran. He’s almost like the Lester Bangs of “Sing Street” for the first two acts, but then Carney hands over some of the emotional reins to Reynor in the closing scenes and the young actor simply takes off. He becomes the symbol of all the men and women who once dreamed of breaking out of their one-note towns to become something else, but had to pass that dream onto another. There are multiple great performances in “Sing Street” that will be underrated because of the “fun” nature of the film (Lucy Boynton gives another) but Reynor is the one who I suspect will use this as a launch pad to stardom. (BT)

Craig Robinson in “Morris From America”

Never while watching “The Office” did you think Craig Robinson could play a tough but understanding father figure. In “Morris From America,” Robinson matches his comic chops to a sense of responsibility as the main character’s widowed dad. Working in Germany and struggling to make amends with his teenage son, you really get a sense that he’s trying to make the best of cultural alienation and the loss of his wife. Robinson is behind some of the movie’s most poignant moments, but true to his on-screen persona, quickly deflects sentimentality with a handy quip.  The father and son relationship at the heart of “Morris From America” is so refreshing, it makes the quizzical side love story almost negligible. (MC)

Tika Sumpter in "Southside with You"

Before filming her part as Michelle Robinson on her first date with future-president Barack Obama, actress Tika Sumpter had what I imagine to be one of the most daunting tasks for any actor. Fulfill a character that can sufficiently walk and talk, and give her a sense of agency—but don't lean too hard on the awe of this human being, who happens to be one of the most important Americans who ever lived. Sumpter manages this acting task with grade-A delicacy, elevating the premise to become more than a novelty story with a flesh-and-blood portrayal of an icon. Most importantly, when her character stands up to the future President of the United States about the respect she fights for as a black woman in the workplace, it does not happen on a soapbox, but from an incredible performance with feet planted firmly on the ground. (NA)