Situated in one of Mexico’s most famous resorts just before the onset of the winter tourist season, the Los Cabos International Film Festival brings in movie industry heavyweights from across North America for several days of deal-making and conferences while offering local audiences (and visiting critics) a healthy sampling of international cinema with an emphasis on U.S. and Mexican offerings.

Compared to the past two years, LCIFF’s fifth edition had a greatly reduced Canadian presence and notably fewer movie stars and directors attending the galas it presents every evening in the Pabellón Cultural. While the films in the festival’s main sections included Kenneth Lonergran’s “Manchester by the Sea,” Andrea Arnold’s “American Honey” (which won the international competition), Woody Allen’s “Café Society,” Terrence Malick’s “Voyage of Time,” Ira Sachs’ “Little Men,” Garth Davis’ “Lion” and Antonio Campos’ “Christine,” and galas were awarded to Pablo Larraín’s “Jackie” and Matt Ross’ “Captain Fantastic,” the two events that brought flesh-and-blood stars onto the festival’s stage were a Lifetime Achievement tribute to actress Monica Bellucci and the world premiere of Bruno Bancalari and Juan Pablo López-Fonseca’s “Hasta la raíz,” a documentary about the making of the latest album by Mexican singing sensation Natalia Lafourcade, who performed after the screening. 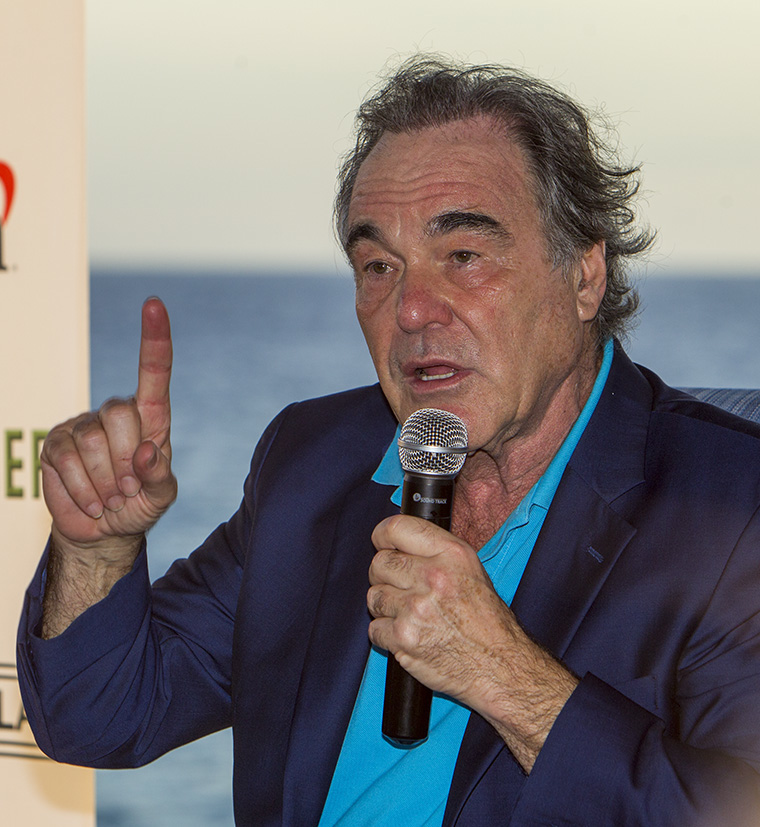 One American film heavyweight guaranteed to generate attention, Oliver Stone was the subject of a career tribute along with the Mexican premiere of his latest, “Snowden.” Hours before taking the Pabellón stage, Stone gave a news conference in which the press seemed less interested in anything cinematic than in eliciting inflammatory comments about the winner of the recent U.S. presidential election. Rather than taking the bait, the filmmaker opined that Hillary Clinton might have pursued regime change in Russia and set the country on “the warpath to World War III.” Of Donald Trump, he said, “He’s a rebel; in some areas we can look optimistically. He’s a smart man that doesn’t want war.”

Naturally, these comments were not what some reporters wanted to hear, and thus were spun in clickbait-y articles to sound more favorable to Trump than they were in context. Although frequently described as a “contrarian,” Stone is a complex and nuanced thinker with a world-spanning perspective that is often distorted beyond recognition when reduced to sound bites. He said the election and its results must be set against the situation of overweening U.S. dominance in a world where the threat of cyber-warfare is ever more perilous. He also noted that the U.S. had interfered in many nations’ elections, including Mexico’s, for decades and that technology is only making this easier.

On the subject of Mexico, Stone said he was glad to be back in the country, where he had an enjoyable experience shooting “Salvador” in the 1980s. He had warm words for cinematographer Rodrigo Prieto, a festival honoree whose body of work includes not only Stone’s “Alexander” and “Wall Street: Money Never Sleeps” but also such diverse titles as “Amores Perros,” “Frida,” “Argo” and “The Wolf of Wall Street.” And Stone noted the directorial talent that Mexico has exported to Hollywood, making particular mention of Guillermo del Toro, Alfonso Cuarón and Alejandro G. Iñárritu.

If those names evoke a national cinema that’s continued to grow in vitality and international visibility in recent years, one of the main pleasures afforded by LCIFF is the chance to assay that cinema’s current state. In five years of covering the festival, I’ve been continually impressed by the overall quality of the Mexican films presented, some of which have gone on to play U.S. art houses, while other deserving titles have inexplicably escaped the attentions of American distributors. This year was no exception. The following titles were uniformly strong and could deservedly find places on the slates of international festivals or art-house distributors. 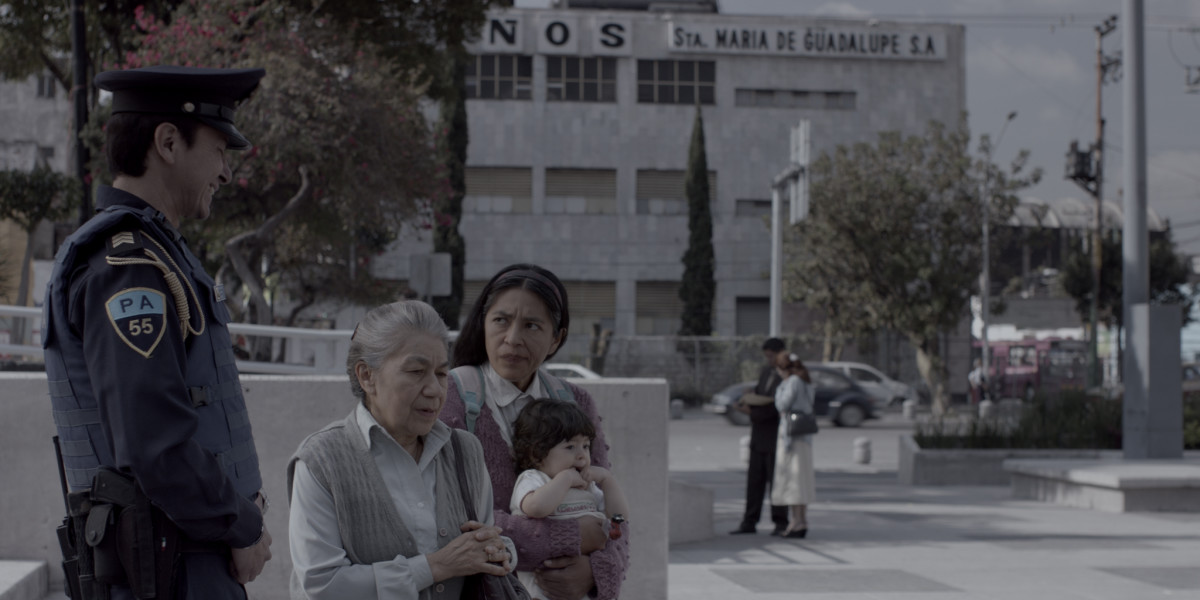 “Tamara y la Catarina (Tamara and the Ladybug)”: The winner of this year’s FIPRESCI international critics prize evokes Italian neorealist and post-revolutionary Iranian films in its elegant simplicity and lucid humanism. In her third feature, writer-director Lucía Carreras follows a mentally challenged woman named Tamara (Ángeles Cruz) whose simple existence begins to unravel when her criminal brother disappears. Wandering away from her job in a café, she sees a baby that’s been left untended in a shop and takes it home with her, nicknaming it “Ladybug.” It’s not that she wants a child, just that she thinks this one needs her help. Doña Meche (Angelina Paláez), an older woman who operates a food stand in the neighborhood, sees the situation and tries to help Tamara learn how to care for the infant while also trying to figure out how to return it to its family. While the unfolding relationship between the two women that’s central to the tale is handled with an admirable lack of sentimentality, Carreras also weaves in sharp elements of social critique in focusing on corrupt cops and poorly run state childcare services. Excellent performances by Cruz and Paláez anchor this moving drama.

“La Región Salvaje (The Untamed)”: Filmmaker Amat Escalante won the Silver Lion for Best Director at this year’s Venice Film Festival for this startlingly original feature, which interweaves two filmmaking modes that are usually deployed separately. First, there’s the straightforward but impressively assured naturalism used to tell a story that, in the words of the festival’s program, “exposes the macho homoeroticism in Mexico”: a loutish laborer loudly proclaims his contempt for gays, then sees his family sunder when it’s revealed that he’s been carrying on a secret affair with his wife’s brother. The other mode is a surrealism worthy of Buñuel or David Lynch: one by one, the story’s characters find themselves in a sylvan lair where a multi-tentacle, serpent-like creature, supposedly left behind by a comet, penetrates them both erotically and psychologically (these scenes’ special effects are exemplary). Although the combination of relationship melodrama and surrealist sci-fi/horror may sound improbable, the control exhibited in Escalante’s direction and the suggestive resonances of his script make this one of the year’s most offbeat and fascinating films. 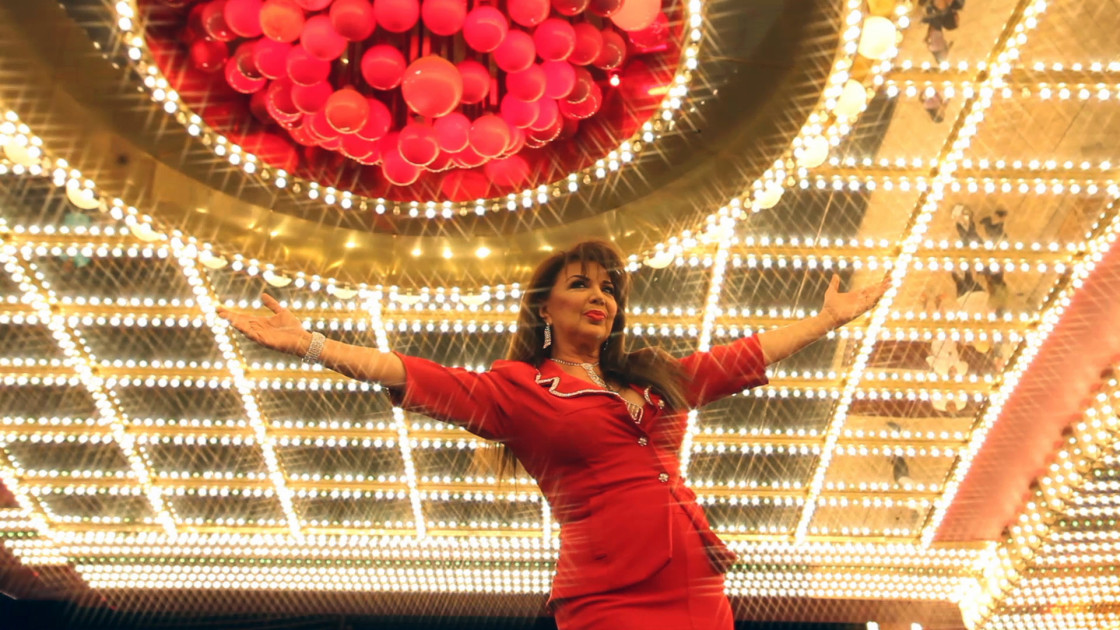 “Bellas de Noche (Beauties of the Night)”: The lone documentary in this group, María José Cuevas’ film appeared last year at Los Cabos as a work-in-progress and returned this year after being selected for the 2016 Telluride and Toronto festivals. A crowd-pleaser of the best sort, it provides a group portrait of five spirited women who are part of a phenomenon with no real equivalent in the U.S.: exotic dancers who became national celebrities in Mexico in the ‘70s and ‘80s and are still living in the afterglow of fame and their publics’ affection. Though decades past their career peaks, all five are survivors who offer fascinating reflections on beauty, aging, sex, show business, and the appeal they still hold for Mexicans of all ages and classes. They now have very different lives—one’s into animal rights, another studies metaphysics, etc.—and Cuevas doesn’t skirt the poignancy that sometimes comes with comparing youth’s freshness with today’s wrinkles and sags. But her insightful, warm-spirited and deftly mounted chronicle emphasizes the charm and resilient personalities of these women, some of whom are still performing.

“X500”: Winner of this year’s México Primero competition, Juan Andrés Arango García’s film announces its status as a co-production (Mexico-Canada-Colombia) in interweaving three stories set in the sponsoring countries, all observing young characters as they deal with harsh and disorienting circumstances. In a Colombian seaport town, a young man who wants to be a fisherman falls in with criminals who deal with their rivals by chopping them up and dumping their bodies in remote swamps. In Mexico City, a boy from an indigenous village who’s threatened by gang members as he tries to work construction finds protection in the friendship of a gay punk. In Montreal, a girl from the Philippines tries to begin a new life in high school while living with her grandmother but finds herself drawn to kids whose only credo is rebellion. While there can inherent frustrations in films featuring separate stories that don’t converge, García’s is so seamlessly crafted and expertly acted that it ends feeling like a coherent and powerful portrait of a world where crime and violence increasingly engulf unmoored young people.

“Carroña (Carrion)”: If Patricia Highsmith were a current male Mexican filmmaker, she might conjure a film as deceptively languorous as this tale of a vacation slowly titling toward disaster. On the coast of Oaxaca, a middle-class couple tries to enjoy some off-the-grid down time, she capturing images of the beautiful setting, he taking surfing lessons from a muscular black resident who calls himself King Black. The great thing about writer/director Sebastián Hiriart’s film is that it doesn’t announce itself as a thriller or psychological drama; for a long time, we’re just caught up in this place’s unhurried rhythms and natural splendor. Then, just as cracks start emerging in the couple’s relationship, and King Black’s stoic presence begins to come between them, a ferocious storm bears down on the coast. Subtly plotted and skillfully acted, Hiriart’s drama is one of those suspense tales whose ultimate twists are as surprising as they are inexorable.

“Soy Nero”: No film in the festival offered as provocative an angle on our president-elect’s statements about Mexicans as this film by Iranian-gone-international director Rafi Pitts. Nero Maldonado (a strong performance by Johnny Ortiz) is a young guy whose life is full of harsh ironies. Though brought up in California and consummately American in speech and outlook, he’s from a family who weren’t U.S. citizens, so he’s not either. As the story begins, he’s in Mexico and makes the dangerous crossing back into the U.S. hoping to earn citizenship under the Dream Act, by becoming a soldier. Before long he’s wearing an American uniform at a dangerous outpost in Iraq, where even his G.I. camo doesn’t deter other soldiers from suspecting that he may be an enemy alien. A plea on behalf of foreigners who were promised citizenship for serving in the U.S. military, this polemical drama has the benefit of being very sharply crafted and emotionally uncompromising. It could not be more timely or topical.