For its 52nd year, the Chicago International Film Festival's unofficial theme is "bigger." With its full line-up given a grand reveal to press members this morning at the annual breakfast event, the program includes more films than ever. Included this year are 25 films which will have their North American premiere, and 30 getting their American premiere.

The spirit of this year’s festival is influenced by its official spotlight theme, the musical. As founder Michael Kutza telling a full house of journalists, “Musicals are coming back … people are looking for something lighter.” In the spirit of previous guests like Vincente Minnelli, Jacques Demy and Busby Berkeley and numerous gems of song and dance, the 52nd Chicago International Film Festival will feature a special spotlight program on musicals, which will kick off with its opening night choice, “La La Land” [pictured above], a favorite at this fall's festivals (our Toronto review) and winner of the TIFF People's Choice Award. Other musicals include the epic Bollywood production "Mirzya," the uplifting Polish musical "Game On," the long-lost 1930 musical "King of Jazz" and much more. 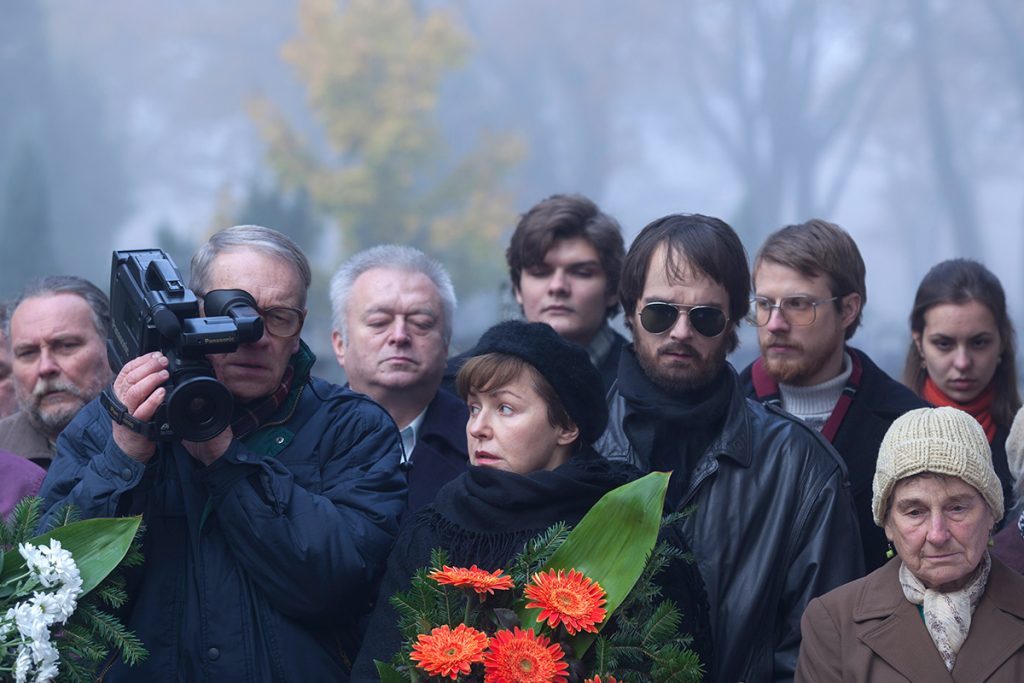 Along with size, the festival also offers some very exciting returns from acclaimed filmmakers, who will be prominently featured in the International Feature Competition. This line-up includes three directors who have won Gold Hugos previously: Asghar Farhadi’s “The Salesman” (our Toronto review); Cristi Puiu’s “Sieranevda” (our Cannes review), which we covered at Cannes; and Japanese master Hirokazu Kore-eda with his latest film, “After the Storm.” Other enticing competition titles include Antonio Campos’ Christine Chubbuck drama “Christine,” (our Sundance review), Pablo Larraín’s “Neruda” (our Cannes review) and Jan P. Matuszyński’s “The Last Family" [pictured above], which the programmers emphasized took them all by surprise, especially in its unique take on the reoccurring theme of the dysfunctional family.

Documentaries in competition offer a very enticing sense of scope, whether on a filmmaking or emotional scale. “A Mere Breath” is a Romanian documentary that took seven years to make, following a family's story of faith; Chicagoan Shawn Convey documented the lives of a humanitarian biker gang in the Balkans for the film "Among Wolves"; an image of the American family is captured with "Random Acts of Legacy," from Canadian director Ali Kazimi; receiving its North American premiere is the documentary "Samuel in the Clouds" from director Pieter Van Eecke, which was filmed on top of one of the highest ski slopes in the world, atop a Bolivian glacier. 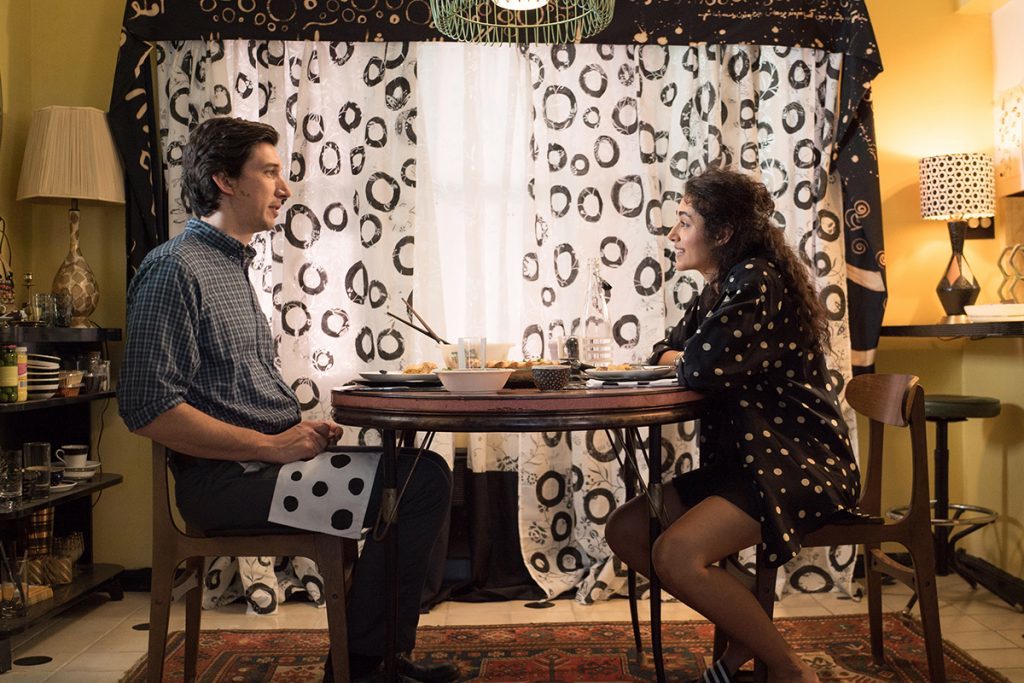 The Special Presentations category is always a great opportunity to celebrate international titles of higher profile, whether the titles are becoming popular on the current festival circuit or will be celebrated for the special place they occupy in film history. New titles from the likes of Cannes, Toronto and others include Paul Verhoeven’s “Elle,” Ken Loach’s “I, Daniel Blake" (our Cannes review) “Lion,” (our Toronto review), “Trespass Against Us” (our Toronto review) and Jim Jarmusch’s “Paterson" (our Cannes review) [pictured above]. Returning to the silver screen on this special occasion are the likes of Alfonso Arau’s “Like Water for Chocolate” (with Arau in attendance for a tribute) and Claude Lelouch’s “A Man and Woman,” the latter screening on its 50th anniversary with a new restored print.

The beautiful irony about a film program like the festival's is that the Shorts section feels to be as major as the feature programming. With a reported 3,000 submissions brought down to a select 47, divided among 7 programs, press were given a head’s up on a few favorites, including “Rhapsody,” which stars Gerard Depardieu, taking care of a small baby; the found-footage “Balloon Fest,” about the “environmental and human consequences” felt by people who wanted to break the world record for the most balloons put into the air, and “Ears, Nose and Throat” by filmmaker Kevin Everson.

Keeping up with another informal tradition, this year’s After Dark section has the allure of the weird, especially with the cannibal film “Raw,” which earned this year’s unofficial designation of being the film that required medical attention after a person reportedly passed out. That title will be joined by the likes of “Prevenge,” the directorial debut of “Sightseers” co-writer Alice Lowe; “We Are the Flesh,” from Mexico; Nicolas Pesce’s “The Eyes of My Mother,” (our Sundance review); and to round out the Chicago spirit of the festival, a 30th anniversary of John McNaughton’s disturbing “Henry: Portrait of a Serial Killer,” with McNaughton and cast members scheduled to attend. 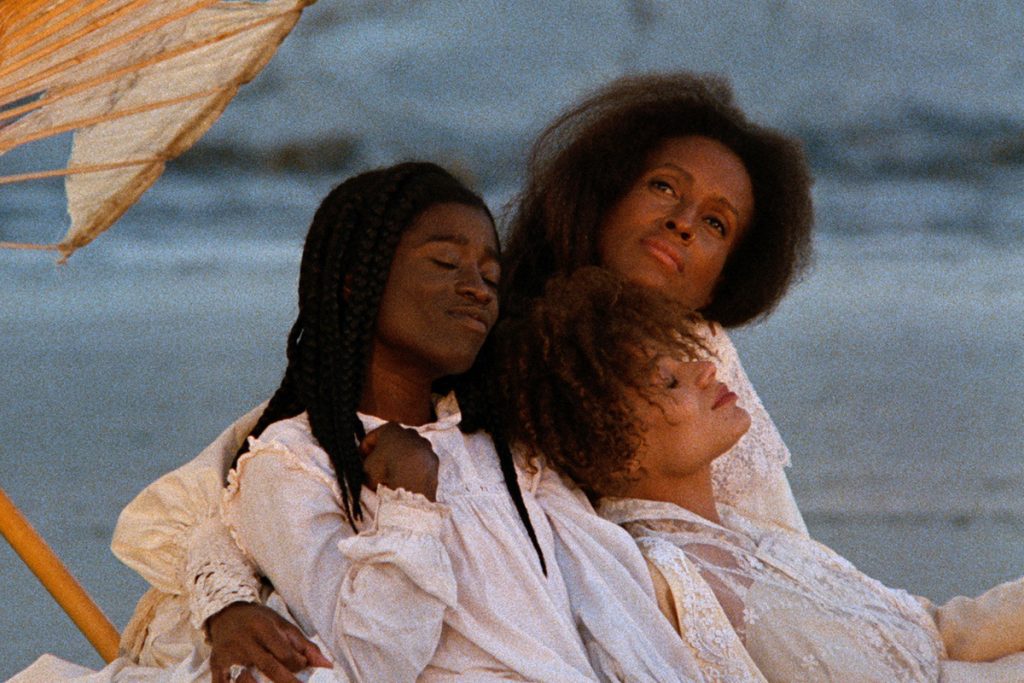 This year marks the 20th anniversary of the Black Perspectives program, a milestone that will be celebrated in a few huge ways. Director Steve McQueen (of “Shame,” “12 Years a Slave”) will be celebrated with a special presentation of his work, with an after party to follow.  This year also marks the 20th anniversary of Julie Dash’s “Daughters of the Dust” [pictured above], which will be shown here with as new restoration and with Dash in attendance, along with others involved with making of the film. And in an exciting look at what’s new in black cinema, writer/director Barry Jenkins will be in town, possibly with members of his cast, to present his festival favorite “Moonlight" (our 4-star Toronto review). The idea of past, present and future within Black Perspectives will be engaged with a panel event on the past 25 years of African-American filmmakers on Saturday, October 22, a free event that will be held at the AMC River East.

The festival always prides itself on boosting new and rising directing talent from around the world, especially if they’ve been championed by the event previously for their shorts. Director Carlos Lechuga returns to the festival with his second feature “Santa & Andrés,” an “unconventional love story” from Cuba/Colombia; Jonas Rothlaender is back at the festival with his “twisted love story and white-knuckle nail-biter” titled “Fado,” which comes from Germany. Other curious titles from the New Directors competition include Xander Robin's "Are We Not Cats," Atilla Till's Hungarian production "Kills on Wheels," the Iranian film "Finals" from director Adel Yaraghi and more. 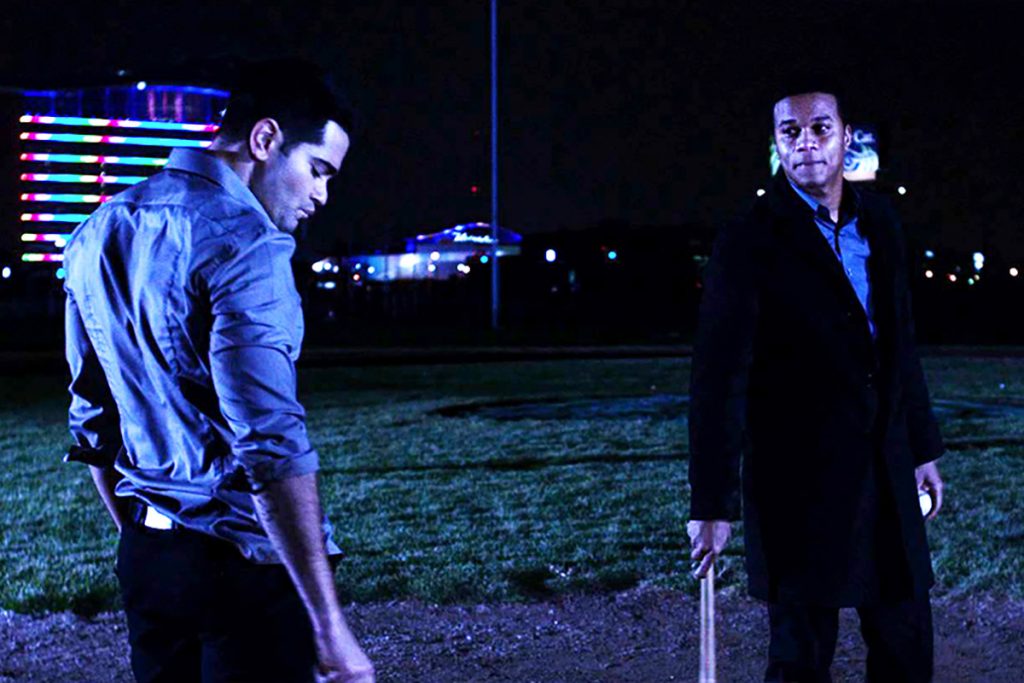 Of course, the spirit of Chicago is not just within the patrons excited to get a look at the latest in world cinema, but the programming itself highlights talent with Chicago connections throughout various categories. This includes Matthew Cherry, whose “9 Rides” will be showing in the U.S. Indies category, along with Nathan Adloff’s “Miles” (starring Molly Shannon) and the latest from “Mooz-lum” director Qasim Basir, “Destined.” Beloved Chicagoan actor Jim O’Heir (NBC’s “Parks and Recreation”) stars in a dark comedy about a “nerdy accountant searching for stand-up fame.” The City & State program would be seemingly incomplete if it didn’t include Steve James' “Abacus: Small Enough to Jail,” a favorite from Toronto (our Toronto review).

After a seemingly endless amount of features and shorts are given the CIFF treatment, the 52nd edition will conclude on Thursday, October 27 with a Closing Night presentation of Denis Villeneuve's sci-fi film "Arrival" (our review from Toronto) starring Amy Adams and Jeremy Renner.

With many more titles and events to be shared, discovered, and devoured, the full schedule can be found at the Chicago International Film Festival's website here. Be sure to check back at RogerEbert.com often as we dive deep into one of the finest festivals in the world.