Michael Parks, one of the great character actors of our time, has passed away at the age of 77. In a career spanning more than 55 years and over 150 credits, he was a prolific performer in both film and television who attracted notice due to his obvious talents as well as his iconoclastic attitude towards the industry at large. In his later years, he benefitted from a career resurgence as fans of his work such as Quentin Tarantino, Robert Rodriguez and Kevin Smith paid tribute to him by giving him showy roles in their own films that exposed his talents to a new generation of moviegoers.

Born Harry Samuel Parks on April 24, 1940 in Corona, California, Parks, the son of a baseball player, had already worked as a fruit picker, truck driver, ditch digger, forest ranger and casket upholsterer before giving acting a try. At the age of 18, he was discovered by actor/director Frank Silvera while acting in a production of “Compulsion” and within a few years, he was making appearances on such television shows as “The Untouchables,” “The Detectives,” “The Real McCoys,” “Gunsmoke” and “The Alfred Hitchcock Hour.” He made his film debut in 1965 in “Bus Riley’s Back in Town,” a romantic drama by William Inge in which he was cast opposite Ann-Margret. Over the next couple of years, he had starring roles in such films as “Wild Seed” (1965), “The Idol” (1966) and “The Happening” (1967) and even appeared as Adam in the John Huston epic “The Bible: In the Beginning” (1966). None of these films were particularly big hits but Parks caught the attention of viewers and it seemed as if achieving true stardom was only a matter of time. However, it was around this time that he, despite being under contract to Universal Studios, refused to appear in a remake of “Beau Geste,” a conflict that led to the end of his contract. His career stalled for the next couple of years, outside of appearances in the occasional TV movie. 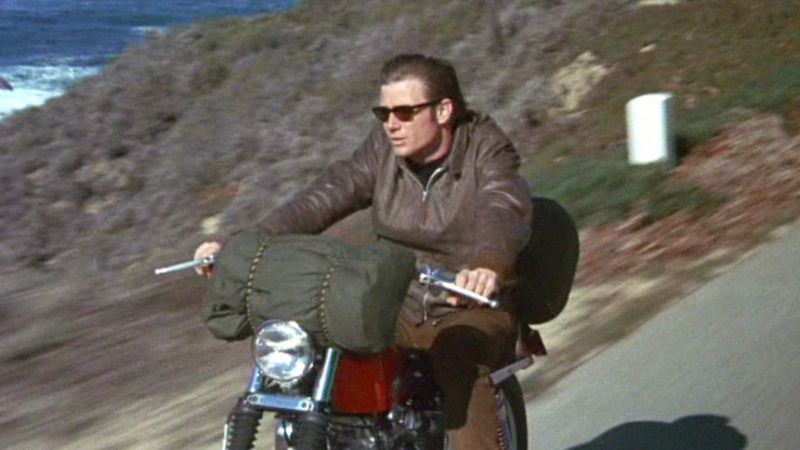 In 1969, he was cast in the lead role in “Then Came Bronson,” an ambitious television series. Parks played a disillusioned newspaper reporter who left his job and essentially dropped out of society in order to roam the country (or at least California) on his Harley-Davidson, each week meeting a different group of people and helping them out with their problems. The show was quite unusual for its time—while not especially radical in most respects, it painted a more sympathetic view of the era’s alternative lifestyles than one might find on something like “Dragnet”—and a large amount of its success was due to the undeniable appeal of Parks and his sensitive portrayal of his character. Unfortunately, Parks was hoping to have a larger degree of creative input in the series than was generally afforded to television actors of the time and when he was stymied in this regard, he did not hesitate to air his complaints to the press. Between his difficulties with the producers and the less-than-stellar ratings that it was pulling in, the show was eventually cancelled after one season, although it continues to resonate in pop culture.

In the immediate aftermath of the “Then Came Bronson” debacle, Parks pursued other interests—having sung the theme song to the show, “Long Lonesome Highway” (which became a Top 40 hit in 1970), he went on to record a half-dozen albums by the middle of the ‘70s and even tried to qualify for the 1972 Summer Olympics as a miler. When he eventually did go back to work as an actor, he once again appeared in any number of television series, including “Medical Center,” “Ironside,” “McCloud,” “Police Story,” “Bronk” and “Police Woman” as well as a number of made-for-TV movies. He returned to the big screen as well in supporting roles in a number of films, such as “The Last Hard Men” (1976), “The Private Files of J. Edgar Hoover” (1977), “The Evictors” (1979), “ffolkes” (1980) and “Hard Country” (1981). Later in the ‘80s, he made his directorial debut (his only work behind the camera) with “The Return of Josey Wales,” in which he also played the title role and also scored a recurring role in the “Dynasty” spin-off “The Colbys.” 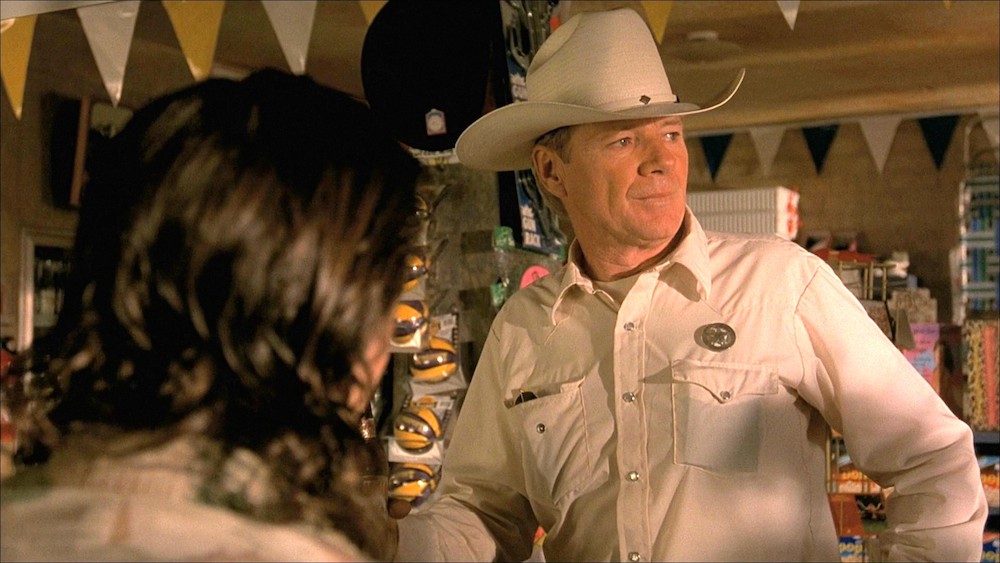 It was in the ‘90s that he would finally have his long-awaited career renaissance. He appeared in a recurring role on the groundbreaking series “Twin Peaks” as the malevolent, though soft-spoken, French-Canadian criminal Jean Renault. After a couple more years of appearing in silliness like the Chuck Norris programmer “The Hitman” (1991) and the deathless “Death Wish V: The Face of Death” (1994), he landed his two best movie roles up to that time. In Robert Rodriguez’s “From Dusk Till Dawn” (1996, pictured above), he appeared in the celebrated opening sequence as a Texas lawman who unwittingly stumbles into a hostage situation in a liquor store that soon goes bad and even though he was only in it for a few minutes, he tore into Quentin Tarantino’s dialogue with such gleeful relish that he practically stole the entire show, not that easy to do in a film that also features Salma Hayek as a vampire stripper.

A year later, Parks turned up in “Niagara Niagara,” a drama about a pair of misfits, one (Robin Tunney) suffering from Tourette’s, on a road trip destined to end in tragedy. Parks had a key supporting role as an old man who takes the couple in when they get into a jam and talks to them about his life and his two great loves, his late wife and his pet chicken. Sadly lost amid the glut of American indie films that came out in the ’90s, “Niagara, Niagara” is one worth seeking out. Parks’ beautifully nuanced performance is one of the major reasons as to why it worth finding.

Although his character in “From Dusk Till Dawn,” Earl McGraw, met a grisly end, that wasn’t enough to keep a good character or character actor down. And so when Tarantino made his two-part kung-fu/revenge epic “Kill Bill” (2003), he brought Parks back to play the character in both chapters (with Parks’ real-life son James also appearing as Earl’s son, Edgar). In “Kill Bill Vol. 2,” Tarantino even gave Parks a showy second part as Esteban Vihaio, a Mexican crime kingpin who helps Uma Thurman track down Bill once and for all. Parks would then play Earl McGraw again for both Tarantino and Rodriguez when the character turned up in both “Planet Terror” and “Death Proof,” the two halves of their wildly ambitious B-movie homage “Grindhouse” (2007).

Over the next few years, Parks also appeared in a number of films, most notable of which included the Western epics “The Assassination of Jesse James by the Coward Robert Ford” (2007) “Django Unchained” (2012), and “Argo” (2012), where he played legendary comic book artist Jack Kirby. Parks also made a brief but memorable appearance in the cult horror favorite “We Are What We Are” (2013). 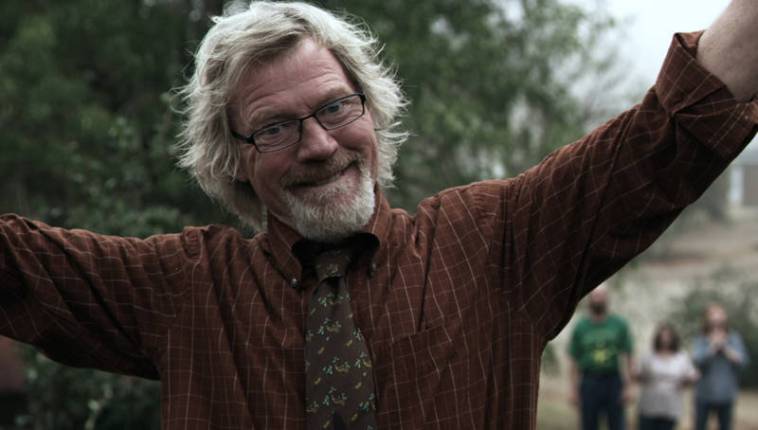 But it took filmmaker Kevin Smith to put Parks back at the front and center of a movie. In “Red State” (2011, pictured above), he played the as the charismatic leader of a murderous fundamentalist church in the middle of a standoff with ATF agents; in the bizarro horror item “Tusk” (2014), Parks was a reclusive old man of the sea who kidnaps a snarky podcaster (Justin Long) as part of a diabolical plan to transform him into a walrus. To be brutally frank, the two films as a whole are not very good at all—the former was a horror-thriller hybrid with good ideas that never quite came together in a satisfactory matter while the latter was little more than an uninspired stoner joke barely brought to life—but the degree to which they are successful are due almost entirely to Parks’ contributions. His performance in “Red State” is legitimately brilliant in the way that he brings the character to life in ways that are so convincing and utterly devoid of condescension that you can actually begin to understand why people give their lives, body and soul, to someone like him. (His extended preaching scenes are a thing of terrifying beauty.) “Tusk,” on the other hand, is one of the dumbest movies ever made, but Parks brings a weight and gravity to his scenes that completely cuts through the jokey premise to such a degree that it is impossible to even think of another actor who could have accomplished anything close to what he did.

Michael Parks may not have had the kind of screen stardom that many thought he would achieve. Then again, if he had gone on to the standard-issue leading man parts of the day, it is unlikely that he would’ve had the opportunity to play parts as memorable as the ones he had. Even when he landed in bad movies, his mere presence usually made things more interesting for the time that he was on the screen. He may not have been a superstar but to hardcore film buffs, he was a treasure and one that will be sorely missed.