"I want to dance with Harry Dean
Drive through Texas in a black limousine
I want a piece of heaven 'fore I die."
- Debbie Harry, "I Want That Man"

He had a face like a medieval wood cut—angular, cheeks caved in, a twisted thin-lipped mouth and deep-set huge eyes. The face was haunting because of what it expressed but more because of what it withheld. Loneliness was etched into his face. Or maybe it wasn't loneliness. Maybe it was something else. There was a blankness at the heart of many of his best roles, an almost emptied-out space filled with echoes, reflections, and stillness, making him the perfect projector screen for audience dreams and associations. What was happening behind those eyes? Grief? Endurance? Philosophy? It could be all simultaneously. He made sense staggering through the desert; he made sense on the back of a horse; he made sense in a prison yard; he made sense cruising the nighttime streets in a beat-up gas guzzler. He could be a cowboy, a conman, or a lost romantic soul. No wonder his career lasted over 60 years with no interruption. His friend and colleague Sam Shepard said of him, "He's one of those actors who knows that his face is the story."

In an interview with Venice magazine, Stanton remembered his Kentucky childhood and the birth of the acting bug, "I always had a dramatic flair. I'd like to dress up like a cowboy, play make-believe. But I didn't realize acting was something I had to do until I got to college." He was in a barbershop quartet and the glee club in high school. Music was as important to him as acting. Up until the very end of his life, he and his band "The Harry Dean Stanton Band" played regular gigs in Los Angeles. After graduating high school in 1944, he joined the Navy as a cook, and was shipped to the Pacific just in time for the Battle of Okinawa. After the war, he headed to California to study and work at the Pasadena Playhouse, a hotbed of talent at the time, a pipeline for young actors into the bigger leagues. While Stanton never made a big fuss about himself as an actor, and had no sense of self-importance, it's clear from these facts that Stanton knew what he wanted to do, and knew where he had to go to do it. 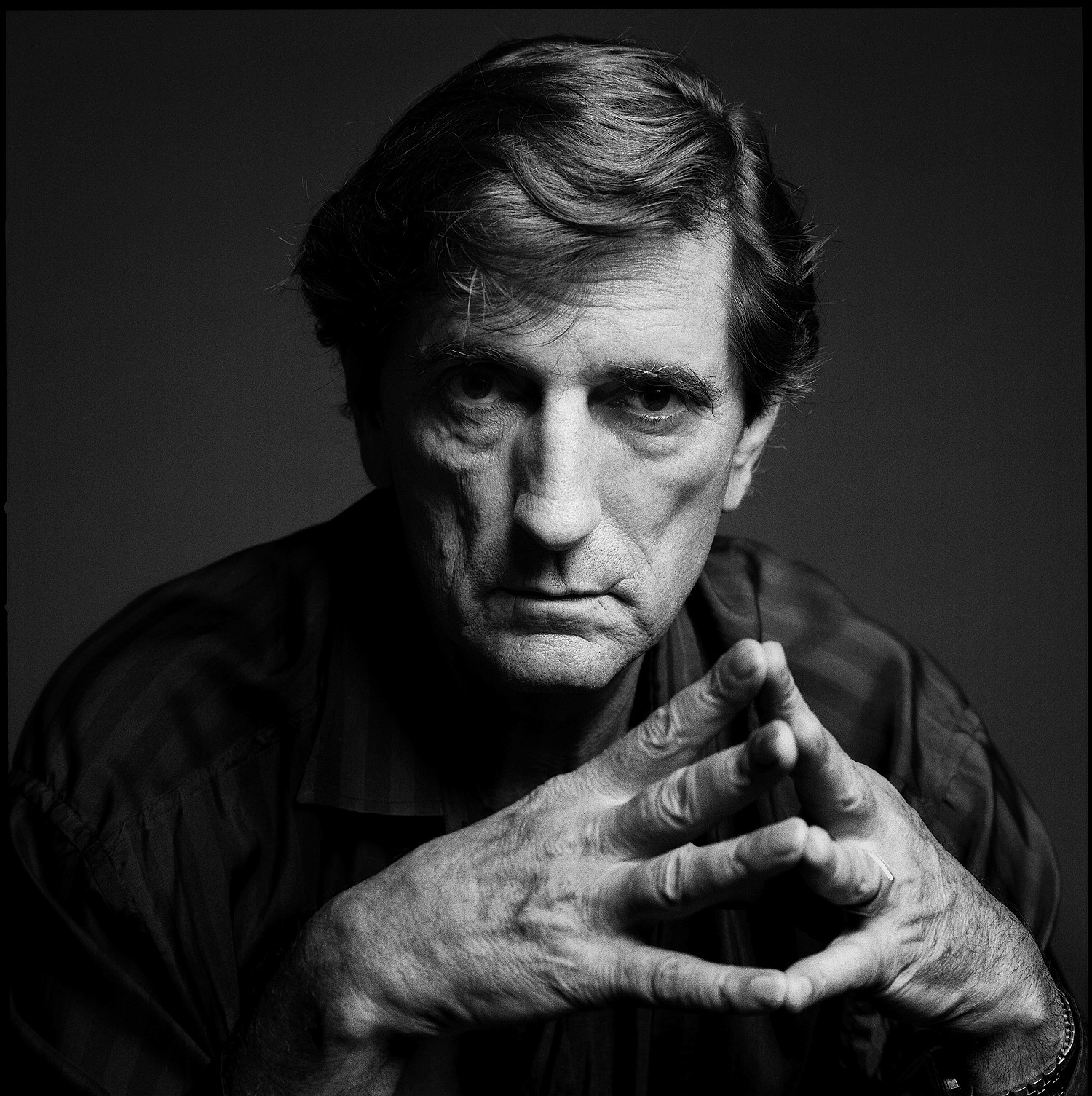 One of the earliest indelible impressions he made in film (after years of working in B-movie Westerns) was in "Cool Hand Luke," where he sat in the prison yard, strumming a guitar and singing "Just a Closer Walk with Thee." We see him first as background until the focus falls solely on him, the camera moving in closer and closer to that unique face, tanned and handsome, filled with fervent devotion, yet distant, lost to his surroundings. It is a moment of total and pure expression. There's something abstract about it. He looks upward, but he's not seeing the sky. He's somewhere else. He's in the Promised Land.

In 1971, he had a one-scene part in Monte Hellman's existential bleak masterpiece, "Two-Lane Blacktop," as a drifter hitching a ride with Warren Oates. Warren Oates (whom Stanton would work with two years later in "Dillinger") talks up a storm at first, every sentence meant to impress this stranger who just wants to get to Oklahoma City. Stanton is lean and taciturn, his long legs buckled up in the tiny front seat, his head flung back. John Hammond Jr. screeches "Maybelline" on the radio, and nothing happens for a while. But then slowly, almost imperceptibly, Stanton reaches his hand out to touch Oates' thigh. Oates screams tensely, "I'M NOT INTO THAT." Stanton's hitchhiker is completely relaxed in the face of the rejection, saying simply, "I thought it might relax you while you're driving." In a movie filled with so many memorable scenes of loneliness, dissociation, and yearning, Stanton's hitchhiker leaves a churning wake. He exits the movie soon after. I think about that character sometimes. I wonder what happened to him. I wonder what his life was like. As is the case with most of Stanton's roles, no matter how small, his presence leaves an indelible afterimage.

Other classic films followed. As Brett in "Alien," he had one of the more horrifying deaths, made even more so because his character was in the process of tracking down a cute cat when the alien struck. He showed up in "The Rose," in "Private Benjamin," in "Escape from New York." Once the '80s hit, a kind of momentum built, starting with "Repo Man," where he is unforgettable as Bud, a fast-talking coke-sniffing street-smart chatterbox. In the film, he is pure extrovert, tossing words of cynical wisdom across the car seat at his partner, played by Emilio Estevez, in a blase, bitter, rat-a-tat rhythm. He looks at a group of people standing around a car and says, with deadpan contempt, "Ordinary fucking people. I hate 'em."

When Wim Wenders cast him as Travis, the mysterious man who emerges from the desert of the American Southwest, dazed by a grief too deep he cannot even name, Stanton moved into a spotlight all his own. "Paris, Texas" was an arthouse hit and a critical darling. Travis was in Stanton's particular wheelhouse. Travis' trauma emanates off of him in waves. It has ravaged his mind, his soul, his nervous system. Something in him has been cauterized. But what name do we call it? Can it be named? Should it? Stanton's work is poetic in its ability to evoke things, rather than pin them down into one spot.

And the credits continued to roll and roll. He was tender and sad as Molly Ringwald's father in "Pretty in Pink," fanatical and intense as St. Paul in "The Last Temptation of Christ," a terrified ruined man in "Wild at Heart." Stanton had a gift for friendship, nurturing lifelong relationships with actors, directors, musicians, people he worked with again and again. There was Kris Kristofferson (whom he appeared with in the unforgettable "Cisco Pike" and Sam Peckinpah's "Pat Garrett & Billy the Kid"), Jack Nicholson (whom he worked with multiple times, in Monte Hellman's beautiful "Ride in the Whirlwind", a formative experience for Stanton, and in Arthur Penn's "Missouri Breaks"), Marlon Brando (also in "Missouri Breaks"), David Lynch (who used him multiple times, in "Wild at Heart," "The Straight Story," "Fire Walk With Me," "Inland Empire," "Twin Peaks: The Return"). His career is Hollywood as Very Small Town.

Stanton was charismatic and eccentric. He went his own way. Directors clamored to work with him. Sam Shepard's eloquent observation about Stanton's face comes to mind again. Not too many actors have a face that can tell the whole story, adding depths even the director is not aware of. He could be unpredictable. His remoteness was sometimes spiked with bitterness, anger, or irritation. His anger could be frightening because—as with everything in him—it came from such an honest place.

In the recent documentary "Harry Dean Stanton: Partly Fiction," he speaks to Sophie Huber (the director of the film), who is sitting off-camera. He wonders what she wants from him, what is required. He jokes, "How 'bout doing nothing? How 'bout silence?" It's one of the first things I thought of when I heard the news he died. It was a casual throwaway, a joke, but it was grounded in his truth, and says so much about him. "How 'bout doing nothing?" One of the hardest things for an actor to do is "nothing." But "nothing" is what is required. Don't act. Be.

In episode six of "Twin Peaks: The Return," his character Carl, owner of a trailer park, takes a ride into town. He gets a coffee and sits in the park, his body slack and relaxed. He stares up at the treetops, a cathedral of rustling green above him. His face is almost blasted open in awareness. It is an expansive moment, and all we are looking at is an old man staring at the trees. Nothing happens and yet everything happens. The “meaning” here is ultimately unknowable. The expression on his face is close to awe, but what he thinks, what he sees, is his business. We are just lucky enough to get to sit there with him for a spell, looking at the trees with him, trying to see what he sees. Stanton always knew that silence was the most eloquent expression of all.