“Fury” and “The Imitation Game”: Reflections of Today in Films about WWII

With “Fury” debuting atop the domestic box office last month and “The Imitation Game” generating Oscar buzz in advance of its November 28 release, it would be tempting to say that Hollywood has rediscovered its interest in World War II. The truth is it never really lost it. From the propagandistic films made during wartime (“Sergeant York”) to modern-day remembrances of the Greatest Generation (“Saving Private Ryan”), Americans never seem to tire of these stories of bravery and fortitude; perhaps one reason is that the films tell us more about the era in which they were made than the one in which they take place.

“The Dirty Dozen” and “The Green Berets” were hawkish rebukes to the popular anti-war sentiments of the Vietnam Era, while “Saving Private Ryan” and “The Thin Red Line” offered more meditative, less urgent perspectives during a time (the late 1990s) many thought to be one of protracted peace. In the mid-2000s, Clint Eastwood made a pair of WWII films—“Flags of our Father” and “Letters from Iwo Jima”—that examined a crucial battle from both the American and Japanese perspectives, a stunning subversion of a genre that has rarely  made room for the enemy to be anything other than monsters. 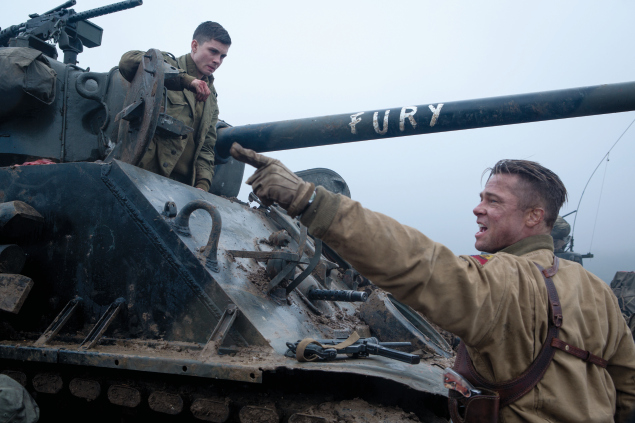 Eastwood’s films reflected American ambivalence over the War on Terror, and halfway into the next decade, we remain deeply, frustratingly divided. This may explain Hollywood’s current obsession with WWII (a third film, Angelina Jolie’s “Unbroken,” bows on Christmas Day). Are we hungry for stories from a simpler, more galvanized time? Perhaps, but the WWII films of today seem made for completely separate demographics. “Fury”will resonate with people who see war as a noble and heroic fight against evil, while “The Imitation Game” is for those who view violence of any kind as a last resort. The former is a hyper-violent, militaristic paean to the American soldiers who fought the war on the battlefield. The latter is a vehicle for progressive social values that portrays British academics as the real heroes. The disparate values in these films are reflective of our divisive political culture, to which apparently not even the most justifiable war in modern American history is immune.

Nowhere are the differences between these two films more apparent than in their depictions of violence. “Fury” is probably the most gruesome film of the year not to exist within the horror genre. There is nothing controversial about that; war is violent, and military veterans have praised the film for accurately reflecting its horrors, both in its physical realities and the psychological trauma it inflicts. What separates “Fury” from other graphic war films, however, is that it seems to celebrate killing as an ideology, not as strategy, policy, or even self-defense. 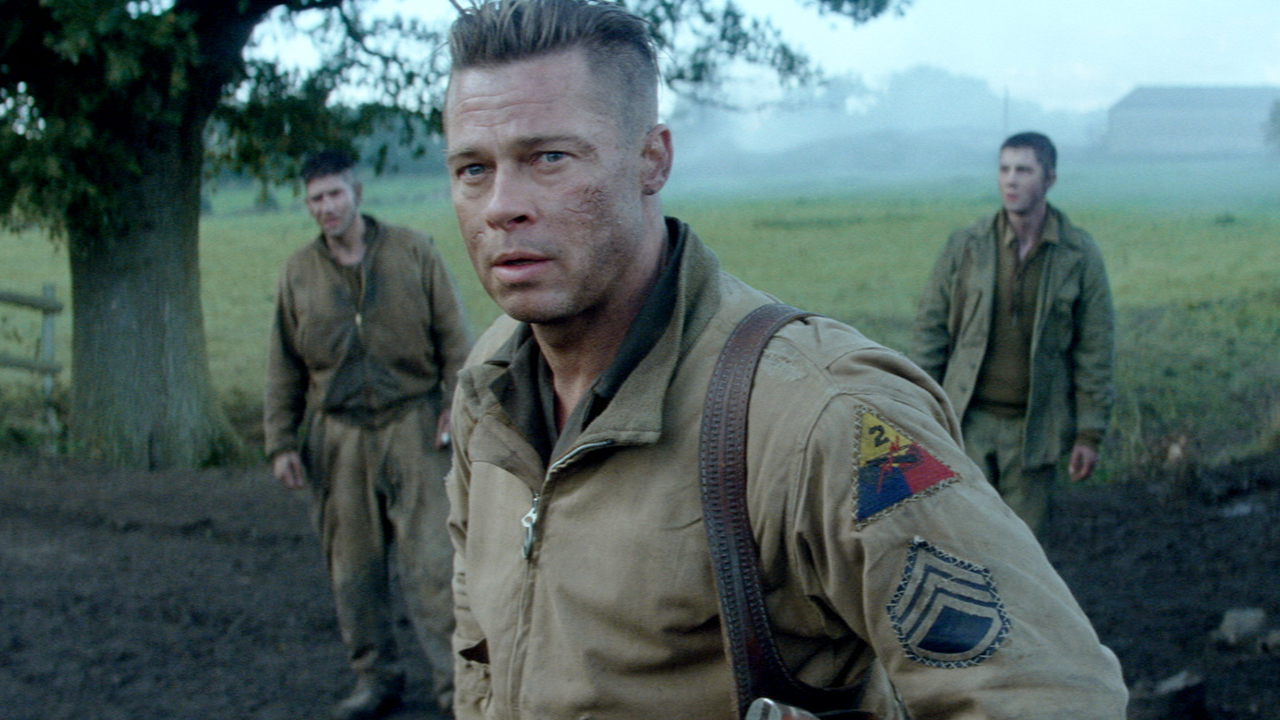 Set in the final days of the war, when conflict is nearing an end but, as one character puts it, “a whole lotta people gotta die,” “Fury” omits any context beyond the battlefield. The film follows an elite tank squadron led by Don ‘Wardaddy’ Collier (Pitt), as they receive and train an inexperienced Army typist, Norman (Logan Lerman), who has inexplicably been assigned to their squadron. New to the war, Norman is squeamish about killing, so Collier commands him to shoot an unarmed German prisoner of war. When Norman refuses, Collier literally forces his hand. Thus begins The Desensitization of Norman, a process by which the young innocent slowly sheds his naïve, peaceful ways and learns to relish mowing down the faceless, nameless Nazis in the tank’s path. Of course, Norman is a handy surrogate for the audience, who will also flinch at the shedding of blood but may be applauding the hundreds of Nazi deaths in the film’s climax.

The film’s reverence of killing runs so deep that it even celebrates—in a way—the death of its American heroes. When the tank breaks down, and Collier and his crew face an incoming unit of 300 or so German soldiers, the logical choice would be to run and hide. Instead, they stay and are rewarded with a noble hero’s death, taking out hordes of enemy soldiers in the process. The scene recalls the second half of last year’s “Lone Survivor,” in which 4 Navy SEALS engaged in a legendary and (mostly) fatal firefight with the Taliban. Steven Boone, in his review here, wrote that the film “makes political interests superfluous to the religion of the warrior.” “Fury” walks a similarly delicate line, condemning the horrors of war while depicting its trigger-happy protagonists as action heroes that we are meant to emulate.

The comparison to “Lone Survivor” works especially well when we consider “Fury” a reflection of our attitudes towards our current war against global jihadism, an enemy that some consider equal to the Nazis in their practices and ideology. Like many who support increased American presence in the Middle East, “Fury” sees global conflict as a zero sum game, in which total destruction of our monstrous enemies is the only goal. Such a perspective may not accurately reflect global realities—the war on jihadism cannot be won on guts and glory alone—but it also ignores the fact that support for America’s involvement in WWII was hardly unanimous, at least until the Pearl Harbor bombing. In fact, until that point, the U.S. resisted involvement in the war at every turn, but in our films and other pop culture artifacts, that ambivalence has been mostly stripped from the record. “Fury” marks the latest film to depict WWII as a simple, inarguable case of good versus evil, which, in all the ways it deviates from reality, makes for a gripping movie with a satisfying moral canvas. 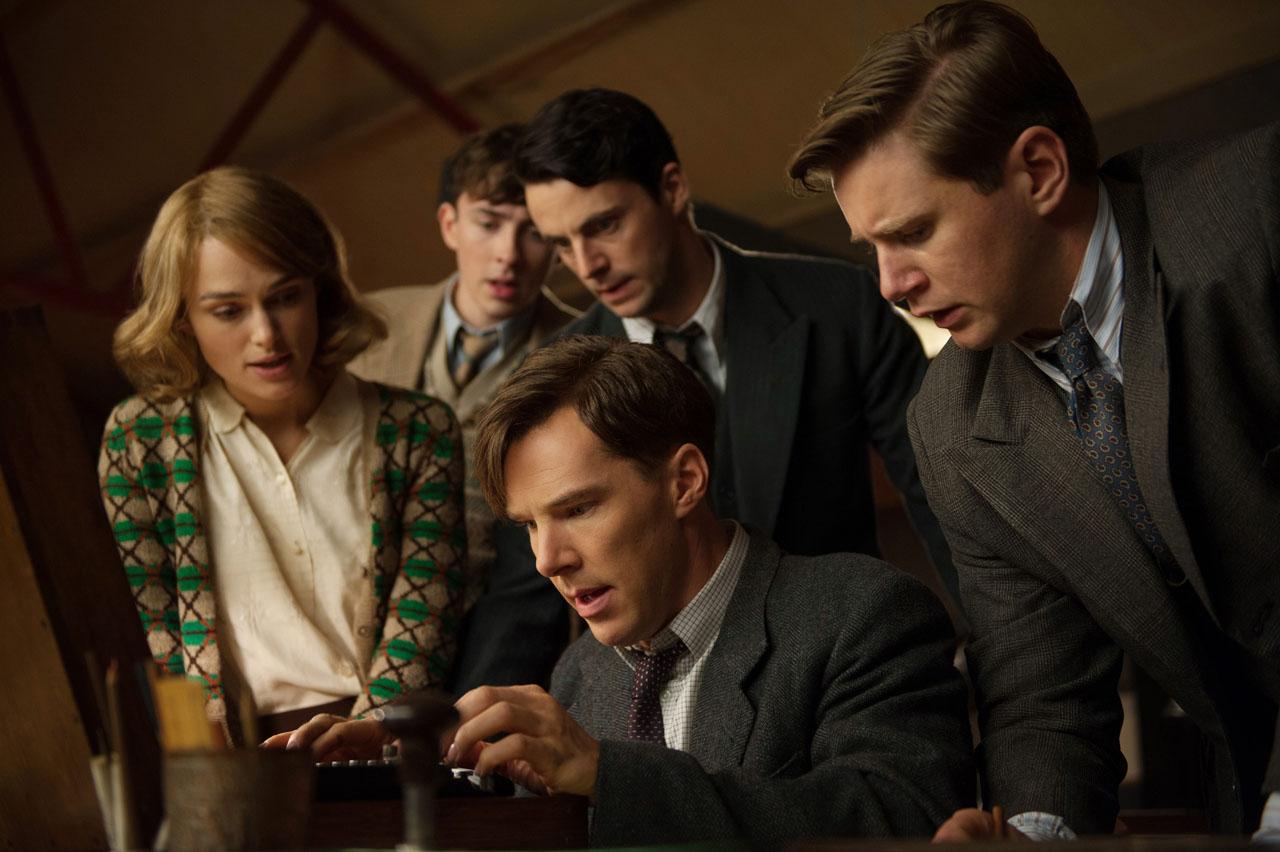 “The Imitation Game” makes its own moral calculations, but from the inverse perspective. Its characters never even sniff the battlefield, with almost the entire story taking place inside the abandoned radio factory where genius mathematician Alan Turing (Benedict Cumberbatch) and his team labor to crack the Nazi Enigma code. The heroes of the film are quiet, unassuming academics, who have more in common with Norman at the start of “Fury” than any of that film’s hardened war veterans.

The film’s attitude towards violence is best displayed in the crucial moment after Turing cracks the code. After discovering through decoded messages that German U-boats are planning on attack on a British passenger ship that will kill hundreds of men, women, and children, he decides to let the civilians die, instead of saving them and inadvertently alerting German intelligence that their code has been cracked. Every day after that, Turing and his team make a “blood-soaked calculus” to determine how many lives they can save, while still preserving their secret of having cracked the code, their greatest tool in winning the war. In this way, “The Imitation Game” puts the strategic and moral choices of war in the foreground, whereas “Fury” ignores them altogether. 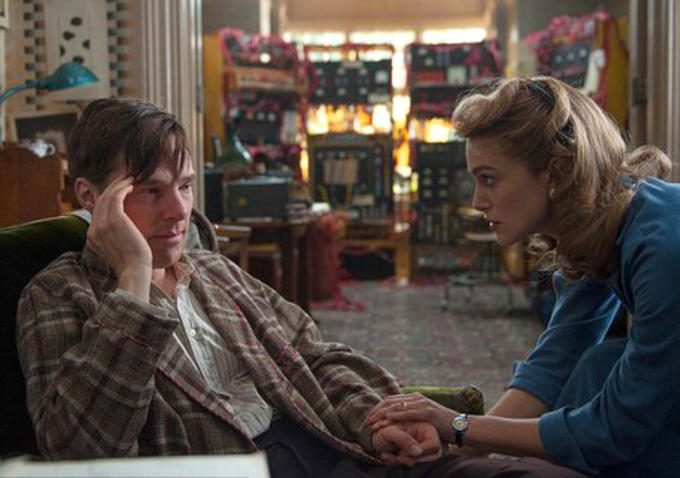 If the characters in “The Imitation Game” seek to avoid bloodshed—or are at least “agnostic” about it, as Turing puts it—it could be because they themselves have been the victims of systemic cultural violence. Turing and his most trusted partner, Joan Clarke (Keira Knightley), are a closeted homosexual and a woman, respectively, and the film places their accomplishments in the context of the LGBT and gender equality movements. Turing ends up arrested for indecency and sentenced to hormone therapy, also known as “chemical castration.” Meanwhile, Clarke is mistaken for a secretary when she first reports to work for Turing (the security guard can’t believe a woman would be smart enough), and she views her work as an escape from the domestic life women of her generation were expected to fulfill. As Turing and Clarke form a strong, platonic relationship, the film touchingly shows how cultural violence towards marginalized people can force them into strange, difficult choices, but also how their shared struggle can forge strong bonds of friendship.

Turning the classic World War II movie into a vehicle for socially progressive values is a pretty subversive act, and the film’s boldness is likely to get it some serious awards attention. Alternatively, the left-leaning Academy will surely reject “Fury,” despite the great love it has received at the box office and from the military community. Maybe that’s okay. The near-simultaneous release of these two films—buttressing the mid-term elections, no less, when political ideologies are running highest—may show how well Hollywood is adjusting to our political divisions. For most of the last 70 years, you could make a WWII film that appealed to the masses. Nowadays, you have to make two.