I couldn't have imagined a more perfect program than the one held last Saturday at the American Writers Museum in Chicago. My dear husband Roger was inducted into the Chicago Literary Hall of Fame by its leader, Don Evans. And though Roger couldn't join us in material form, his presence was felt by all those in attendance.

Earlier in the week when I did a walk-through of the new and exquisitely beautiful American Writers Museum (it opened in May, and may be the only one of it's kind in the country), I watched little children gazing in awe at the typewriters on display. They had never seen typewriters, but because they were familiar with the keyboards on their computers, they quickly mastered them. They began typing stories of their own and I could practically hear Roger chuckling with delight. 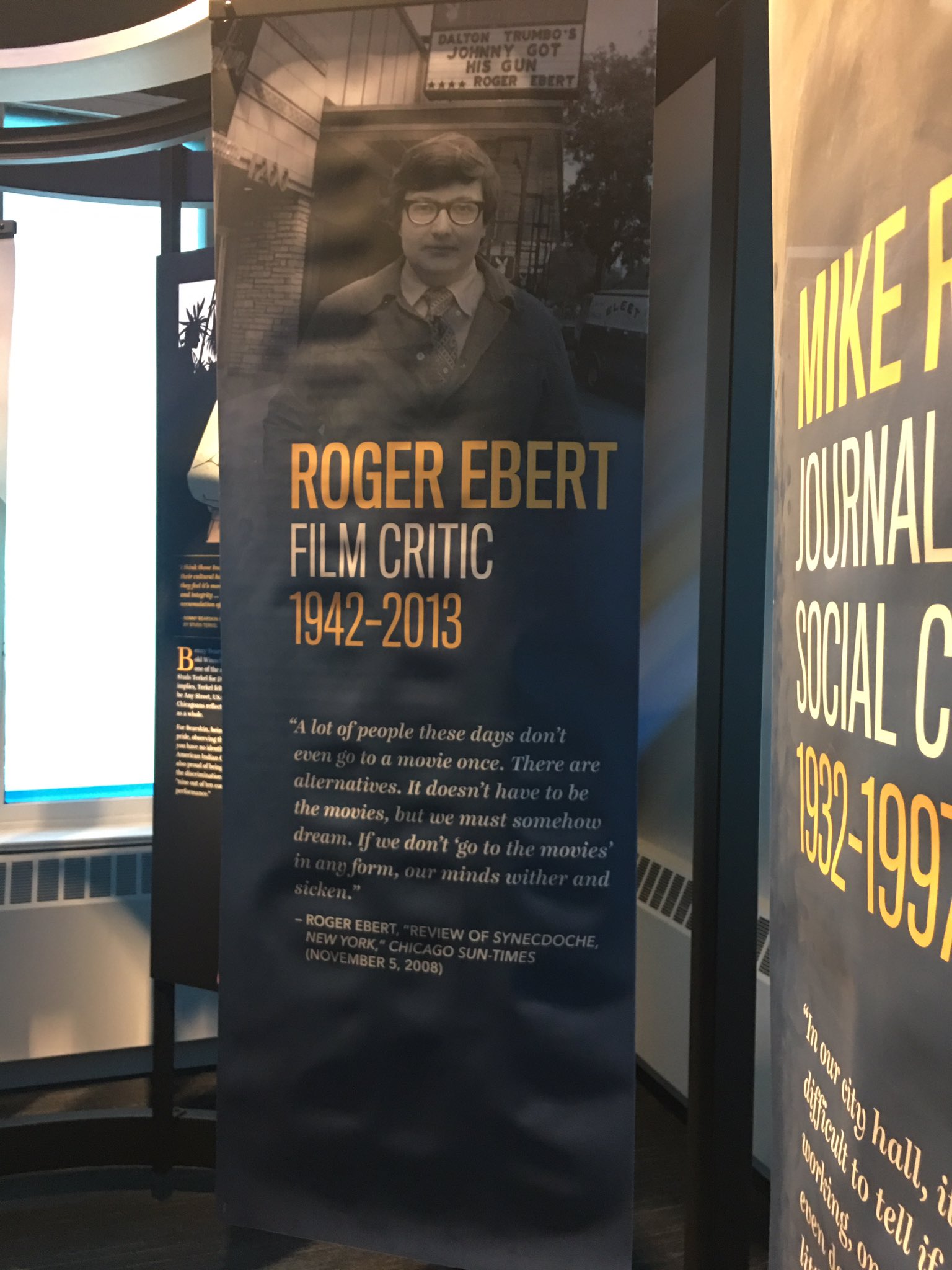 The Museum proved to be the best possible venue for this event. The ceremony started with an insightful video by director Steve James. And I'm so grateful to the speakers who shared their personal memories of Roger including his former "Ebert & Roeper" co-host, Richard Roeper; master of ceremonies and Tribune columnist, Rick Kogan; Facets co-founder and eloquent film historian, Milos Stehlik; old friend and owner of Roger's beloved Old Town Ale House, Bruce Elliot; documentary filmmaker and former Tribune journalist, Pamela Sherrod Anderson; Digitial Content Editor for the Chicago Symphony Orchestra and Roger's former editor of 20 years at the Chicago Sun-Times, Laura Emerick; and the gifted actors who played Roger and myself (respectively) in "The BlackWhite Love Play" at the Black Ensemble Theater, Kevin Pollack and Rashada Dawan.

It was quite gratifying to see Roger take his place in the pantheon with other Chicago greats like Studs Terkel, Gwendolyn Brooks, Mike Royko, Lorraine Hansberry, Nelson Algren, Richard Wright, Saul Bellow, James Baldwin and more. A good time was had by all.

I was so moved by Milos Stehlik's speech that I have included it below, along with a few snapshots from an unforgettable evening... 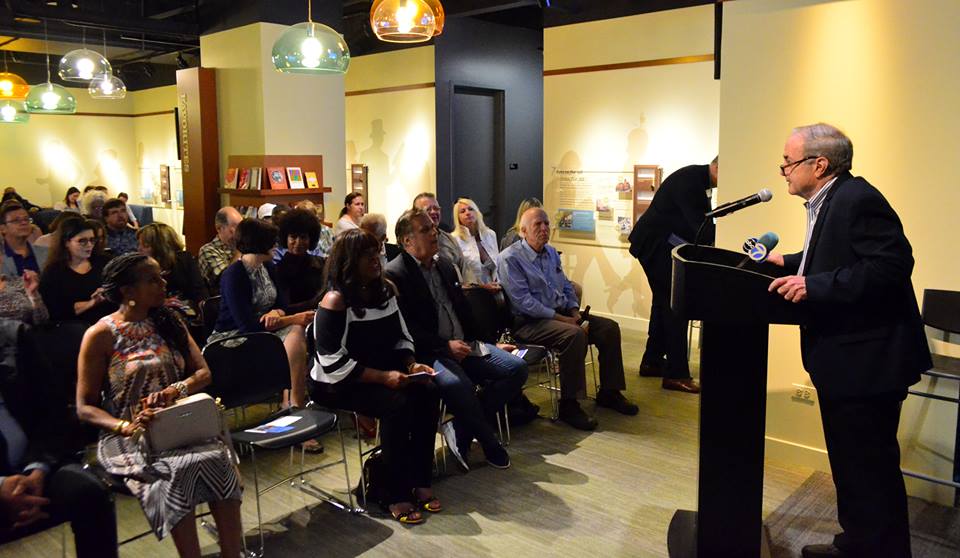 "TO BE CONTINUED" by Milos Stehlik

Roger Ebert was not just a writer. He was a great writer.

But what is 'great?'

It's not just the skillful use of language. It's being able to translate and interpret a turbulent cocktail of ideas and experience - what Roger called "Life itself."

Those writers whose work is inextricably linked to capturing this human experience, in all its infinity and its detail, are writers like Chekhov and Tolstoy, Dickens and Shakespeare, Mark Twain and Faulkner.

This is a heady pantheon. But this is the pantheon, I believe, in which Roger Ebert belongs.

Film criticism was his medium. But he saw film as an expression of the insanity and the grandness of humanity. Film was life. Roger’s mission was to command language to create that bridge of understanding between the screen and the audience.

It was life itself which made him a writer.

Many different paths led Roger to what would eventually be this immense and powerful force. This force would forever change the way we think about movies..

Roger started his professional career as a sportswriter.

Some of this early training remained.

Here is one such play-by-play: "The girl calls up every night at about the same time and asks the disc jockey to play 'Misty' for her. Some nights he does."

This, of course, from his review of Clint Eastwood's "Play Misty for Me."

Roger lived through the 1960s. One of his accomplishments was to give extensive support to films which helped change the public perception of the Vietnam War. Peter Davis's "Hearts and Minds," Michael Cimino’s “The Deer Hunter,” Coppola’s “Apocalypse Now” and Oliver Stone's "Platoon" come to mind. Eventually, this helped end the war.

In an opening paragraph, Roger wrote...

"It was Francois Truffaut who said that it's not possible to make an anti-war movie, because all war movies, with their energy and sense of adventure, end up making combat look like fun. If Truffaut had lived to see PLATOON, he might have wanted to modify his opinion."

I think Roger liked the milieu he came from - just like he liked Champaign-Urbana and then Chicago. He was an Illinois writer.

As a film critic, he embraced films which gave voice to these “ordinary” people. "El Norte," a film which he discovered, was, in his words, "a great film," because the two immigrants who are at the center of it "could have been our forefathers....It tells its story through the eyes of its heroes, and it is one of the rare films that grants Latin Americans full humanity. They are not condescended to, they are not made to symbolize something, they are not glorified, they are simply themselves."

Roger also loved literature. Like all great writers, he was a reader. One of my favorite memories comes from the Telluride Film Festival, where Roger did an on-stage interview with Peter O'Toole. The evening ended with O'Toole and Roger trading stanzas from William Butler Yeats with each other. Roger’s Midwestern twang contrasted almost musically with O’Toole’s Irish brogue.

Even a cursory look at Roger's reviews shows his love of literary references. He invokes Gay Talese's "Honor Thy Father" in his review of Coppola's "The Godfather," of Margaret Mitchell and "Gone with the Wind" when he writes about the film, "Indochine," and Hunter Thompson's "Where the Buffalo Roam" in his piece on Oliver Stone's "Salvador."

He was not afraid to put his personal experience into film reviews.

This, in the lead to the review of Albert Brooks’ "Lost in America," "Every time I see a Winnebago motor home, I have the same fantasy as the hero of 'Lost in America.'"

What is so special here? Roger gives us permission --- because he gave himself the same permission -- to allow movies to set us off into a dreamscape of our own. All of us can dream of our own Winnebago.

He begins his review of Terry Zwigoff's "Louie Bluie" with...

"It was back in 1970 when the Earl called me up and said I should be at his bar on Monday night because he had something special, a band called Martin, Bogan and the Armstrongs. 'Don't ask any questions,' he said, 'Just be here.'"

I had a similar experience when I called him to come and review the first film by Errol Morris, "Gates of Heaven."  The subject of the film is people, their pets, and pet cemeteries. Knowing that the subject of "pet cemeteries" by a then-unknown filmmaker was hardly a tantalizing invitation, I refused to tell him what the film was about. He came all the same. His and Gene Siskel's review of the film made Errol Morris' career. 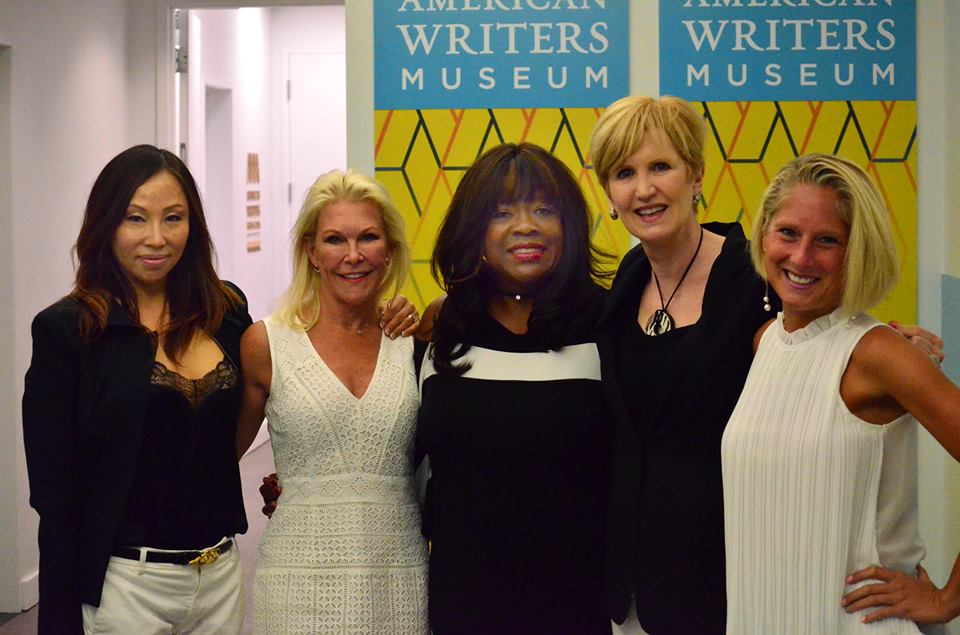 He said that film was an empathy machine.

But a great writer is also someone with a moral compass. As his illness progressed, the need to express his perspective and views intensified – to show what his moral compass told him. Roger responded to the killings in Aurora, Colorado, with a column questioning the need to own guns, he devoted an essay to the late governor Rod Blagojevich, and wrote the very powerful piece about facing death which starts with "I know it is coming, and I do not fear it, because I believe there is nothing on the other side of death to fear."

At his memorial, I spoke of the incident of Facets showing "Hail Mary," the film by Jean-Luc Godard, which encountered much protest, bomb threats and opposition. Roger didn't much like the film. But he vigorously defended our right to show it. That is exactly what a person with a sense of justice WOULD do.

In 1989, Facets broke the distribution stranglehold on "The Decalogue", the series of ten films by Krzysztof Kieslowski, loosely based on the ten commandments. This is a film in which ethics, personal morals, our choices  - are central themes. Roger, who later recorded the commentary for the DVD release of the films,  was overjoyed - he said, in the most excited voice  - the voice of the moralist – or Winston Churchill - here -- "This is your finest hour."

At the heart of all this was the belief in the power of words to invoke change. In his piece on gun violence, he said he never held a handgun. But he could use words as the ultimate weapon. Movies were a battlefield to be analyzed and fought over, revealing how they filtered the diversity of human experience and helped us understand it. Reading Roger’s reviews and essays, we learned more about ourselves. 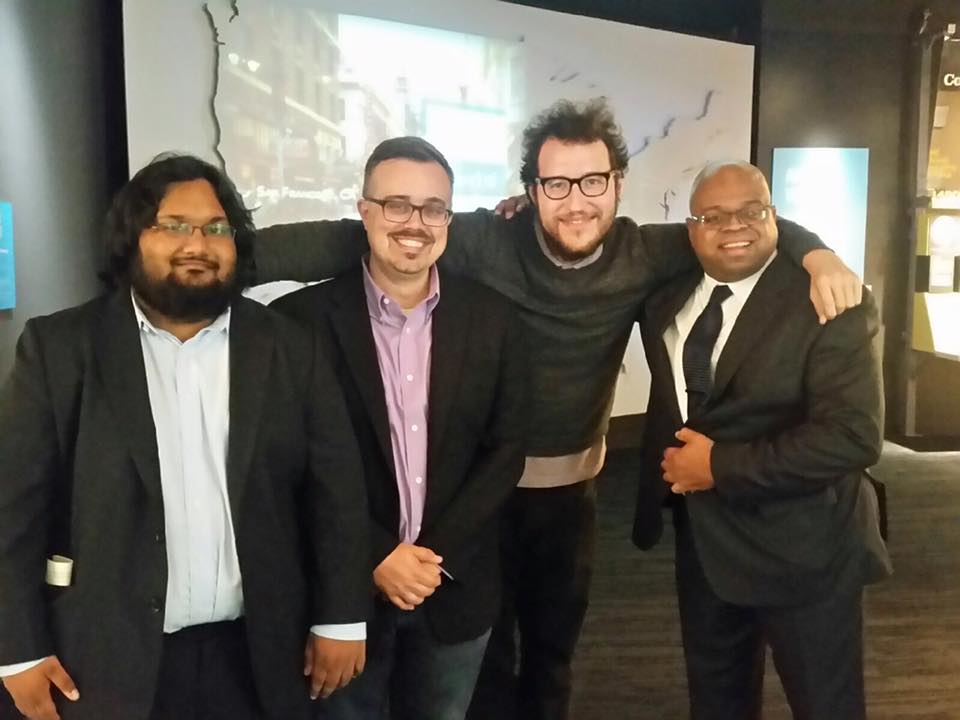 "A writer," said James Baldwin, "writes to change the world." 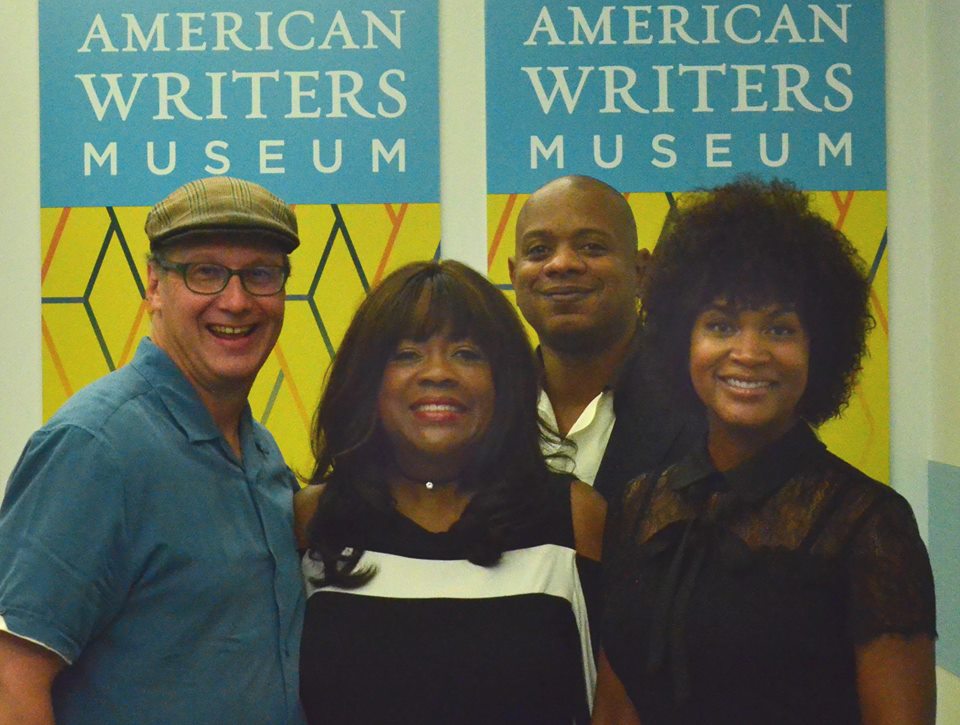