Johnny Carson: The man behind the curtain

"Johnny Carson: The King of Late Night" (120 minutes) premieres on PBS' "American Masters" at 9:00pm Monday, May 14th (check local listings). The film will also be released on DVD and Blu-ray on July 17th.

As I reflect on my life, I grow increasingly grateful for having witnessed the greatest half-century in the history of the United States. Consider just a few of the crucial events that have shaped us during the past 50 years: The civil rights movements for African-Americans, women and the disabled; the assassinations of JFK, MLK and RFK; the war in Vietnam and its domestic fallout; landing on the moon and exploring the outer reaches of the universe; the global trauma of AIDS and seemingly perpetual threats of war and terrorism; and, perhaps most important, the emergence and meteoric rise of the digital age, exemplified by the Internet and social media with the power to literally change history through an exponential expansion of human connectedness. 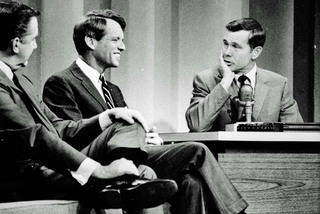 If you've witnessed these decades through the multicolored lenses of popular culture, the rewards have been astonishing. Consider the careers we've seen in that time: Dylan, The Beatles, The Rolling Stones, Neil Young, Springsteen, Madonna, The Clash, U2, Nirvana... Don Rickles, Richard Pryor, George Carlin, Eddie Murphy, Tina Fey... Clint Eastwood, Martin Scorsese, Dustin Hoffman, Meryl Streep, Steven Spielberg, Werner Herzog... We could all make our own long lists and we'd all arrive at the same conclusion: The past half-century has been nothing short of phenomenal.

And one way or another, it all comes down to "The Tonight Show with Johnny Carson." 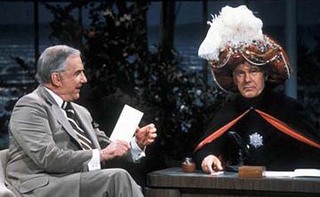 We grew up with Johnny, and Johnny grew up with us. Steve Allen was the original host of NBC's "Tonight" show, and he was (and remains) one of the smartest, funniest men America has produced. Jack Paar was next, and he was a mesmerizing presence with a piercing intelligence, the graceful eloquence of a natural raconteur, and a mischievous iconoclast who courted controversy during five tumultuous and spectacular years of hosting. 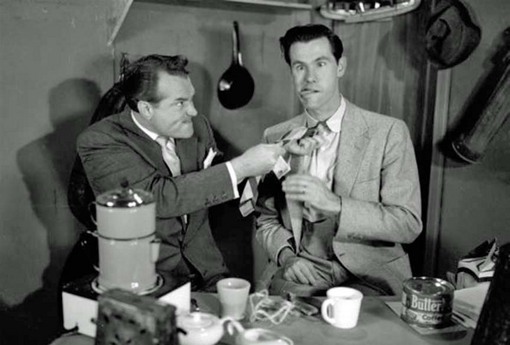 Then Johnny came along and changed the late-night landscape forever. Making his "Tonight Show" debut on October 1st, 1962, the skinny, good-looking kid from Nebraska, who had discovered a passion for entertaining by mastering magic tricks in his teens, had already earned his shot at the Big Time. He'd paid his dues on local TV as the host of an Omaha-based show called "The Squirrel's Nest," and moved up to hosting "Carson's Cellar," the first show with his name in the title. He was a joke writer for Red Skelton, and made his national TV debut as a substitute host on "Red Skelton's Review" in 1954. 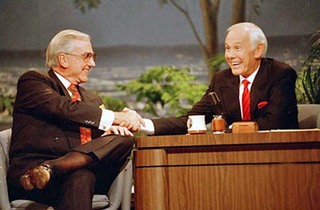 Hardship struck and he struggled through unemployment, distant fatherhood of three sons and a failing first marriage. He hosted the game show "Who Do You Trust?," and was unaware that his second wife, Joanne, had pushed hard behind the scenes to promote him as Jack Paar's successor. Against considerable odds, Johnny got the job. He was awkward at first, and NBC executives got nervous. In a few weeks he hit his stride. In less than a year, he was one of the most famous men in America. Over the course of the next 30 years, with announcer Ed McMahon as his perfect sidekick, foil and butt of many jokes, Johnny Carson hosted "The Tonight Show" 4,531 times before his memorable retirement in 1992. 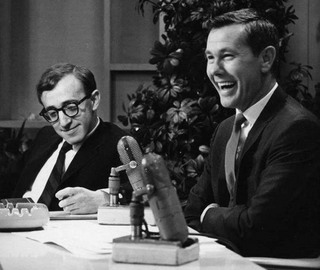 You'll learn all of this and a lot more in "Johnny Carson: King of Late Night," another superior "American Masters" documentary written, produced and directed by Peter Jones. Narrated by long-time Carson devotee Kevin Spacey (whose near-perfect impersonation of Carson is respectfully excluded here), Jones's film is the definitive study of Carson's life and career. Featuring "Tonight Show" clips culled from 4,000 hours of tapes from Carson's substantial archives and 45 exclusive interviews with a virtual who's-who of comedians, biographers and late-night TV movers and shakers, this is a film that will have Carson fans grinning ear-to-ear with fond recognition. 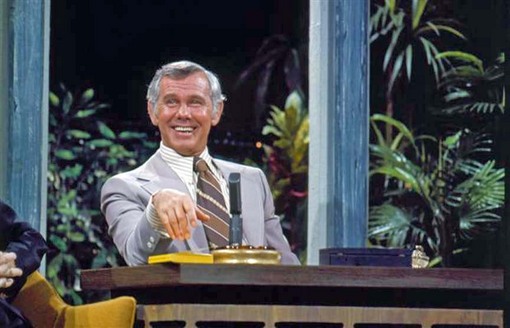 It's no whitewash, either. It was well known that Carson was aloof and distant behind the scenes. He rarely found time for family (his all-consuming career was his top priority), and throughout four marriages he never stopped philandering. An avid reader, he enjoyed the solitude that could only be found on his yachts or his beautiful Malibu estate. Perhaps he drank too much (when you're Johnny Carson, everyone wants to buy you a drink), and he definitely smoked too much, succumbing to emphysema on January 23rd, 2005, at the age of 79. 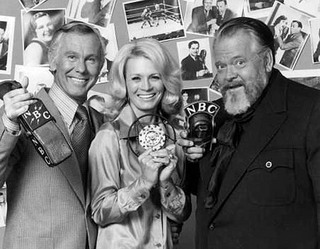 "King of Late Night" handles both Carsons -- the best-ever late-night host and the privacy-loving loner -- with equal aplomb. It's a tribute to Carson's Midwestern average-guy appeal that this film contains no finger-pointing or enduring animosities. (Then again, Carson never spoke to Joan Rivers -- Carson's first-ever permanent substitute host -- after she failed to seek his blessing for getting her own late-night show on Fox, a mistake that Rivers openly admits to here.) Although many of Carson's closest associates found him difficult behind the scenes, it was always for the right reasons: The show must go on and it's gotta be good. As frequent guest Richard Benjamin observes, it was Carson's "middle-American compass" that gave him a sense of decency and fairness that his audience loved him for. 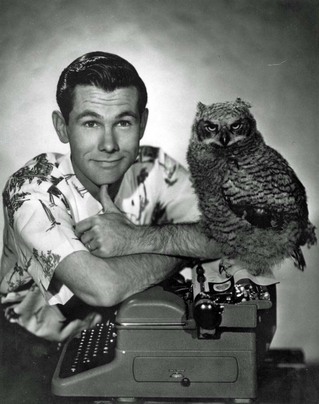 Not that Carson couldn't be naughty with hilarious frequency. He was the king of the double entendre, and his snappy comebacks (as when TV star Ed Ames demonstrated his skills with a Tomahawk by accidentally "circumcising" a wooden cowboy target) were the stuff of legend. A master of comic timing and bemused expressions, Carson could milk laughs for minutes at a time without saying a word.

Conan O'Brien shares a recollection that's common to many kids from the baby-boom era: Carson cut across all generational lines, and like O'Brien, I fondly recall watching Carson with my father and laughing together. It was father-son bonding in a home that wasn't very openly affectionate. That's priceless, and we owe it all to Johnny. 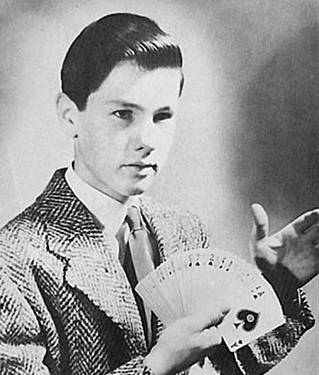 Al Jean, a "Tonight Show" writer who went on to write many of the best episodes of "The Simpsons," observes that Carson was the "Citizen Kane" of late-night: "I don't know what his 'Rosebud' is." Later, Carson biographer Bill Zehme offers what is probably the best possible explanation: For the entire duration of his stellar career, Carson never received anything more than the faintest praise from his mother, who was by all accounts a primary source for Carson's sense of humor. Perhaps she simply didn't want to inflate her boy's ego, and went too far in the opposite direction. But after her death in 1985, they found a box in her house containing hundreds of collected news clippings from Johnny's triumphant career. With supreme poignancy, Cason kept that box in his bedroom closet for the rest of his life. Zehme speculates that Carson's "Rosebud" was his first and favorite book on performing magic tricks. One way or another, Johnny wanted to entertain his mother, and then all of America. 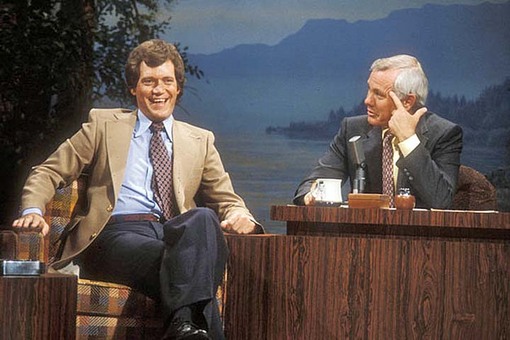 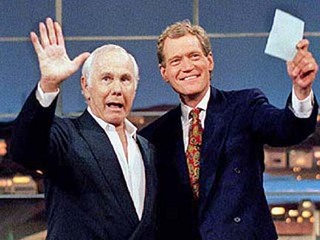 His mom withheld her praise, perhaps to the point of cruelty, but Johnny was a national treasure for those of us who were lucky enough to witness his 30-year tenure on "The Tonight Show. " Johnny Carson's last appearance on TV was in 1994, when he received a 90-second standing ovation before delivering a "Top Ten List" on "The Late Show with David Letterman. " We all knew that Carson favored Letterman as his successor on "The Tonight Show," but Carson never meddled in NBC business affairs (apart from his own ruthlessly effective contract negotiations), and Letterman now admits that history played out in his favor. But no matter where you stand on the Leno/Letterman/O'Brien drama that erupted later on, one thing remains indisputable: There will never, ever be another Johnny Carson. Speaking for myself and millions of others, I simply cannot imagine my TV life without him.