There have been an enormous number of high quality Blu-ray and DVD releases in the two weeks since our last column from every genre. It's so extensive that we're ignoring the other "categories" of this guide this week to focus on them, and we still can't get all of them in (a few will have to wait for the next guide). It helps that Netflix has been a little light on updates lately, although you should know that two of the best films of 2015, "James White" and "Spotlight," are now available on the world's #1 streaming service. If you're looking for something else, check out the following on Blu-ray, DVD and On Demand platforms. We're going alphabetical this week. Most weeks, the list is in order of preference, but my brain hurts when I try to compare Renoir, Malick, Nichols and Scott. Suffice it to say, there are a lot of highlights this week. 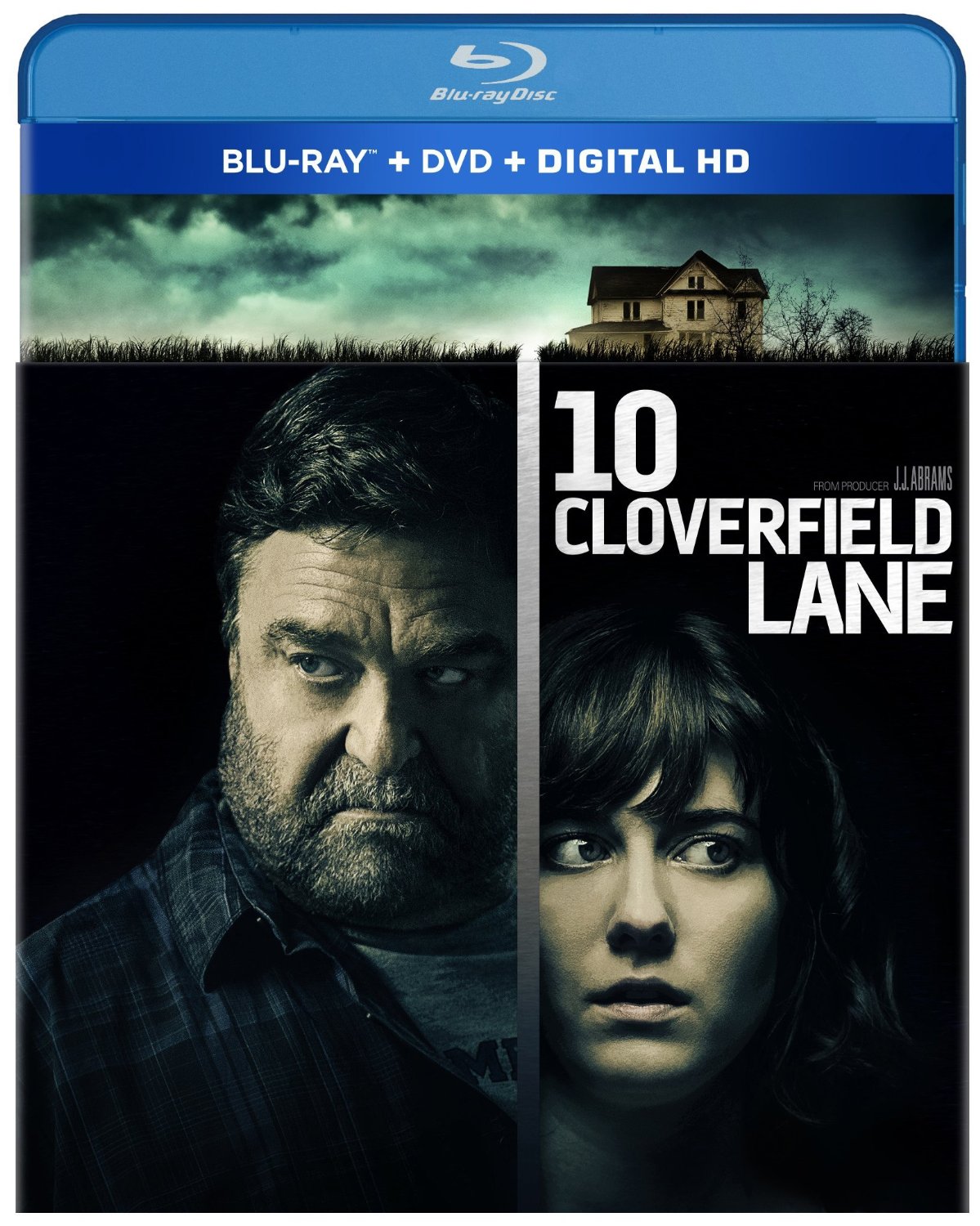 Dan Trachtenberg's unexpected quasi-sequel to "Cloverfield" is still one of the most purely enjoyable films of the year, and it holds up remarkably well on second viewing, even when you know all its twists and turns. The second time, you can appreciate the Hitchcock callbacks (the entire opening scene mimics Marion Crane's flight from "Psycho") and the performances by John Goodman and Mary Elizabeth Winstead. They're the main reason that the film works, smoothing out its filmmaking bumps by virtue of their commitment to their characters. It also looks and sounds fantastic in HD. If you haven't seen it, catch up. If you have, watch it again. 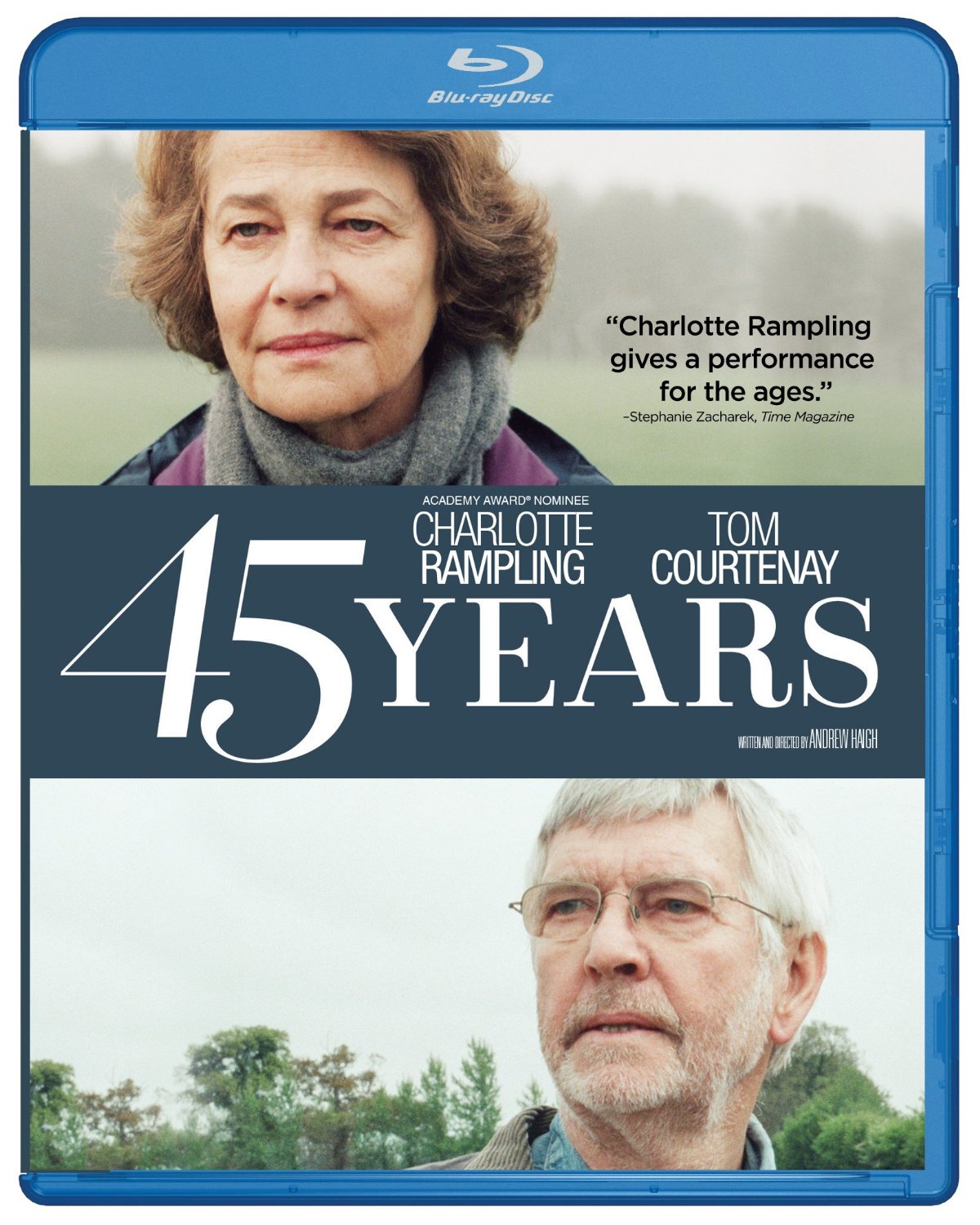 One of my top ten films of the year finally made it on to Blu-ray and DVD this week. Sadly, it's not accompanied by any special features, and seems unlikely to make waves with summer blockbusters dominating the entertainment scene. This should have been released months ago when people were still talking about the best films of 2015. Don't let the late release keep you from seeing this essential drama, a beautiful piece about the impact of decisions on our life about which we have no knowledge. Charlotte Rampling is stunning as Kate Mercer, a woman who realizes the last 45 years of her marriage have been haunted by a ghost she didn't even know existed. She's matched by Tom Courtenay as her husband, and Andrew Haigh didn't get enough credit for his unobtrusive, subtle direction. This is a film that I think people will talking about in a few years when they recap the best performances and dramas of the decade. 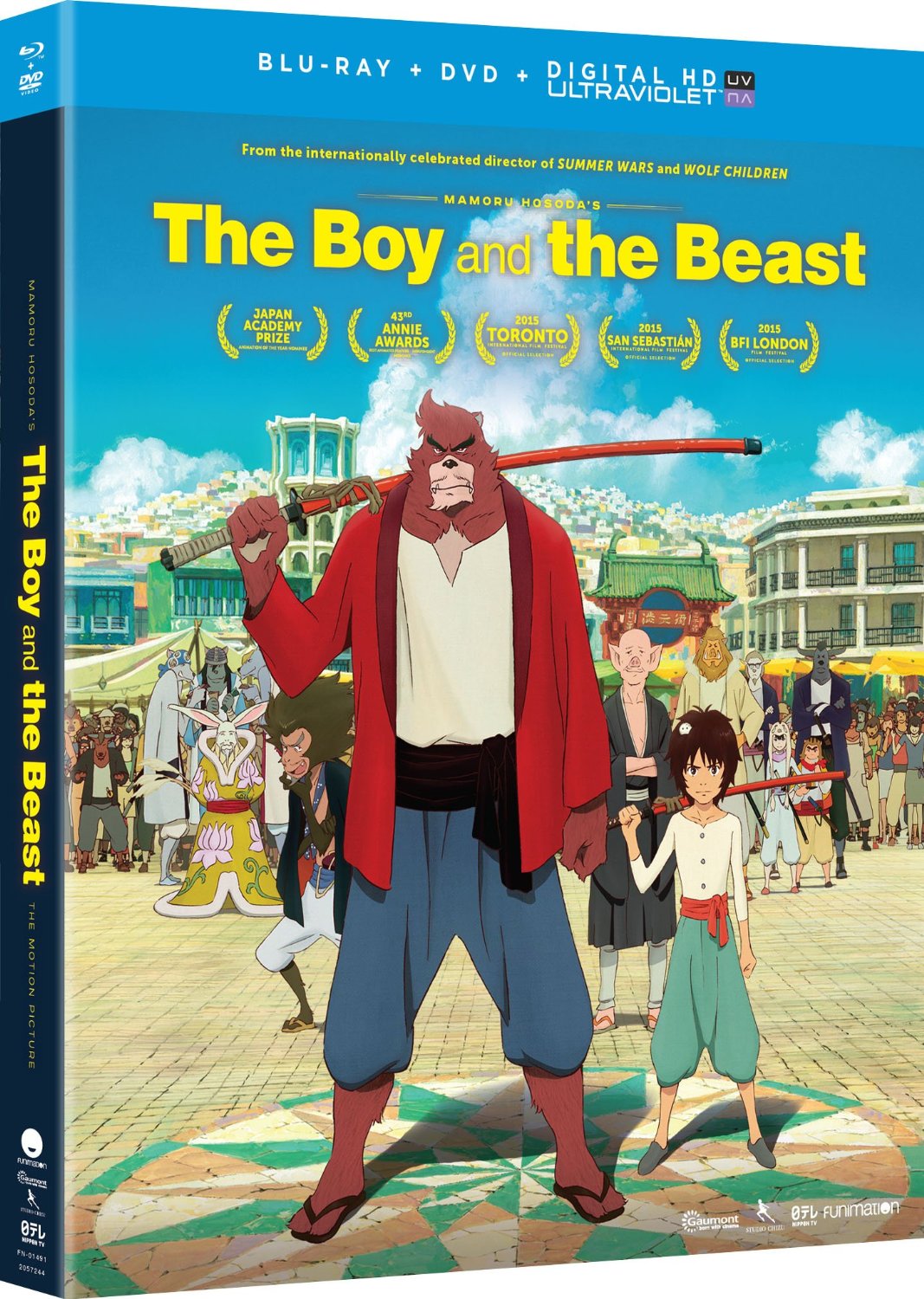 "The Boy and the Beast"

Mamoru Hosoda's latest anime-action-adventure is a bit bloated and repeats its themes over and over again, but it's still an entertaining flick, especially for those interested in Japanese animation. The film was a massive hit in its home country, making it the second highest-grossing film of last year in Japan, and winning the Japan Academy Prize for Animation of the Year. "Boy and the Beast" hits relatively familiar notes in its story of a boy named Ren who loses his mother and travels to a "Beast Kingdom," where he finds a new father figure in a beast named Kumatetsu. Of course, the child ends up changing the beast as much as the other way around. Even its themes do resurface a dozen times, the film is still entertaining and often beautiful. 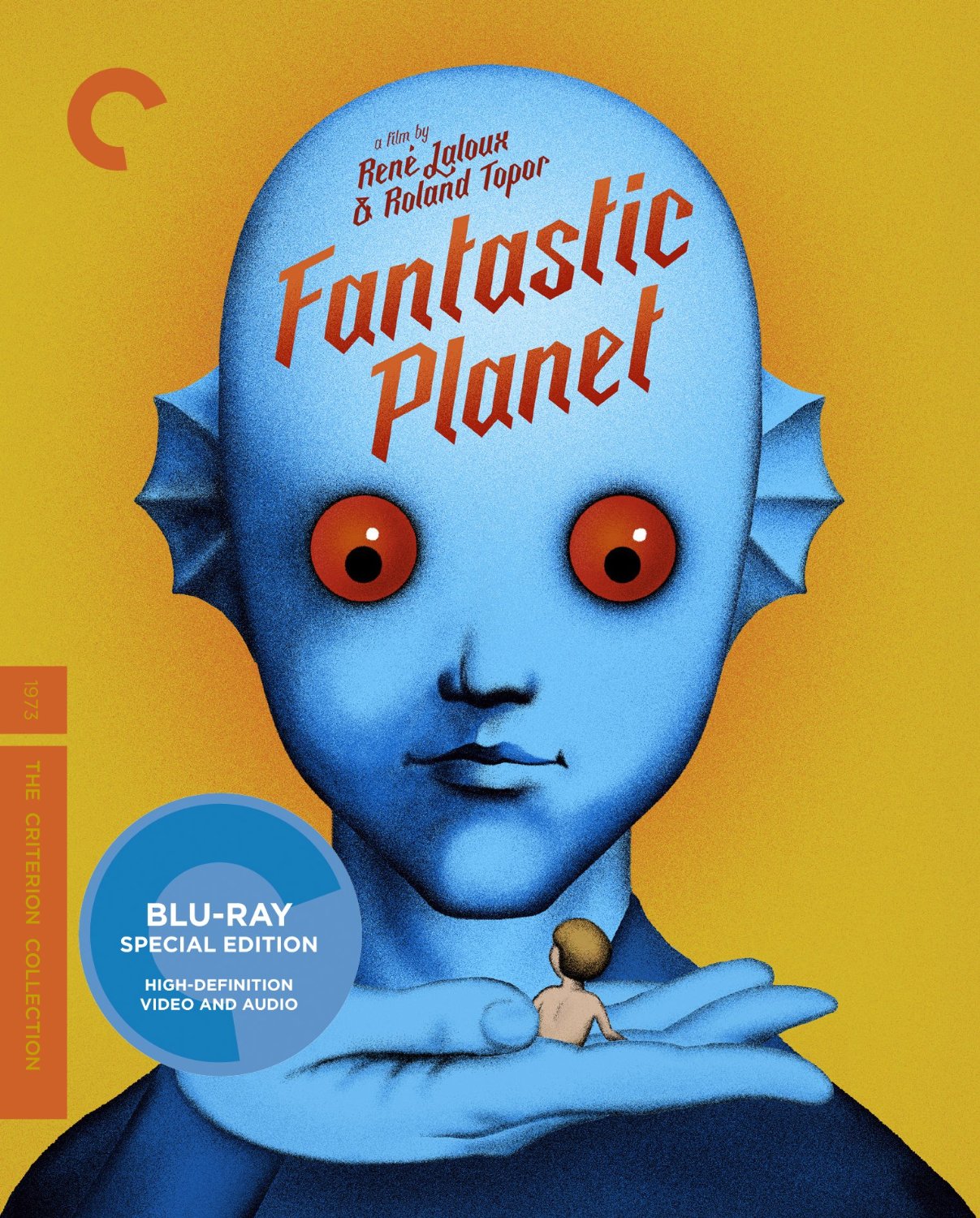 "La Planete sauvage" shocked the Cannes Film Festival in 1973 and has influenced dozens of animators since its release. Directed by René Laloux, "Fantastic Planet," now remastered by the Criterion Collection, is still a powerfully unique piece of cinema. Describing it feels like a fruitless endeavor in that it's better experienced than explained. To be inadequately brief, it's a counter-culture allegory about control and tiered societies, but it ends with a message of peace that surely resonated during the Cold War, and still has emotional strength. Most of all, "Fantastic Planet" is a striking visual experience. Even over four decades later, it doesn't feel like enough risks are being taken in the world of animation. Maybe if more people looked to "Fantastic Planet" as a guide, we'd have more groundbreaking films like it. 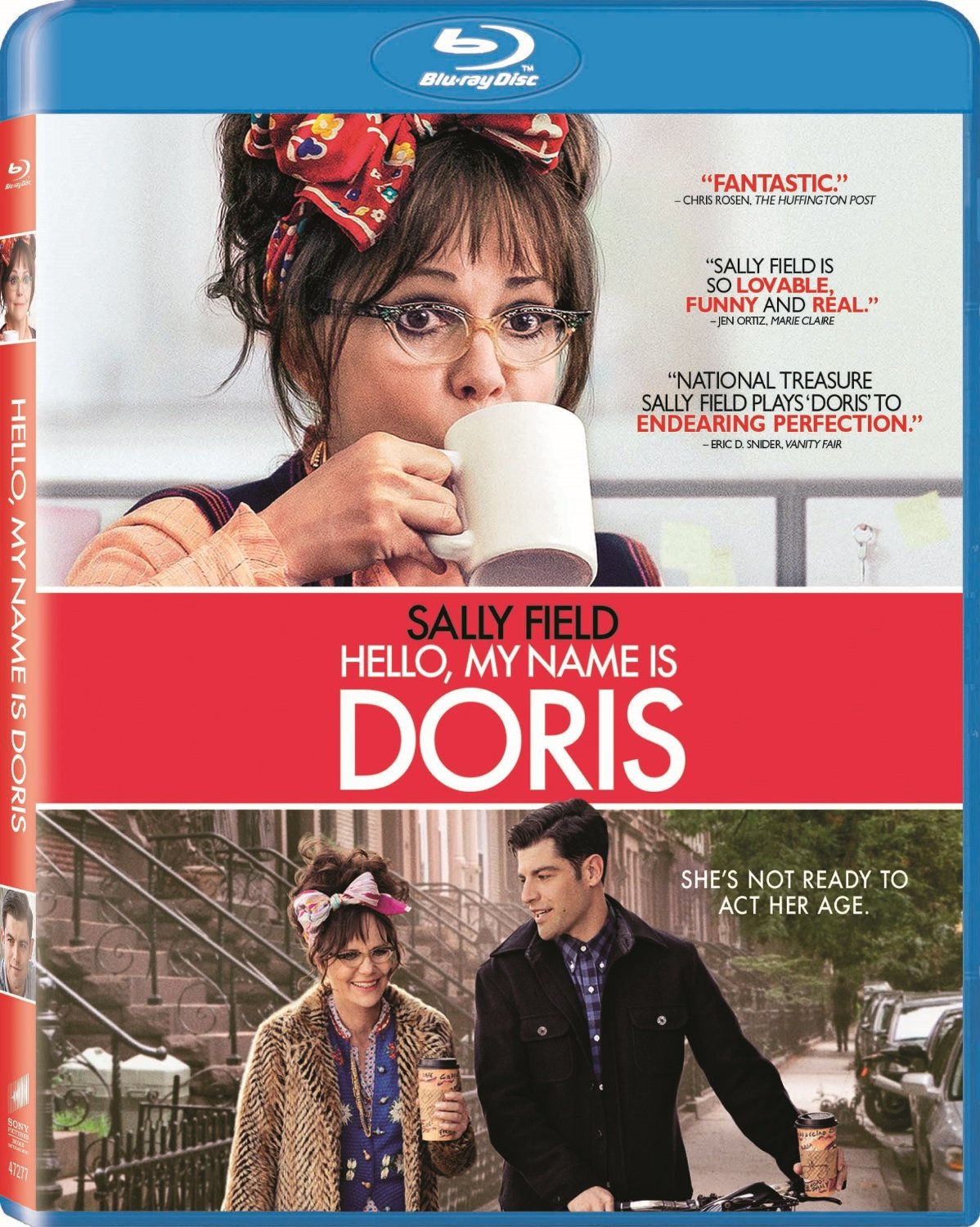 "Hello, My Name is Doris"

Sally Field charms as the title character in Michael Showalter's dramedy, a film that works much better in the "-edy" part of its genre than the "dram-." Doris is a quirky accountant who falls hard for the new, young guy at work (an effective Max Greenfield). Of course, she has little idea what to do when it comes to actually trying to get her May-December romance out of pure fantasy and into reality. She's also dealing with issues of depression and hoarding, and that's where Showalter's film falters. He's incredibly lucky that he cast an actress as talented as Sally Field, an actress who always delivers and certainly does so here. She's the reason to rent it. 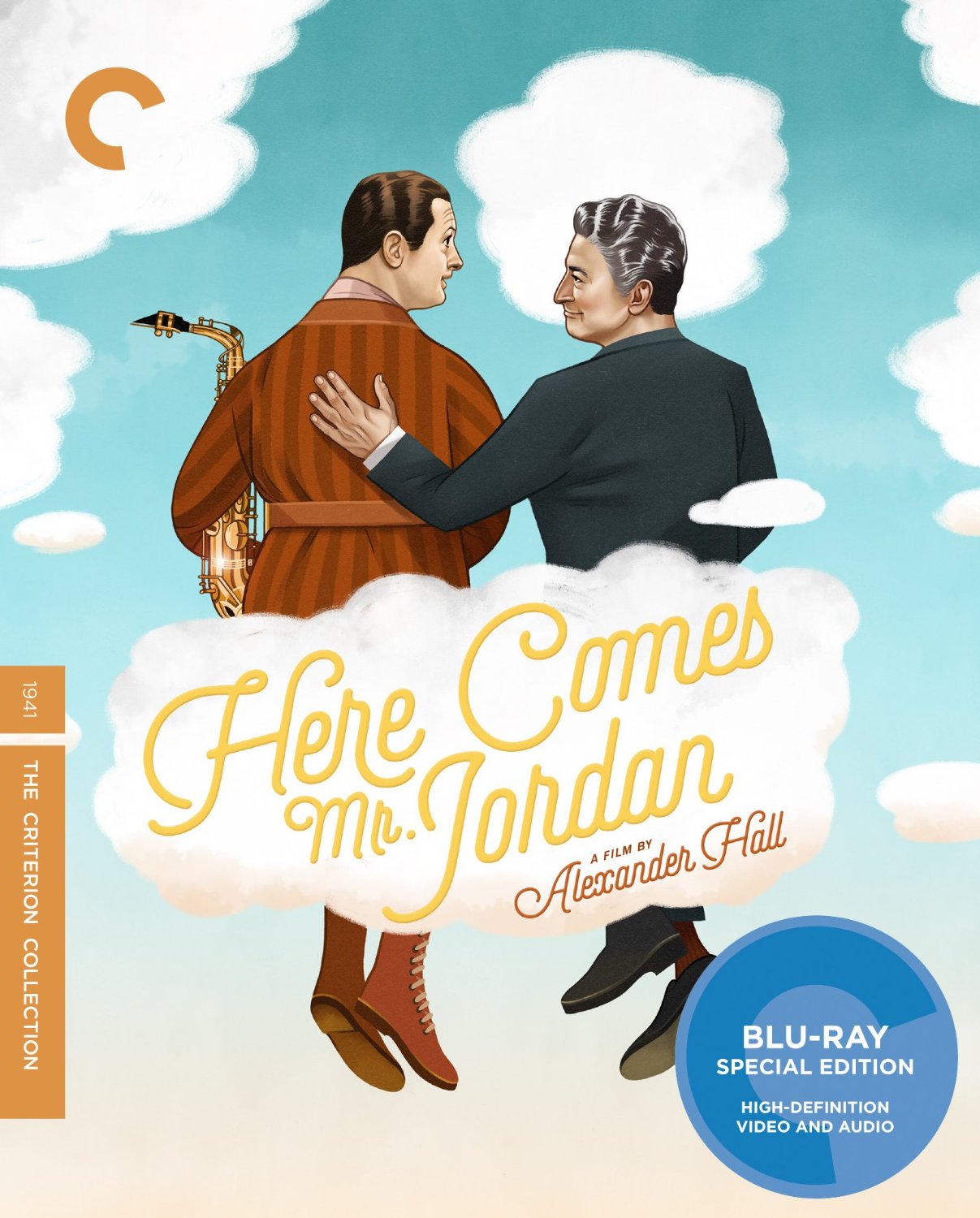 This 1941 comedy is really the film that started it all in terms of the concept of guardian angels saving anti-hero men. It was famously remade in 1978 as the Warren Beatty vehicle "Heaven Can Wait," a film I actually like better than this original, but "Here Comes Mr. Jordan" was a massive hit when it was released. (It was also remade as "Down to Earth" with Chris Rock, for the record). For a lot of people, "Here Comes Mr. Jordan" is still the best of the bunch, and its loving Criterion release makes the case that it should be. The film was nominated for seven Oscars, winning two for writing (back then, that was possible, as someone won for story and two others for the actual screenplay). It was also nominated for Best Picture and Best Director. The Criterion release contains a fascinating conversation but is admittedly a little thin on special features, but it does contain an essay by Farran Smith Nehme, one of the best writers alive. 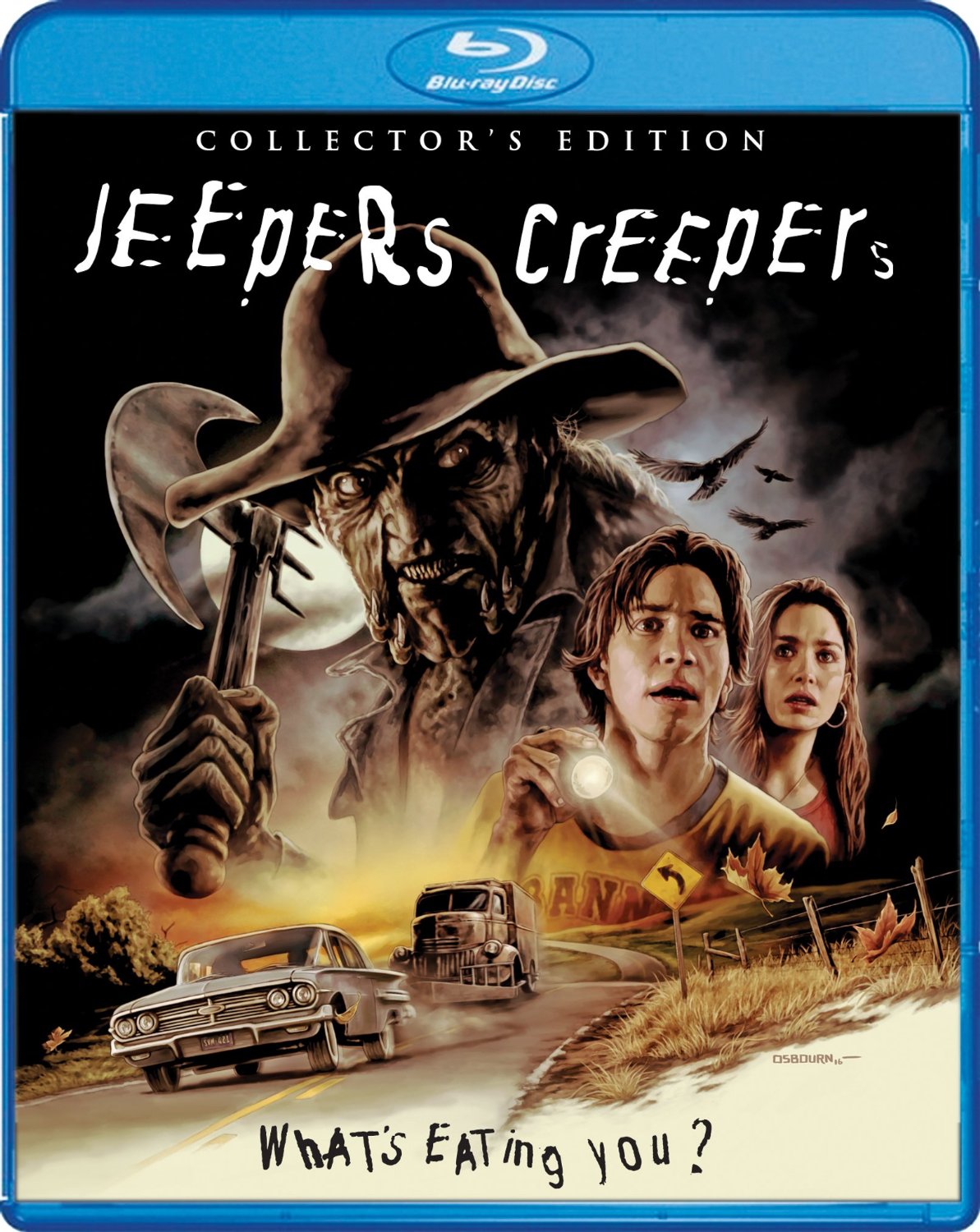 2001's "Jeepers Creepers" gained a disturbing footnote in horror movie history when it was revealed that its director, Victor Salva, had been convicted of sexual misconduct with a 12-year-old boy. It's hard not to consider the story of a shadowy creature who abducts people through the lens of its creator's real-life history. And yet the true story of Salva has overshadowed what is a truly effective horror film, given new life through a fantastic Scream Factory release. Even the sequel deserves some attention (and also got the Scream Factory treatment) if just for its incredible opening sequence. It has been reported that Salva has returned to direct "Jeepers Creepers 3" for a 2017 release. Catch up with these fantastic Blu-rays from the best studio out there for horror fans. 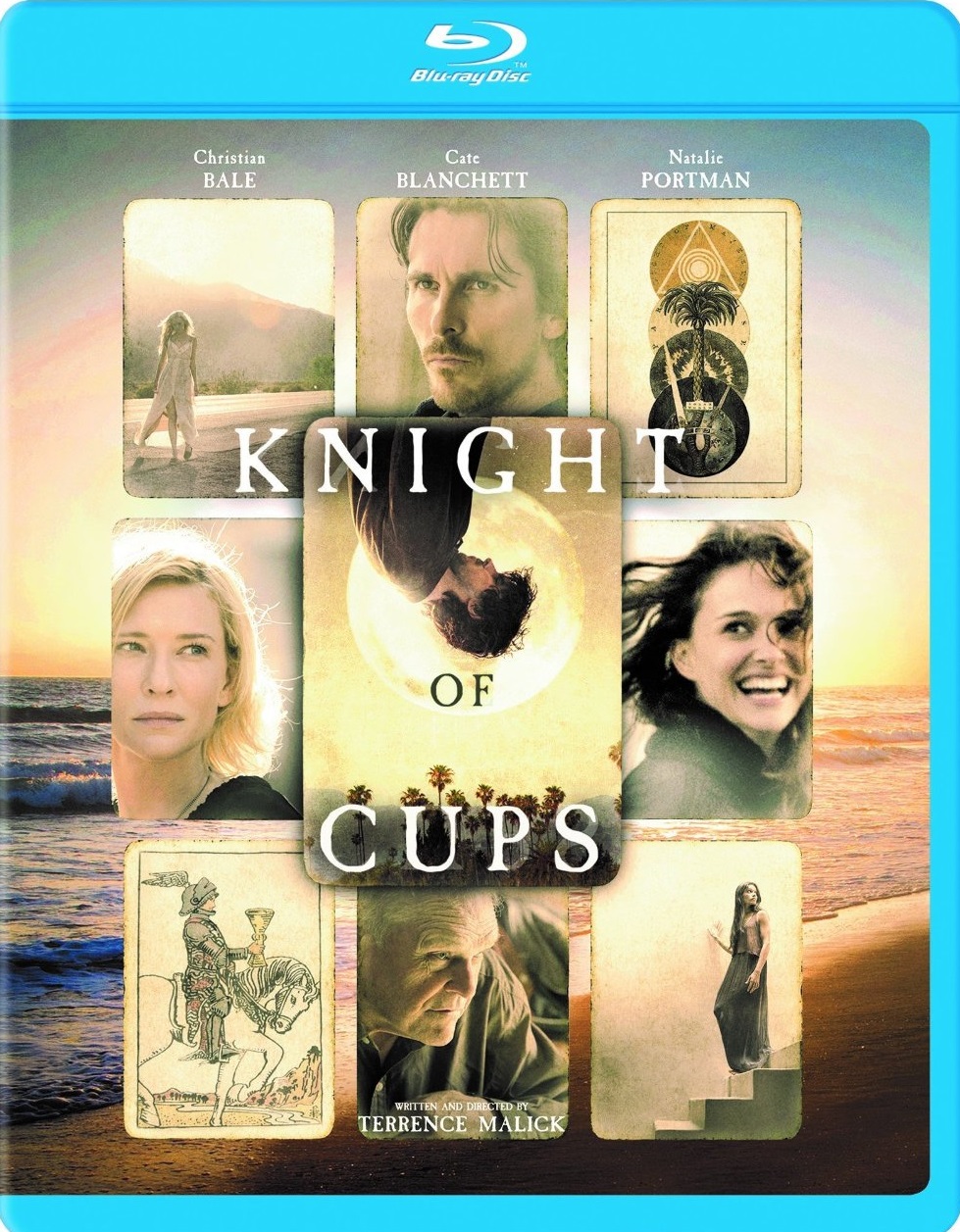 Have we started to take Terrence Malick for granted? Did he set the bar so high with his '70s masterpieces and the stunning "Tree of Life" that we can dismiss a film as ambitious as "Knight of Cups"? That's truly disappointing. For while this film is not on the level of "Tree of Life," few films are. The artistic integrity of "Knight of Cups" is overwhelming, and I'm baffled by fellow critics who see as many shallow, for-profit, lazy productions as I do that don't appreciate the singular voice of Malick. Whatever one thinks of the lack of traditional storytelling here (and let me tell you that "traditional storytelling" is overrated), "Knight of Cups" looks stunning in HD. And this is a film that will gain followers over time (watch Scout Tafoya's "Unloved" if you need more guidance). "To the Wonder" already has, and this is a better film. I'm pretty sure I'll be writing about "Knight of Cups" again before long. It's a film that's too confident, personal and memorable to be swept under the rug.

Special Features
The Making of Knight of Cups 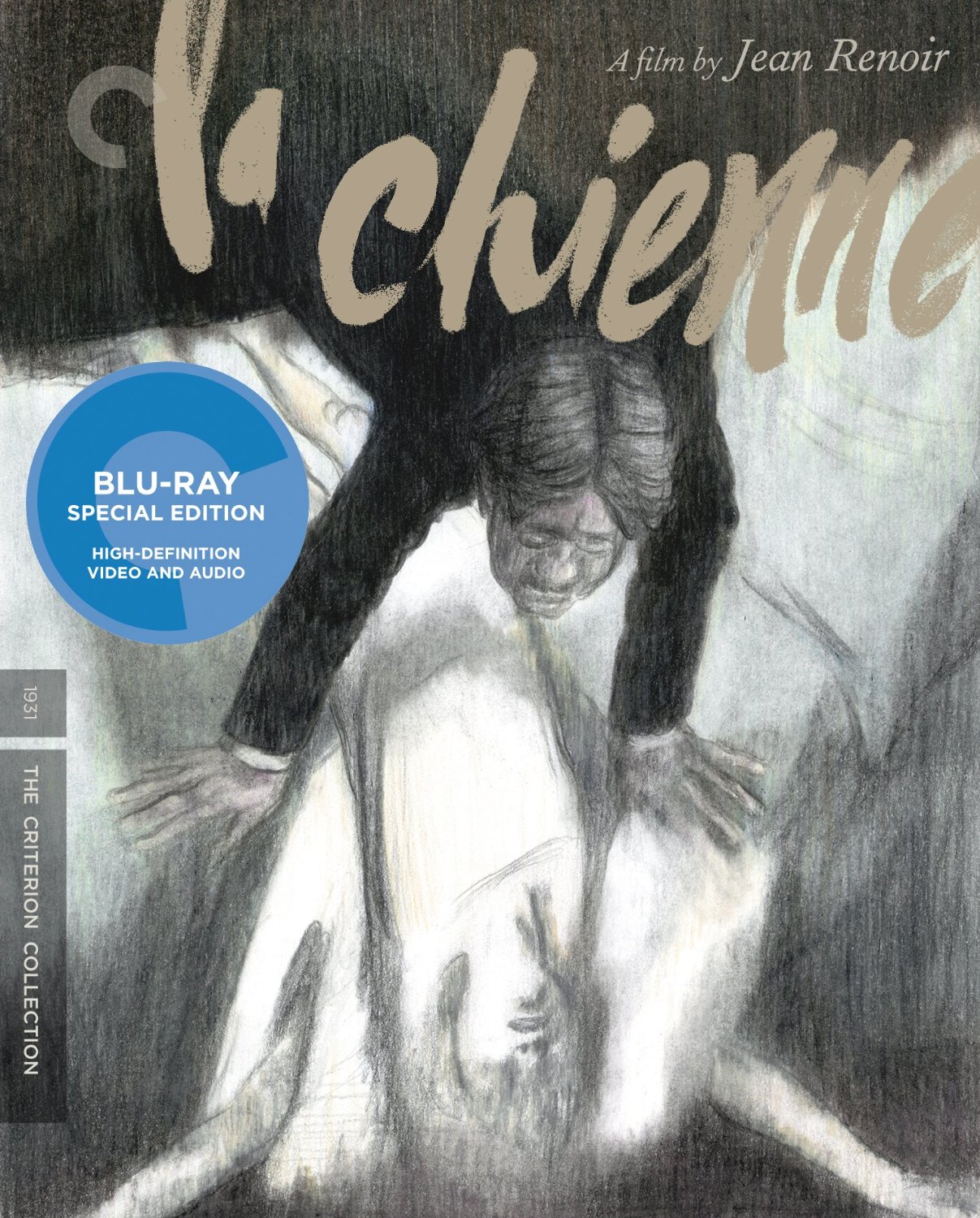 Jean Renoir's second sound film has been remastered by Criterion and it remains as cutting and cynical as it was almost a century ago. Michel Simon is one of cinema's great sad sacks as Maurice, a married cashier who falls in love with a streetwalker. The prostitute, Lulu, is in love with her pimp, and the two of them devise a way to take Maurice for everything they can. It was a love triangle that reportedly continued off-camera, and the film was shadowed even more by the tragic death of its female star. Much of the emotion and pathos happening off-camera makes its way into "La chienne," but it's a very disciplined film, detailed in its characters and subtle in its compositions. And it looks fantastic in Criterion's restoration. 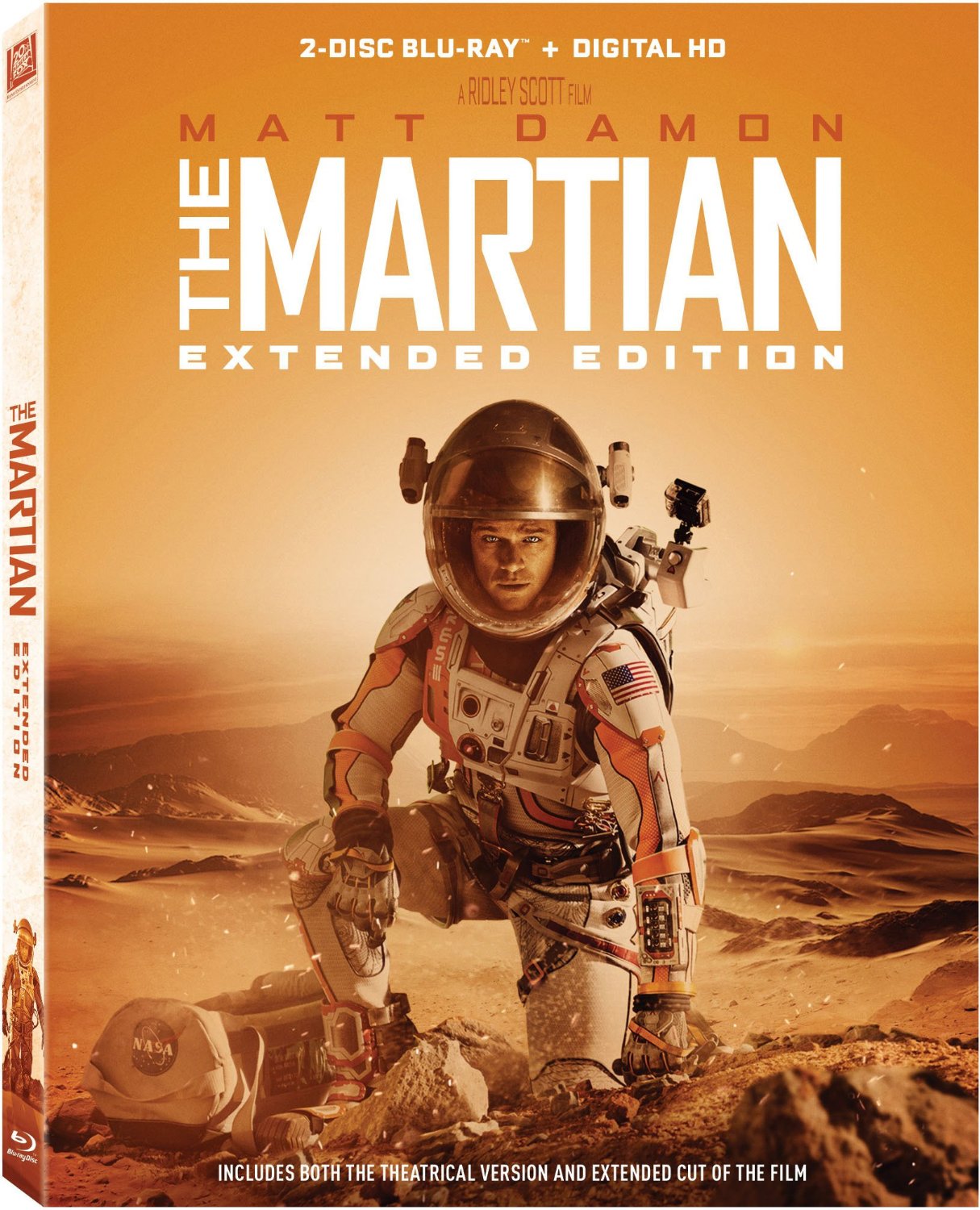 Do we need another version of "The Martian" or is this Fox doing a little of the double-dipping? Can I check both boxes? By now, we've come to expect extended editions of pretty much everything Ridley Scott does. He basically redefined the "Director's Cut" with "Blade Runner" and many consider the longer version of "Alien" superior. The ultimate for me is Scott's DVD take of "Kingdom of Heaven," which is basically a different and much better film. Such is not the case here as the extended "The Martian" is really the same "The Martian" that was nominated for Best Picture a few months ago. More interesting perhaps are the new special features, including a commentary by the director, writer, and author of the source material. If you already own "The Martian," you probably don't need to upgrade, but this is the edition to get if you haven't already bought it. 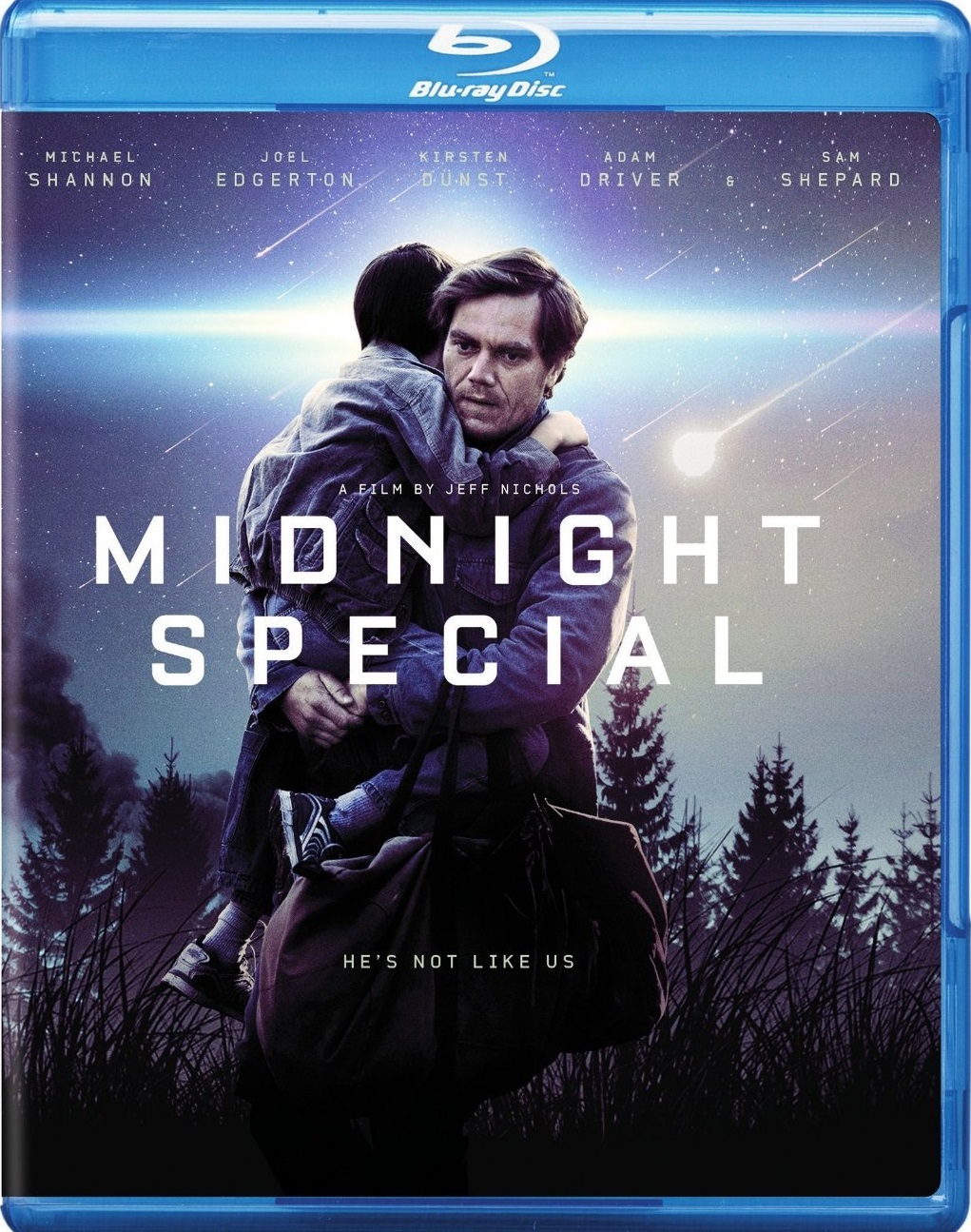 Still one of the best films of 2016, Jeff Nichols' sci-fi drama is a fascinating allegory for the devotion of a parent and the resilience of faith. Michael Shannon gives one of his more subtle performances as the father of a young boy who's being sought by the cult that's formed around him and the authorities who fear him. Knowing that he has to get his son to a specific location at a specific time, "Midnight Special" becomes about commitment and could be read as a parallel to parents forced to deal with the death of a child. His son will be taken away from him because he's "too special." Whatever one reads into the themes of "Midnight Special," it is the work of an auteur completely unafraid of traditional story beats, working within the context of a film that echoes sci-fi (particularly "Starman") but comes from its own, confident voice. 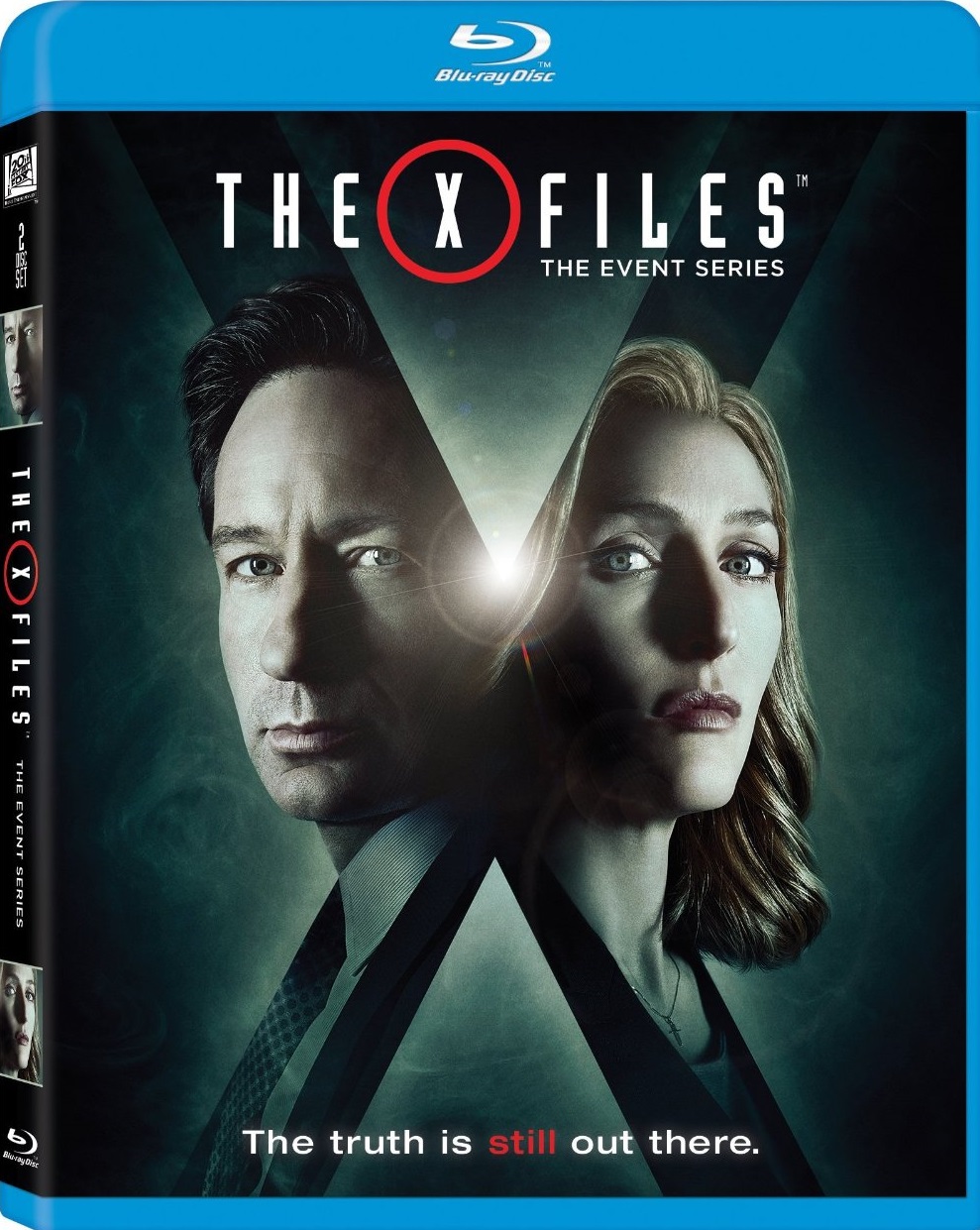 "The X-Files: The Event Series"

Has there ever been a six-episode TV series with more ups and downs in terms of quality than FOX's revival of "The X-Files"? The sad fact is that creator Chris Carter's bookending episodes were deeply disappointing, but there's enough greatness in between those cliched chapters to take a look. You should check it out just for Darin Morgan's brilliant "Mulder and Scully Meet the Were-Monster," co-starring Rhys Darby. James Wong's "Founder's Mutation" and Glen Morgan's "Home Again" are pretty great too. Just ignore the Carter stuff.

Special Features
Audio Commentary on Select Episodes
Deleted Scenes
The Makings of a Struggle
Season X: An in-depth behind-the scenes look at the event series
Gag Reel
Monsters of the Week: The Wildest and Scariest from the Original Series
The X-Files: Green Production