I had my doubts. I can still vividly remember watching "Fargo" on its initial theatrical release and being as blown away as the rest of the world. It’s one of those rare films that merits the word masterpiece. And while classic films like "Psycho" and "Manhunter" have been reworked into great TV shows like "Bates Motel" and "Hannibal", I wasn’t quite ready for "Marge Gunderson: The College Years" or "Lundegaard." Knowing that Joel & Ethan Coen were involved as Executive Producers allayed my fears a bit and the cast was increasingly impressive as it was announced but the fact is that "Fargo" simply didn’t feel like something that lent itself to network television. I was wrong. 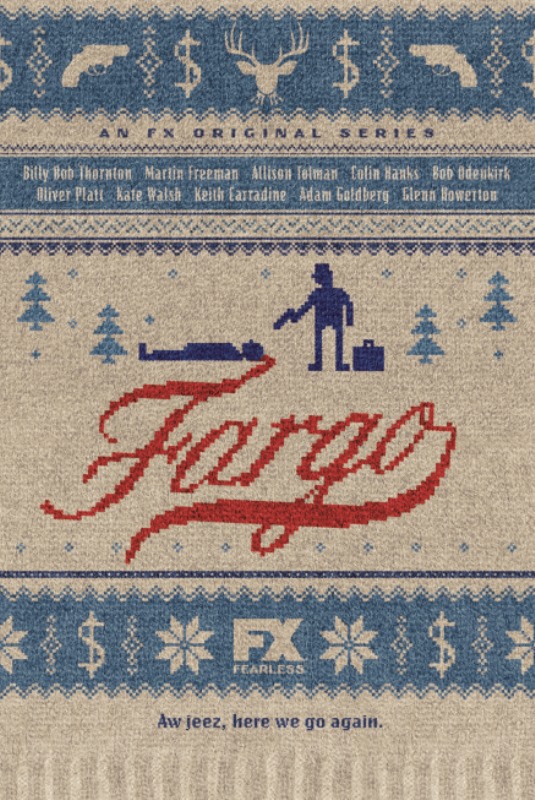 FX’s "Fargo," debuting April 15, 2014, is clever, fun, twisted, and wildly entertaining in the way that fans of not just "Fargo" but all of the Coens’ work hoped it would be. With an amazing ensemble driven by great performances from top to bottom, an incredibly smart writers’ room, brilliant callbacks to the original that feel more inspired than forced, and a filmmaking style that feels as cinematic as this grand Minnesotan tragedy deserves, "Fargo" is one of the most addictive new shows of the year.

If it’s unclear from the clever promotional material for the show, 2014’s "Fargo" is not a remake of the 1996 film; using the Coen film as a tonal template more than anything else. Again, there’s the "This is a True Story" introduction, building a true crime aesthetic that will reportedly feature new characters every season a la "True Detective". And some of the character archetypes are intentionally familiar. Lester Nygaard (Martin Freeman) may not know what Tru Coat is but he has a similarly soul-crushing job selling life insurance. He is in a loveless marriage with a woman who constantly berates him and compares him to his more successful brother. In the premiere, "The Crocodile’s Dilemma", Lester is bullied publicly by the same brute who tortured him in school. Life has beaten Lester down and he’s about to strike back.

Enter Lorne Malvo (Billy Bob Thornton), an amalgam of both Carl Showalter (Steve Buscemi) and Gaear Grimsrud (Peter Stormare) from the film in that he’s the outsider who stirs up trouble but a character who also bears a striking and I don’t believe coincidental tonal resemblance to Anton Chigurh (Javier Bardem) from "No Country For Old Men". Lorne is a psychopath. He’s introduced driving through Bemidji, hitting a deer, and watching a mostly-naked man bound from his trunk through the Minnesotan snow. How did the man get in his trunk? Where was he headed with him? The accident creates a detour for Malvo, who crosses paths in the hospital waiting room with the just-bullied Lester. 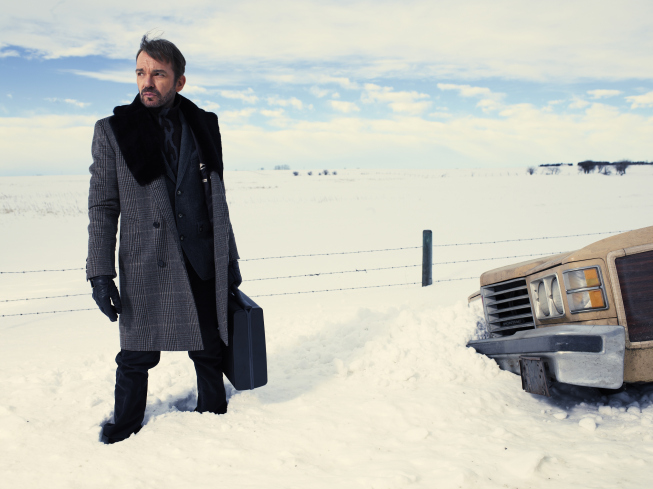 The day the homicidal lunatic met the man in need of some violent inspiration is only one of many plot plates that are set spinning in the first four episodes of "Fargo" sent for press. We haven’t even gotten to the "Marge" of the piece, a sweet, young officer named Molly Solverson (Allison Tolman), who finds herself deep in a criminal investigation when her town is beset upon by extreme violence. The cast of colorful characters includes a grocery store owner (Oliver Platt) being blackmailed, a not-so-grieving widow (Kate Walsh), Molly’s supportive father (Keith Carradine, echoing the "times they are a-changing" world-weariness of Tommy Lee Jones’ character from "No Country" at times), the hysterically moronic Don Chumph (Glenn Howerton of "It’s Always Sunny in Philadelphia"), the misguided Deputy Bill Oswalt (Bob Odenkirk), and a pair of riveting killers known as Mr. Wrench (Russell Harvard) and Mr. Numbers (Adam Goldberg). And then there’s the immensely likable Gus Grimly (Colin Hanks) and his daughter Greta (Joey King), who get involved in the drama in a way that it might be considered a spoiler to even mention.
As written by Noah Hawley ("Bones", the underrated "The Unusuals"), the plotting on "Fargo" is masterful. No, this is not the dense, philosophical stuff of "True Detective", but it is rivetingly structured and consistently entertaining in its unpredictable twists and turns. As the Coens did, Hawley and his team not only like to peel back the darkness hiding within suburbia (I love that Lester’s brother has an arsenal in his picket-fenced basement, complete with bear trap on the wall) but adore the chaos caused by throwing outsiders into the mix. Malvo is as much of an instigator as a lunatic. He pushes buttons in homicidal ways. And it’s the impact of what he says to people like Lester that matters as much as what he does.
Advertisement 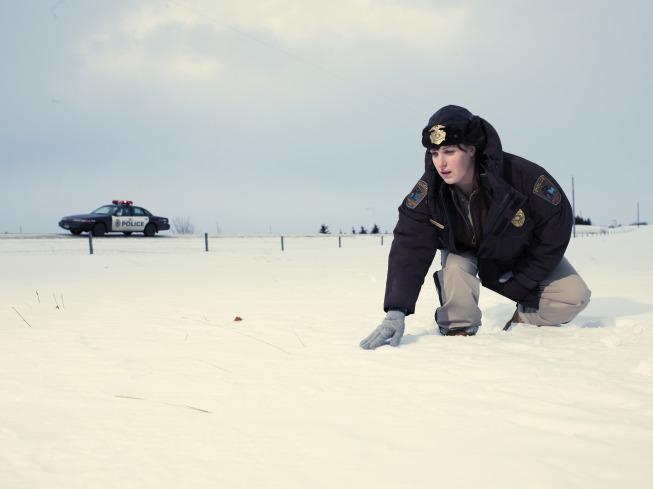 Also like the Coens, Hawley and his writers are fascinated by the stupidity of people who should know better. Many of the adults in the world of "Fargo" are total morons, although there’s also a fascinating motif in that their kids are even stupider. Idiotic children who play with bows and arrows in the backyard will become idiotic adults who play with guns. And yet, again like the film, one never feels like "Fargo" is mocking its characters or those who live in the great white North of the U.S. The accents are funny, the suburbia can be soul-draining, and the snow seems to never stop but there are wonderful moments of heartfelt characterization within "Fargo", particularly in the relationships between Molly and her father and Gus and his daughter.

Performances are uniformly fantastic. As much as I’d love to highlight Freeman, who really is fantastic here, Hanks steals later episodes with the best use of his everyman relatability in years and supporting roles like those played by Platt, Goldberg, Odenkirk, and especially Thornton resonate. Everyone works, as one would expect with a cast this talented, and the newcomer, Tolman, more than holds her own with the more recognizable faces. By the fourth episode, I smiled a bit every time she came on-screen.

There’s also a visual confidence to "Fargo" that’s playful and smart. Director Adam Bernstein (who helmed the first two) and those who follow in his footsteps lovingly callback to the film, whether it’s in a shot that echoes Marge’s final drive (complete with a nearly identical score) or an overhead shot that won’t be spoiled but directly mimics the film. Like the children carrying on the legacy of their parents, for better or worse, in the show, the 2014 "Fargo" resembles the 1996 version but has a personality, drive, and life of its own. Don’t doubt it.