Young Mr. Bates: Norman, is that you?

"My mother just gets … impulsive. She has these ideas about things …"

That's 17-year-old Norman Bates (Freddie Highmore) in the premiere episode of "Bates Motel," explaining to his admiring new teacher, Miss Watson (Keegan Connor Tracy), why he's been bounced around to five different high schools. His mother Norma (Vera Farmiga) has just moved them from Arizona to White Pine Bay, a sleepy coastal Oregon town, following the tragic (accidental?) death of her second husband. Apparently Norma has valid reasons for her impulsive behavior. Either that, or … she just goes a little crazy sometimes.

We've heard that line before; it's from Alfred Hitchcock's 1960 horror/suspense classic "Psycho," in which motel owner Norman (now in his twenties and played by Anthony Perkins) is revealed to be a homicidal psychopath, driven to murder by an extreme case of split personality.

Inspired by Hitchcock's film (and to a lesser extent, Robert Bloch's 1959 novel, which describes Norman as a pudgy, bald 40-ear-old), "Bates Motel" is being billed as "a contemporary prequel," allowing an exploration of teenage Norman's unraveling psyche in a present-day setting. It's a savvy ploy by veteran TV showrunners Carlton Cuse ("Lost") and Kerry Ehrin ("Friday Night Lights"), combining pre-"Psycho" history with new twists and turns while catering to all the commercial obligations (pop song soundtracks, social-net promotions, etc.) of TV in the age of Facebook and Twitter.

Forget about those good-and-bad "Psycho" sequels and that ill-conceived "Bates Motel" TV movie from 1987; this "Bates Motel" is a stand-alone series with its own set of unsolved mysteries. Some of Hitchcock's iconic imagery remains: The 12-room motel and adjacent Gothic house (exterior sets that have been a centerpiece of the Universal Studios tour for decades) have been faithfully recreated, and the perfect casting of Highmore ("Finding Neverland") makes it easy to connect the troubled-teen Norman with Perkins' memorable original. We also get a hint of Norman's future hobby: taxidermy, another connection to Perkins' character.

A sampling of the first three episodes reveals a few other subtle nods to Hitchcock, and by lucky coincidence, Farmiga (especially with her blonde hair pulled back in a bun) is a physical match for the stuffed corpse that is shockingly revealed in the climax of "Psycho."

That we're familiar with Norma's fate adds another layer of spooky psychology to "Bates Motel." We know this story won't end well for Norman and his mother, but their "Psycho" destinies are still years in the future, and "Bates Motel" is subtly propelled by an underlying sense of dread and foreboding.

It's here that "Bates Motel" introduces plot elements that may (or may not) ensure its viability a an ongoing series. After a violent intrusion by the motel's disgruntled previous owner (who lost the property to foreclosure), Norma and Norman suddenly have a capital crime to conceal, just as the entire town is hiding secrets of its own. White Pine Bay is Oregon's answer to Humboldt County, California: its thriving economy is built on huge, carefully guarded pot-growing farms. And while Sheriff Romero (played by "Lost" alumnus Nestor Carbonell) pursues a possibly sinister agenda, Deputy Shelby (Mike Vogel) finds himself attracted to Norma -- and harbors a cellarful of secrets that give Buffalo Bill's (from "The Silence of the Lambs") a run for their money.

Add some underground sex trafficking — not to mention the unwelcome arrival of Norman's black-sheep half-brother Dylan (Max Theriot) — and you've got enough bad behavior to keep "Bates Motel" percolating for at least its debut season, but anything beyond that remains to be seen (or ordered). Directed by series coproducer Tucker Gates, the premier episode effectively introduces character dynamics that hold promise for revelations to come: Norman is clearly struggling with intensifying "mommy issues," and raging hormones only add to his bottled-up anxieties.

Norma has her own problems: She's a maternal menace, an overprotective manipulator with a martyr complex. When she's not guilt-tripping Norman as he yearns for high-school normalcy, she encourages intimacy with her boy that's too close for comfort. "We belong to each other," she reminds Norman, fueling the Oedipal complex that Hitchcock subtly alluded to in "Psycho."

The role hints at tantalizing possibilities, and it's safe bet that the fiercely talented Farmiga (an Oscar nominee who earned well-deserved praise for directing and starring in "Higher Ground") would not have signed on without assurances of sustainable quality. Based on its first three episodes, "Bates Motel" is off to a promising start. Whether it lasts until Norma's inevitable rendezvous with mortality is, at this point, anybody's guess. 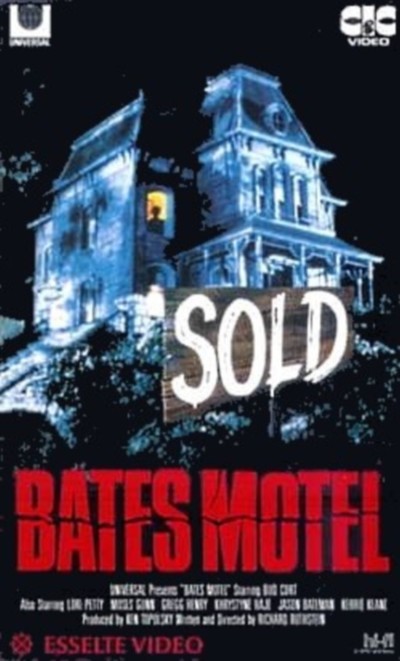