The American author Patricia Highsmith and German director Wim Wenders made an odd but highly successful collaboration—although she didn't work directly on the film—with “The American Friend,” originally released in 1977 and now being released on Blu-ray and DVD by Criterion. Wenders made his reputation with a trilogy of road movies centering around sensitive young men, played by Rüdiger Vogler. These were acclaimed, particularly in Europe, but didn’t lead to American distribution at the time. Reviewing “The American Friend” in his book “When Movies Mattered,” critic Dave Kehr noted that it was the first New German Cinema film to get a theatrical run in Chicago. Nonetheless, Wenders' adapting of an American genre novel like Highsmith’s “Ripley’s Game” worked for Wenders in both aesthetic and commercial terms. 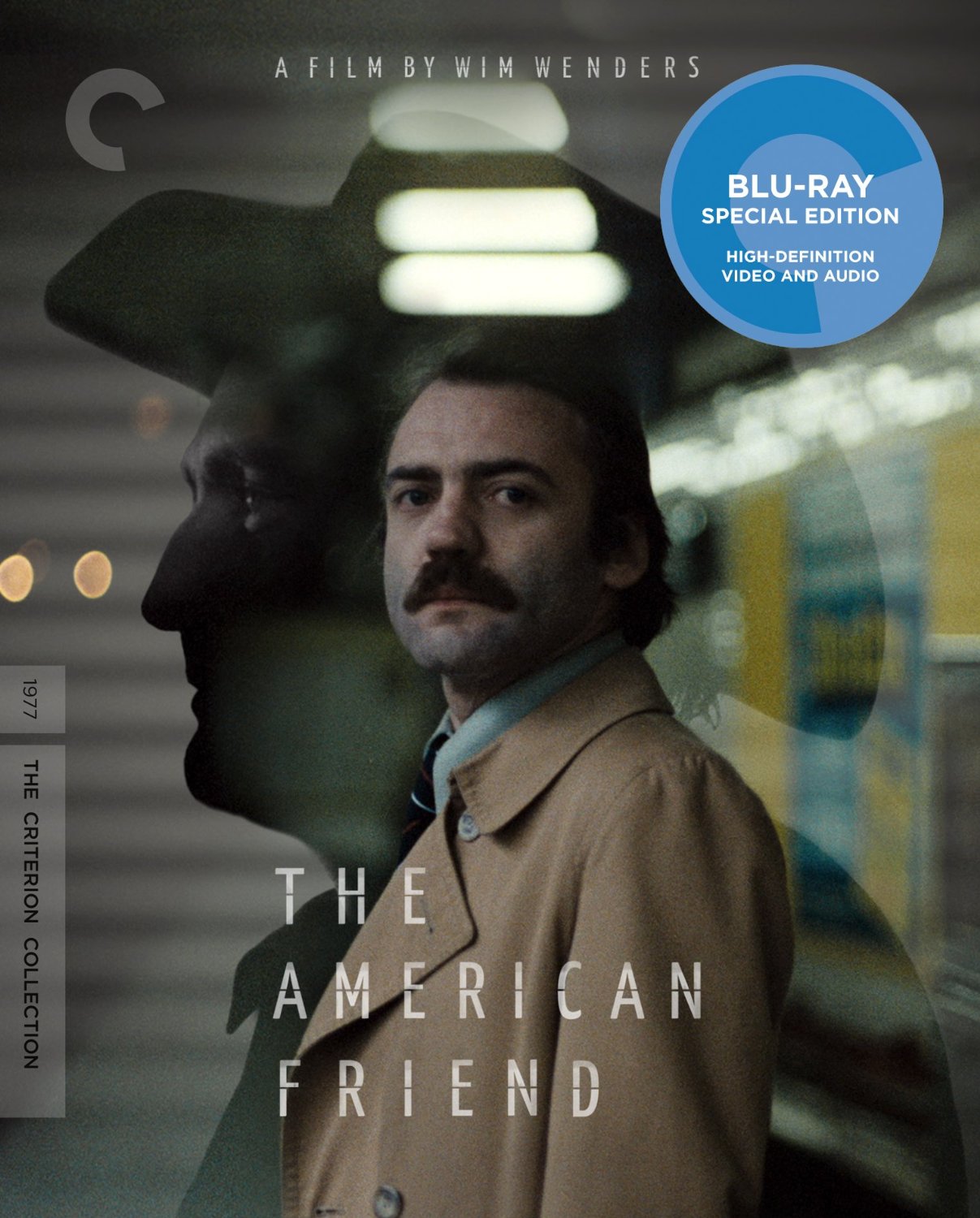 Patricia Highsmith was a brilliant writer but a deeply troubled woman. As a pioneering lesbian crime author, she could be seen as proto-feminist, but she wanted no part of that movement, even penning a short story collection called “Little Tales of Misogyny.” She was a passionate defender of Palestinian rights, writing many letters to European newspapers on their behalf, but her beliefs were more anti-Semitic than pro-Arab. In “Ripley Under Water,” she uses Morocco as a conventionally exotic backdrop for her American and European characters, and “The Tremor of Forgery” is outright degrading towards its Arab characters.

The homoerotic undercurrents of her most famous novel, “The Talented Mr. Ripley,” were not missed by René Clément and Anthony Minghella in their film adaptations. Highsmith only wrote two novels overtly about gay or lesbian characters: “The Price of Salt,” recently adapted by director Todd Haynes into “Carol,” and the posthumously published “small g.” In “The Price of Salt,” she allowed herself an optimism that life denied her; her stalking of the woman played by Cate Blanchett in “Carol” really was fruitless. However, her novel was the first piece of lesbian pulp fiction with a happy ending. “small g” also has a relative cheerfulness missing from her crime novels. But the entire Ripley series has a homosocial—if not outright homoerotic—charge. Ripley’s French wife Heloise rarely seems to be more than a convenient prop and doesn’t figure much in the action. Wenders ditches the novel’s erotic underpinnings; his Ripley seems largely asexual.

(Warning: spoilers in the next two paragraphs)

“Ripley’s Game” depicts violence as a contagion spreading out from Tom Ripley, even if Ripley may not actively wish to kill framer Jonathan Trevanny. While Trevanny uses his free will to become a killer, he’s trapped into the act by the fact that he has terminal leukemia. Ripley and associate Reeves Minot use Trevanny’s illness as a means to manipulate him, even to the point of lying about how long he has to live. Once Trevanny is under Ripley’s spell, it’s impossible for him to extricate himself. Ripley dismisses Trevanny’s wife Simone’s moral concerns about murder as mere Catholic dogma. One murder that goes relatively smoothly leads to another one, which grows more complicated and difficult. The proceedings might be unbearably grim if not for Highsmith’s dark sense of humor and her use of Ripley as an antihero so sociopathic he can ruin another man’s life and not realize what he’s doing. Her prose style is cinematic enough that one can understand why both Wenders and Italian director Liliana Cavani have been so attracted to the book: it’s full of long, drawn-out and suspenseful passages in which Trevanny and Ripley stalk their prey. 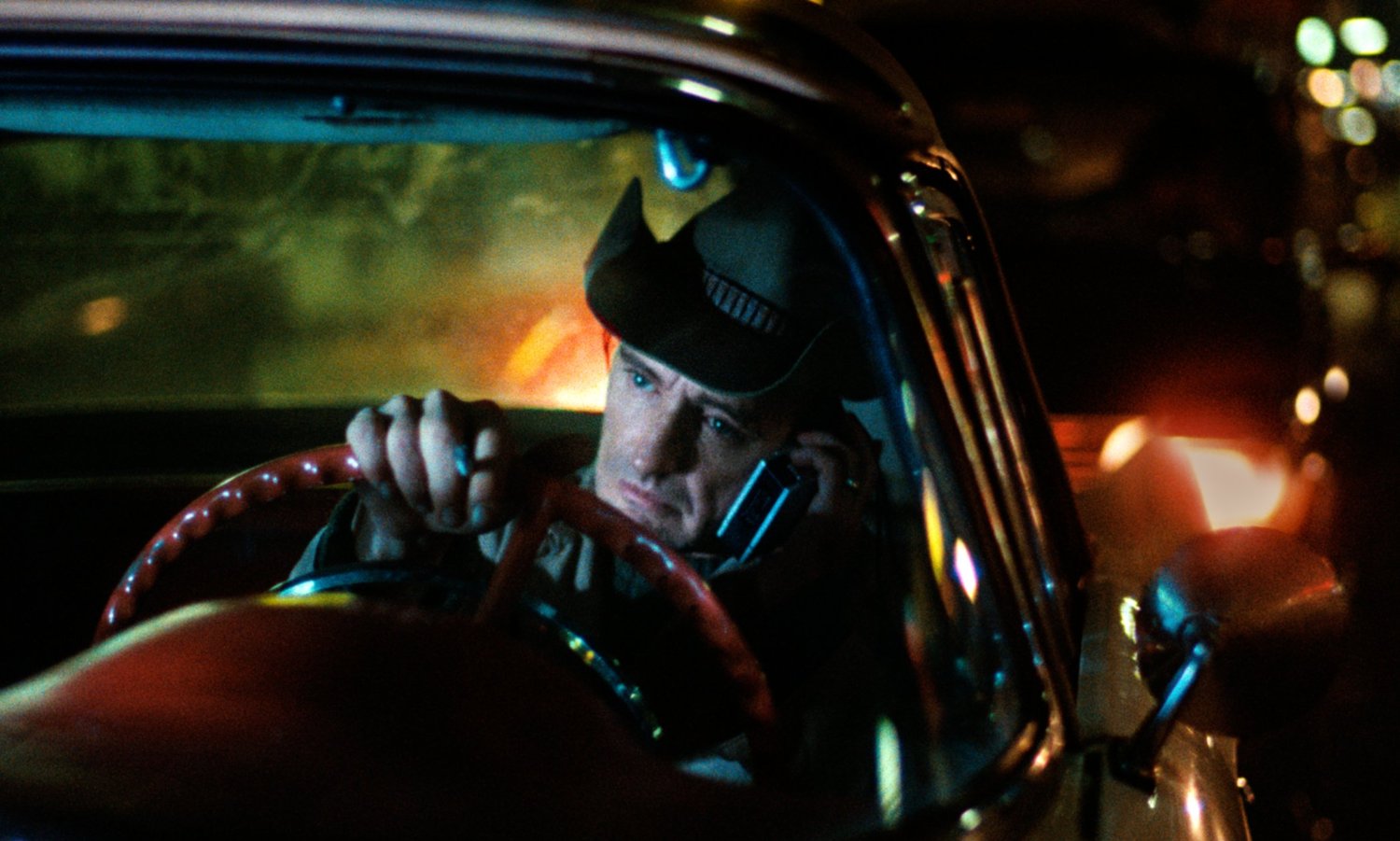 “The American Friend” changes the name of Trevanny to Zimmermann (Bruno Ganz), his nationality from British to Swiss and the setting from rural France to Hamburg, but it keeps most of the plot intact. The biggest changes are the beginning and ending. The film kicks off with a subplot about an art forger (Nicholas Ray) taken from Highsmith’s prior novel, “Ripley Under Ground,” rather than the conversation about how to pull off a perfect murder that begins “Ripley’s Game.” This isn’t illogical or a huge stretch since “Ripley’s Game” and Highsmith’s subsequent “Ripley Under Water” both allude constantly to the events of “Ripley Under Ground." In the film, Zimmermann learns that he’s been deceived by Ripley (Dennis Hopper) and Minot (Gerard Blain) about his illness but decides to keep working with them anyway. Wenders changed the finale from a tragic self-sacrifice to a death from natural causes.

Wenders has generally shied away from violence; hell, he even made a film called “The End of Violence.” But he also directed the Peter Handke adaptation “The Goalie’s Anxiety at the Penalty Kick,” in which one of his sensitive young ‘70s protagonists murders a woman. However, the most memorable aspect of the first murder scene in “The American Friend” is Zimmermann briefly showing his gun underneath his trenchcoat, then getting embarrassed and hiding it, as though his zipper were down. He may be willing to kill, but he’s far from macho, as shown by his reluctance to go through with the second killing on the train. This reticence is true of Trevanny in the book as well, even if Wenders added images emphasizing the character’s vulnerability, such as Zimmermann cutting his cheek on a trash bin while in pursuit of his prey.

Along with Robert Altman’s “The Long Goodbye,” “The American Friend” represents the most ambitious attempt to reinvent film noir for the baby boomer generation. It’s clear from Wenders’ casting of Blain and Hopper, icons of the French New Wave and American hippiedom, that such a goal was on his mind, even if his characters are far from the counterculture. Still, they love rock music with a taste that seems a bit old-fashioned in 1977: a typical Wenders touch, since Highsmith’s novel never refers to anything but classical music. Quoting Bob Dylan and listening to the Kinks was hip in 1970, but it’s a bit dated in the year that produced the Clash’s debut album, the Sex Pistols’ “Never Mind the Bollocks,” and, closer to home, Kraftwerk’s proto-techno “Trans Europe Express.”

Nevertheless, “The American Friend” retains the slow pace of Wenders’ early films but outfits it with a new narrative urgency. It also works as an exercise in style. Cinematographer Robby Müller uses a palette of bright primary colors, balanced by warm earth tones. The film brilliantly captures the atmosphere of Hamburg’s somewhat seedy waterfront and the artists’ neighborhood of Soho in New York. The ending manages to bring together Highsmith and Wenders’ sensibilities. Only an artist as perverse as her could locate triumph in it, but only a filmmaker as humane as him could recognize there’s no way out of the story’s moral corruption.