As documentaries become an even more prominent part of the home viewing experience, it makes sense that a group of talented writers like Seth Meyers, Bill Hader and Fred Armisen would find a comedic approach to the art form. With more and more people watching non-fiction filmmaking via Netflix and films like “Life Itself,” “Citizenfour,” “20 Feet From Stardom,” “Amy,” “The Look of Silence,” and many more becoming national talking points, the time is right to poke a little fun at some of the most famous documentaries, and the general clichés and oft-used tricks of the form. Documentaries may not seem the easiest targets for spoofing, but Armisen has proven his sense of humor and wit on “Portlandia” and “Saturday Night Live” is not exactly traditional, while Hader is one of the smartest comedians in the history of Lorne Michaels’ cultural phenomenon. I’ve seen three episodes of their “Documentary Now!,” starting this Thursday, August 20th, on IFC. I can’t wait to see more. 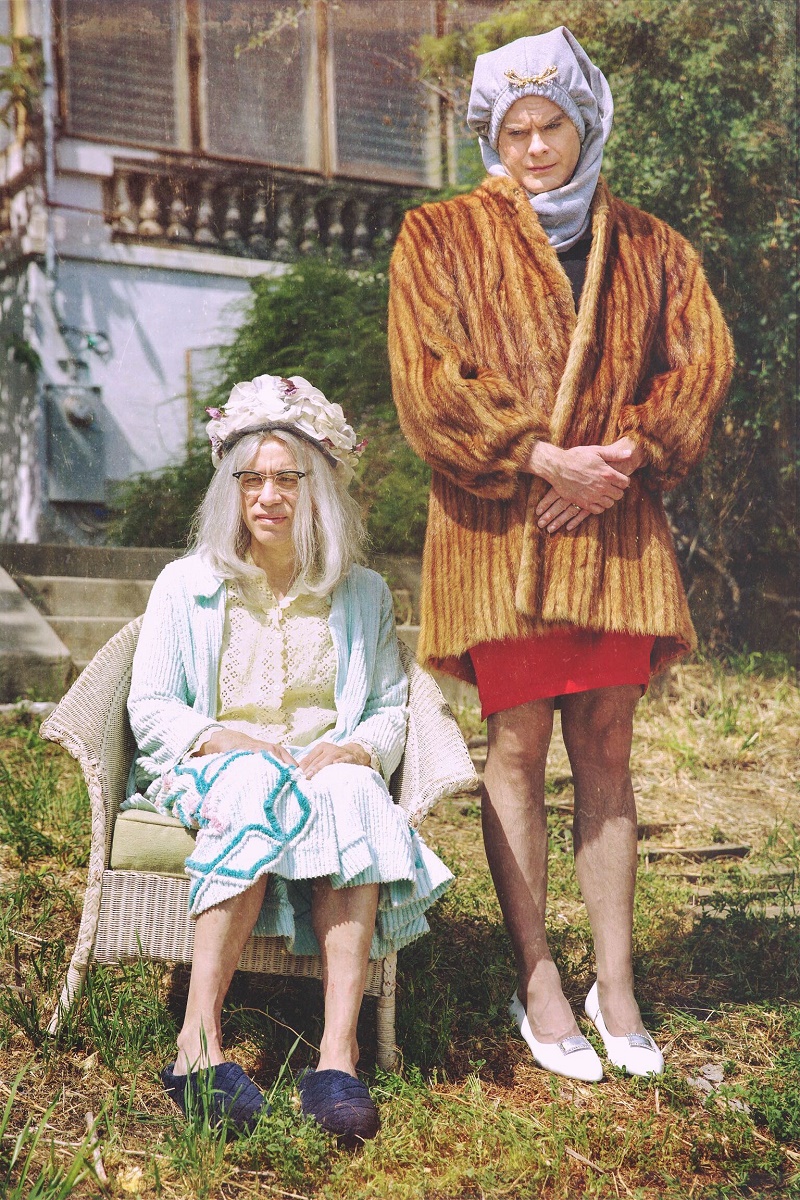 “Documentary Now!” is structured as a PBS-style look back at the history of documentary movies hosted by Helen Mirren. To celebrate the program’s fake 50th anniversary, Mirren is introducing clips from some of the most famous fake documentaries of all time. The premiere takes aim at a relatively easy target but does so with witty, unexpected style. Directly spoofing Albert and David Maysles “Grey Gardens,” Armisen and Hader play Big and Little Vivie, an eccentric old pair who live in a dilapidated mansion in the faux-doc “Sandy Passage” by The Fein Brothers. What starts as a riff on the eccentricities of the real movie—Hader is absolutely hysterical in the way he slowly allows a menacing side into his first-quirky character until “Sandy Passage” becomes something more like “The Blair Witch Project” than “Grey Gardens.” He also nails the real Little Evie’s need for attention. Few actors could get so much mileage out of a line as simple as “Do you want to watch me eat?”

The premiere of “Documentary Now!” is very funny, but I’m surprised and happy to report that the follow-up episode next week is even funnier, taking dead, clever aim at the “Vice” series of you-are-there documentary programs on HBO in the form of a fake show called “Dronez.” Jack Black stars as the host/owner of “Dronez,” introducing this dude-bro approach to documentary filmmaking with a story called “The Search for El Chingon,” in which a pair of remarkably naïve but cocky reporters (Hader & Armisen) try to track down a Mexican drug lord. The Dronez reporters complete lack of understanding of what’s actually happening in the drug-war-torn part of the world is not just funny, it’s rather insightful into the general failure of most You-Are-There docs, which seek to recreate dangerous situations without offering any research or commentary about them.

In the final episode of “Documentary Now!” made available to press, the crew takes an entirely unexpected and also hilarious angle, spoofing the nature documentaries of the early days of film by “revealing” the true story of the fake “Kunuk the Hunter,” a famous doc from 1922 that introduced the white world to Eskimos. Of course, most of it was fake. Kunuk (played in a bit of silent-film glory by Armisen) was the dumbest Eskimo in the camp, and the only one willing to be manipulated by a filmmaker played by John Slattery of “Mad Men.” The final act twist, in which it’s revealed Kunuk may have actually been a hell of a filmmaker, is really really clever.

That’s the word I kept thinking of in relation to “Documentary Now!”—clever. This is a funny, smart comedy for fans of documentaries or even just those who wish they had more time to watch non-fiction filmmaking. In fact, “Documentary Now!” is so good that it should spark more interest in the very art form it satirizes but also clearly loves, which I think will make Hader, Armisen, and Meyers very happy.