Au Revoir: On Criterion’s Release of “Inside Llewyn Davis”

“Hang me, oh hang me, I’ll be dead and gone.” Of course, it makes perfect sense that Joel and Ethan Coen’s “Inside Llewyn Davis,” released tomorrow on Blu-ray by The Criterion Collection, would open with a song. After all, it is a film about a folk singer. And yet no choice in a Coen film is one that hasn’t been carefully considered—what song and what opening lyric matters. It sets a tone. This is the story of a dead man, someone who is virtually a ghost in his own life, hanging in mid-air, unable to learn from the past or care much about a future that’s about to leave him behind. With “Inside Llewyn Davis,” Joel and Ethan Coen capture the arc of a man without much of an arc at all, someone spinning on a hamster wheel created by his own stubbornness and false sense of the meaning of artistic integrity. In doing so, they craft one of the best films of the ‘10s, and Criterion treats this masterpiece with the lavish detail it deserves this week, offering fantastic special features that expand the experience instead of feeling merely supplemental, and a gorgeous HD transfer that deepens the color palette of Bruno Delbonnel’s cinematography and the Coens’ compositions. 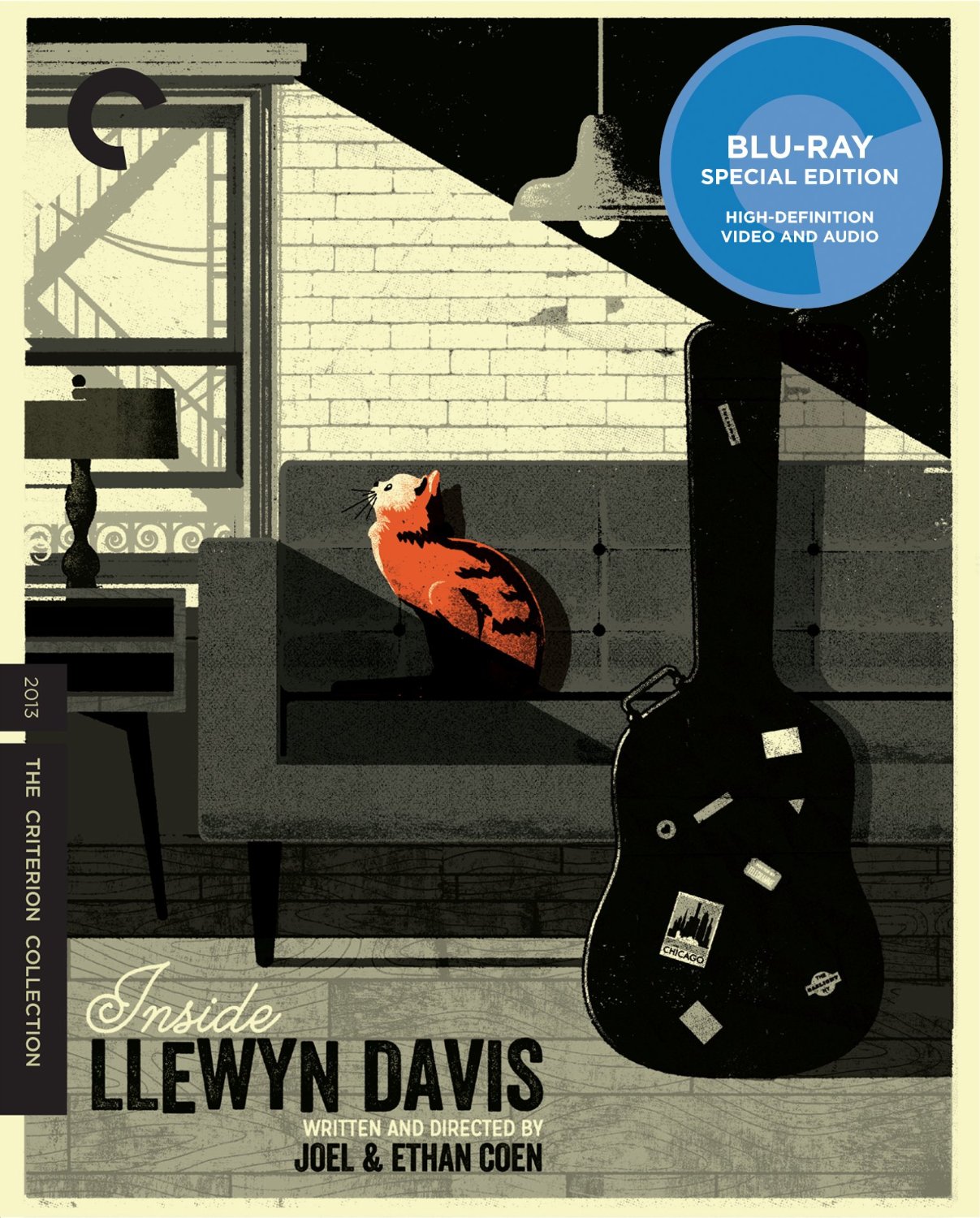 So, who is Llewyn Davis? Two years ago (and doesn’t it feel like longer for some reason?), some wrote "Inside Llewyn Davis" off as a cold, misanthropic film about an asshole, played with undeniable precision by Oscar Isaac (even those who dismissed the film typically praised Isaac's breakthrough work). It’s probably why the film was robbed of due recognition during awards season—it doesn’t exactly leave you with a warm, fuzzy feeling. It’s an undeniably episodic film, although that structure very purposefully and subtly mimics a folk album—songs that are of the same voice and worldview with different rhythms and characters involved but that end up feeling like different patches in the same quilt. It is film and music intertwined structurally, with compositions that fill roles as commentary on NYC in the early ‘60s, a changing music scene, and what’s happening in the mind of its protagonist. When Llewyn sings “The Death of Queen Jane” to Bud Grossman (F. Murray Abraham), which is one of the worst possible songs to choose, he does so because it thematically reflects what’s on his mind (abortion, both a past one that didn’t happen and one that’s about to). It also calls to mind that Bob Dylan would make a hit out of a song called “Queen Jane Approximately” four years later. So much of “Inside Llewyn Davis” works on multiple levels, but a lot of critics and filmgoers couldn’t get past its unlikable lead.

Unlike a lot of movies about artists—most of which want to place art and the act of making it on a pedestal too high to knock over—“Inside Llewyn Davis” doesn’t romanticize its scene, although it doesn’t feel like a castigation of it either. It walks a line, never mocking folk music but not placing it in a halo either. For me, and I know some may disagree, Llewyn isn’t a sad sack. He enjoys many of his interactions, and he still has a desire to express himself through music—he arguably does so better than through conversation. He just feels stuck in a moment, unable to see the impact of his past decisions or care much about his future. 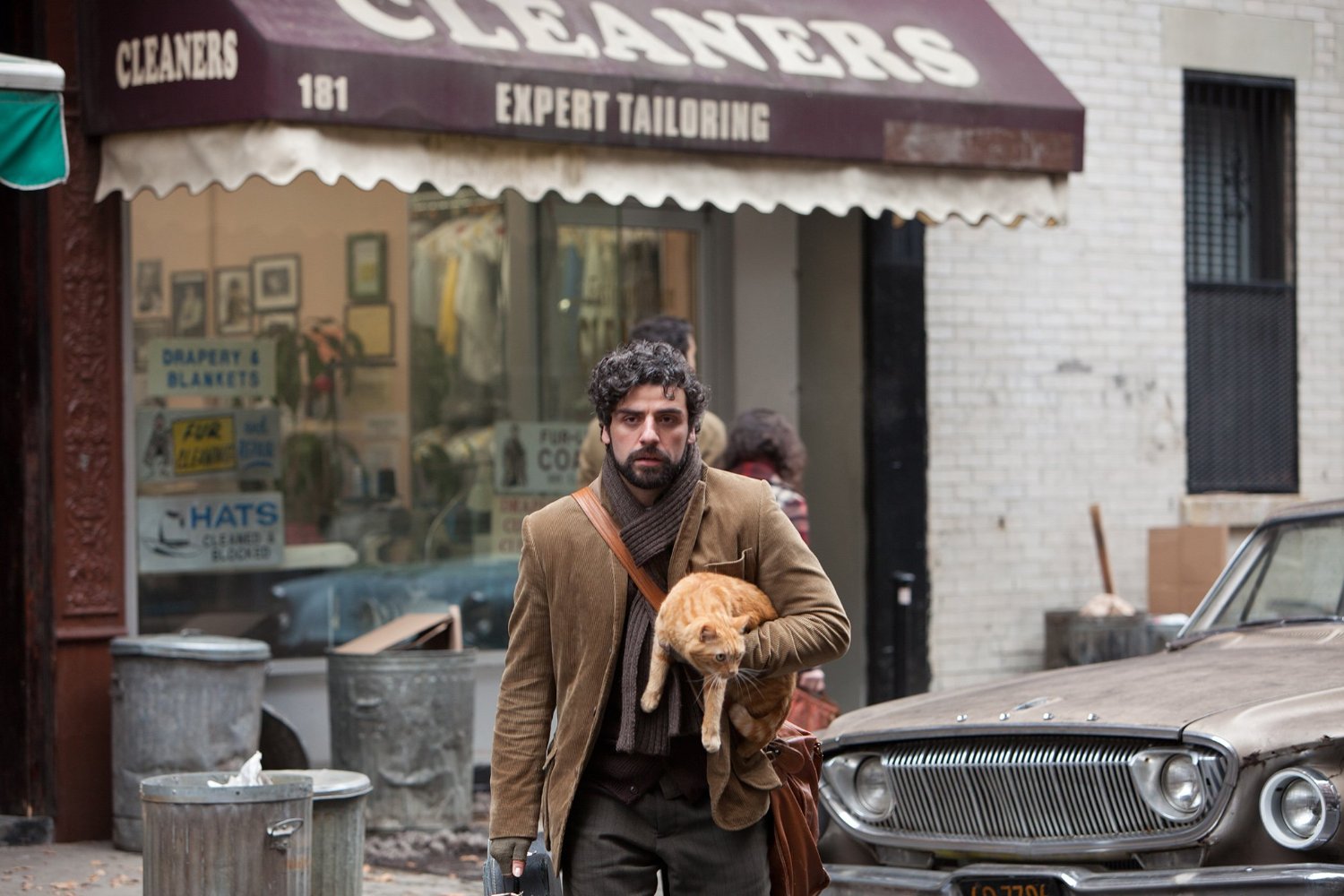 And yet when Llewyn is given a direct chance to address both that past and uncertain future, he basically refuses to do so. Near the end of the film, he is driving by Akron, which he now knows holds the home of a son whom he wasn’t aware existed until recently. That’s a potential future, a life-changing decision—meeting a son whom the mother chose to never tell you about. It’s also addressing the past. These are things Llewyn simply doesn’t do. He doesn’t want to talk about his former partner, who committed suicide. And he doesn’t want to “sell out” for future fame. He is entirely of the moment, responding instead of planning, reacting instead of moving, only looking for a place to sleep that night and not any longer. Those who plan are “sad” and “square,” and Jean (Carey Mulligan) is not wrong when she says, “You don’t want to go anywhere. And that’s why all the same shit is going to keep happening to you: because you want it to.” The structure of the film itself captures Davis’ stasis in that it ends moments after it begins chronologically, moving only seconds beyond its start as Davis is left in the dust by a car, only able to muster an “Au revoir” to the future. 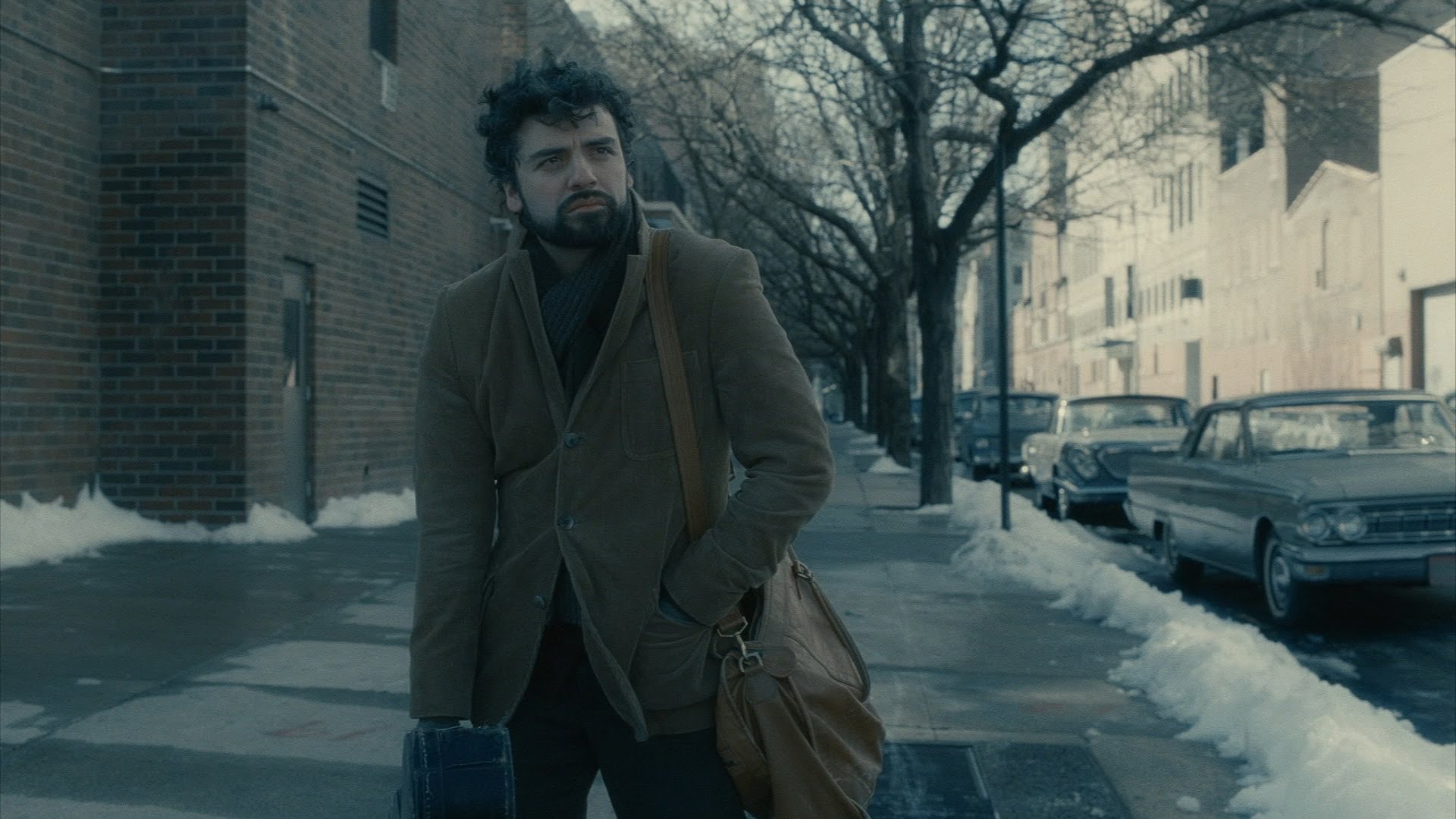 I thought my appreciation of “Inside Llewyn Davis” was as complete as it could be, but Criterion expands on the experience of the film with an incredible collection of special features. As if someone reached into my brain and pulled out the special feature I would find the most interesting, Criterion asked Guillermo Del Toro, one of our smartest modern filmmakers, to sit down with the Coens for “The First Hundred Feet, The Last Hundred Feet,” in which the visionary director discusses their entire career focusing on how their first film, “Blood Simple” (the first hundred feet), reveals cinematic DNA that can still be seen in their newest film (the last hundred feet). Del Toro spends a lot of time on those two films, but they also discuss everything from Welles’ approach in “Touch of Evil” to their use of landscape in films like “Fargo” and “No Country For Old Men.” If you have ever liked a Coen film—and the colors of our skies are different if you haven't and I’m impressed you’ve read this far—you owe it to yourself to hear this 40-minute exchange. (Also: Criterion, PLEASE make this a recurring feature. It’s a brilliant idea to use an artist’s first film and last film as a way to understand their entire filmography.)

In a totally different way, I just adore “Another Day, Another Time,” a 101-minute concert film/documentary that includes music from not just the film but the folk scene of the era. Performers include Joan Baez, Marcus Mumford, Jack White, Gillian Welch, and more. It’s the kind of piece I can see myself putting on as background now that I’ve seen it, just appreciating the great music.

The audio commentary over the film by Robert Christgau, David Hajdu, and Sean Wilentz focuses primarily on the historical veracity of the film, an element I find interesting but less so than the filmmaking decisions (I’m not sure it matters that the Gaslight didn’t really have a bar). Still, it’s interesting to hear about the real Abe Grossman, for example, and hear these smart gentlemen discuss their interpretation of the film as more of a critique of the scene and bohemia in general than anything else. They’re clearly fans of the film who appreciate it in a very different way than I do, coming at it from the music side more than the film one, and so it’s an interesting perspective.

There’s also the 43-minute “Inside 'Inside Llewyn Davis,'” a great new conversation between T Bone Burnett and the Coens, a new piece about the Greenwich scene, a short film about a clash between folk musicians and police in 1961 called “Sunday,” and an essay by Kent Jones.

“Inside Llewyn Davis” bears the spine #794 from the Criterion Collection. It took almost 800 releases to get to the first inclusion of a film by Joel and Ethan Coen. My hope is that it’s not the last.

Don't miss my interview with Oscar Isaac from December 2013 about the film here.