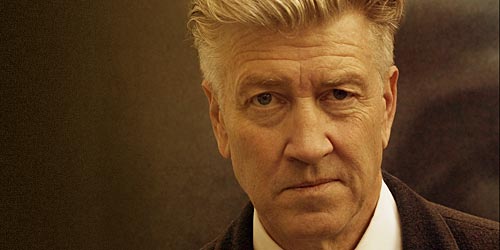 The Inland Empire is under that hair.

Sean Axmaker talks to David Lynch about digital video in general, and the new DVD of "Inland Empire" in particular, over at MSN Movies:

You have, of course, never done a commentary track, but the "Stories" section of the "Inland Empire" disc could almost be a stand-alone commentary because you talk about so many things around the film.

I believe talking is OK separate from a thing, but a commentary track that goes along through a film, I think, is maybe the worst possible thing a person could do. From then on, the film is seen in terms of the memory of that commentary and it changes things forever.

You have about 70 minutes of deleted footage in the "More Things That Happened" section and you've edited them so they play like their own dreamlike film.

Right. There are things in "More Things That Happened" that give a feeling that could be like a brother or sister to the film. It's like if you know a family, but you haven't met the sister yet. You go over to Ohio and meet the sister, and it adds more to the feeling of the whole family.

In the "Stories" section of the "Inland Empire" supplements, you go on a rant about people watching movies on their phones. So how do you feel about the huge explosion of home theater?

I feel great about the home theater. It's so hopeful. It's a counterpart to the telephone experience, or the computer screen, but a lot of people are going to see their films on computers and phones and they will think they saw the films, but they will not have seen the film. And that's a sadness, as I say in "Stories," that's a real sadness. It's very hard to sink into a world when the picture is so small. I hope that the home-theater big screens at home will be something they embrace so they can feel and think in the world -- not have all this distraction around it.

I'm waiting for my DVD of "Inland Empire" to arrive. (I almost always watch them at night, with the lights off, on a 55" Sony LCD projection HDTV with surround sound.)

Even if you haven't seen Lynch's latest magnum opus ("Twin Peaks" was similarly big and deep), you can still check out my review, which was written as a sort of "Viewers' Guide to 'Inland Empire,'" suggesting various ways of looking at it. A synopsis would be impossible, anyway...