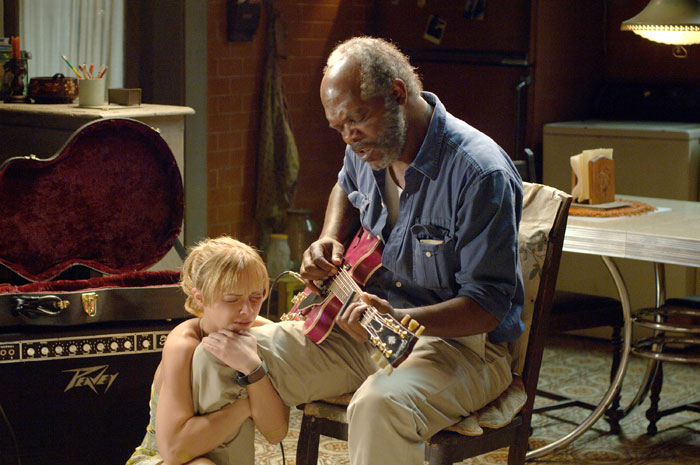 She's got them radiator blues again.

The girl is Rae (Christina Ricci); it is no coincidence that Jackson's character is named Lazarus, and Lazarus determines to return her from near death or whooping cough, one or the other. No saint himself, he wants to redeem her from a life of sluttery.

His technique, with a refreshing directness, is to chain her to a radiator. Good thing he lives way out in the wilderness. Lazarus and Rae have no sex per se, but they do a powerful lot of slapping, cursing and chain-rattling, and the reaction of the blue-collar town on Market Day is a study. I think the point is that Lazarus and Rae somehow redeem each other through these grotesqueries, a method I always urge be used with extreme caution.

If the collapse of presidential candidate Ralph Nader's reputation has been a "tragedy" of Shakespearean dimensions, as his friend Phil Donohue says near the beginning of "An Unreasonable Man," then it's reasonable to ask: What is the nature of that tragedy?

Is it that Nader, a consumer advocate who once stubbornly fought for progressive reforms that saved lives and held corporations and government accountable for their actions, has been treated as a pariah since the 2000 presidential election? Or is it that, having entered partisan politics, Nader has just as stubbornly placed the importance of his symbolic candidacy ahead of the real-world reforms he once struggled to bring about?

The term "eye-popping" could have been coined to describe Thai writer-director Wisit Sasanatieng's "Tears of the Black Tiger," not only for its retina-smacking colors, but because some eyes actually get popped. And some brains and lungs and other viscera, too. Bloody and syrupy, tragic and silly, this retro pastiche stands with its right foot in melodrama and its left in camp, shifting its weight woozily from one side to the other like a drunken Sergio Leone gunslinger straddling the camera.

Next Article: A.O. Scott is on a roll! Previous Article: Opening Shots: 'The Big Animal'