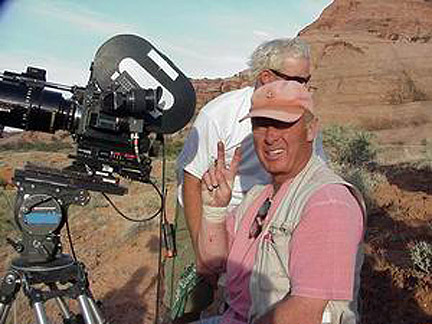 I was not familiar with TotalFilm.com, until I spotted a link over at Movie City News.

Thanks a lot, guys.

The link was to a pair of articles listing Total Film's choices for "The Greatest Directors Ever."

Will I return to this site? I think probably not. Why am I linking to it now? Because it's my shameless attempt to stimulate discussion, which I hope will be on a more informed level than this list. Or maybe it's just to have a laugh. Or a moment of sadness. What do I think of the list itself? Well, let's see:

Michelangelo Antonioni is... not on the list. Not even the top 100.

What's worse are the little names they have for each director. Sofia Coppola (#99) is "The dreamer" ("Dreamy, brave and cool, this Coppola is doing it for herself"). Singer is "The new Spielberg." Robert Altman (#26) is "The outsider" -- oops, but so is Hal Ashby (#58). Somebody ran out of labels. Well, at least they are not outside all alone; they are outside together. Samuel Fuller (#50) is "The hack." Mike Leigh (#49) is "The grouch." Quentin Tarantino (#12) is "The motormouth."

OK, that's enough. Have at it if you feel like it. If you don't feel like it, you'll probably live.

ADDENDUM: A reader, spleendonkey, describes TotalFilm as a British magazine aimed at teens and pre-teens, designed to broaden their film horizons. For the record, here's the mag's description of itself on its subscription page:

In 2007, Total Film celebrates its tenth year of being the only film magazine that nails a monthly widescreen shot of the whole movie landscape. It’s the essential guide for anyone who’s passionate about movies - whether they’re into Cruise or Cusack, Hollywood or Bollywood, multiplex or arthouse, popcorn or - er - sweetcorn. Each issue is pumped full of reviews, news, features and celebrity interviews on all the latest cinema releases. The all-new home entertainment section, Lounge, is the ultimate one-stop-shop for everything you should care about in the churning world of DVDs, books, videogames and, occasionally, film-related novelty furniture. The mag regularly features highly desirable, Ebay-friendly FREE stuff - exclusive film cells, posters, postcards, DVDs… We’re currently in discussions with Health & Safety operatives about sticking a magical compass to the cover when "His Dark Materials" comes out. Subscribe to Total Film now, or forever be belittled by precocious children in discussions about what’s best and worst in movieland.

Doesn't sound all that different from Entertainment Weekly to me, but there you go...
Advertisement