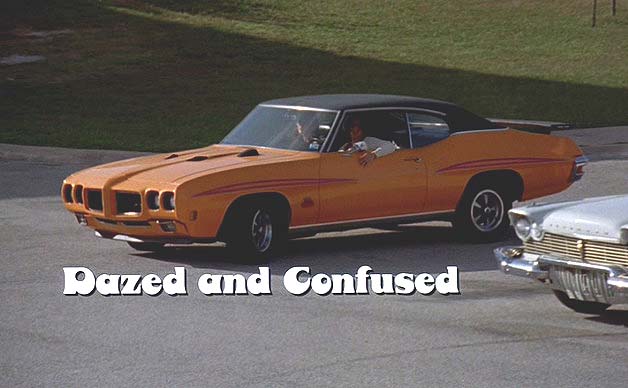 I agree with you about how opening shots are one of the most important parts in a film. If the opening shot is good then the movie takes hold of me right from the beginning and that can lead to a great movie. I'm glad I saw "Boogie Nights" and "Barry Lyndon" on your list and you made me look back on "Close Encounters of the Third Kind" to make me see how important that opening shot really is. But if I were you, I would need these three great opening shots on my list:

"Aguirre, the Wrath of God" -- The first shot sets up the mood for this film perfectly. First, the opening titles tell us that this is a doomed mission but we didn't even need message. We cut to a mountain covered in fog but as the fog starts to drift away we see a long line of men walking down the side of the mountain. This image, along with the music, sets a tone of failure and desparation before things actually start to go wrong."Dazed and Confused" -- I know what you're thinking but I happen to think that this film is a masterpiece and the first shot (just like "Aguirre") sets the perfect mood. When you hear Aerosmith's "Sweet Emotion" and you see the car making the turn in slow motion it brings us back in time. Not to 1976. But to our teenage years. We don't have to worry because it brings us back to a time in our lives where the worst thing that happens is that the party got cancelled.

"Star Wars (Episode IV: A New Hope)" -- My favorite opening shot of all time, but the problem is that it's really only effective on the big screen. The TV screen takes away all the power out of the shot. Of course we all remember the "Star Wars" logo flying backwrds into space and the "Flash Gordon" summary rolling up the screen. But what effects me is what happens next. We tilt down to see the planet Tatooine and we see the rebel space cruser fly overhead. It's obviosly being chased and we see lasers going back and forth. Then, we see the imperial ship fly overhead and it takes up the entire space of the screen. It almost seems to big to fit on the screen and thats how I viewed the rest of the film. I saw the story take place in a world too big and wonderful for us to imagine. That makes for not just an entertaining film, but a great one.

JE: Thanks, Mike. I'm glad to see someone else writing in about "Aguirre." And I completely agree with you about "Dazed and Confused": It's a masterpiece, and will eventually be remembered as one of the great films of the 1990s. (Not to slag "Pulp Fiction," but I think its reputation will decline -- it already seems dated to me -- while the subtler organic achievements of "Dazed and Confused" will look ever more impressive.) And I've never been much of a "Star Wars" fan (always prefered "CE3K" from the summer they both came out), but that opening is a stunner and accomplishes just what you describe. I'll never forget the sheer kinetic exhilaration of seeing that for the first time. "Star Wars" is what it is, no deeper (artistically or thematically) than the old science-fiction serials on which it's based, and it delivers a whiz-bang thrill ride through space (and mythological archetypes). It may be little more than zippy, superficial filmmaking (George Lucas is no Steven Spielberg when it comes to orchestrating awesome imagery), but it's a glorious spectacle.