Loose Canon: Paul Schrader and the end of movies 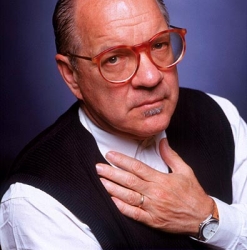 As you probably know by now, writer-director Paul Schrader (whose book "Transcendental Style in Film: Ozu, Bresson, Dreyer" I consider an indispensable part of my film library) has a hefty article in the current Film Comment in which he discusses his abandoned book project, based on the idea of a 60-film cinematic canon.

The much-debated “end of Art is not the end of painting and sculpture (they abound), but the closing of the plastic arts’ narrative. Life is full of ends; species die or become outmoded. There are still horses, but the horse’s role in transportation has come to an end. Likewise movies. We’re making horseshoes. [...]

I’ve always been interested in films that address the contemporary situation. Historical films interest me more as history than art. I have, perhaps, 10 years of films left in me, and I’m perfectly content to ride the broken-down horse called movies into the cinematic sunset. But if I were starting out (at the beginning of my narrative, so to speak), I doubt I’d turn to films as defined by the 20th century for personal expression.

I've always found Schrader to be a fascinating writer ("Obsession," "Taxi Driver," "The Last Temptation of Christ") and director ("Blue Collar," "Light Of Day," "Light Sleeper," "Affliction"), and I can see how he might view life as a "narrative" (he is, after all, a professional storyteller), but I don't agree with him. Life isn't a story. We pattern-seeking animals (my favorite phrase) just find it more comprehensible when we pretend that it is.

Beginnings, middles and endings are more often than not elusive, in life and in movies. When I think of my favorite films in these terms, I wonder: What is the beginning of the story of "Citizen Kane," or "Mulholland Drive," or "The Discreet Charm of the Bourgeoisie," or "Nashville," or "Taxi Driver"? What is the end? For me, these films are great in part because they don't insist on neatly defined linear storytelling. (Still, movies do give some kind of shape and structure to experience; lives, as they are lived, don't have much narrative structure.)

Evolution itself -- and I appreciate Schrader's contention that cinema is evolving into new forms, whatever they may be -- resists the beginning-middle-end formulation, because everything is always in a state of flux. Evolution does not start or end -- it's all middle. A species may come into being, and may die off, but other branches will continue to grow and die and change. On the other hand, a story is still a story, no matter what form or language or medium is used to tell it. And storytelling has been around for thousands of years, because that's a fundamental way we give shape to experience. So, will telling stories with images be all that much different from what we know now -- even if the grammar and the language and the form all change?

As for Schrader's canon, it's not online and I haven't seen the magazine yet. But, having published an old canon (of sorts) of my own (from 1999) recently, I love the way Schrader sets up his:

The notion of a canon, any canon—literary, musical, painting—is 20th-century heresy. A film canon is particularly problematic because the demise of the literary canon coincides, not coincidentally, with the advent and rise of moving pictures. There is much debate about the canons but no agreement. Not only is there no agreement about what a canon should include, there’s no agreement about whether there should be canons at all. Or, if there is agreement, it is this: canons are bad—elitist, sexist, racist, outmoded, and politically incorrect.

Yet de facto film canons exist—in abundance. They exist in college curriculums, they exist in yearly 10-best lists, they exist in best-of-all-time lists of every sort. Canon formation has become the equivalent of 19th-century anti-sodomy laws: repudiated in principle, performed in practice. Canons exist because they serve a function; they are needed. And the need increases with each new wave of films. What I propose is to go back in order to go forward. To examine the history of canon formation, cherry-pick the criteria that best apply to film, and select a list of films that meet the highest criteria. [...]

Film studies’ subordination to these “isms" hasn’t reached the grotesque proportions Bloom ["The Western Canon"] speaks of, but it’s catching up. Film departments abound with resentful academics. Film is not literature, of course, and the issues involved, though similar, are not the same. The greatest difference is that there is still a debate about whether motion pictures are art at all.