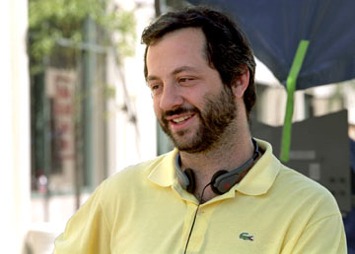 This is a very funny man.

A commentary on The Year in Comedy from Judd Apatow, the co-creator of "Freaks and Geeks," "The 40-Year-Old Virgin" and... Seth Rogan:

It seems like comedy is more popular than ever right now. There have been many very successful comedies as of late: "Nacho Libre," "Click," "The Break-Up," "You, Me and Dupree," "Little Miss Sunshine," "Babel." But I think people always love comedies. I assume in the 1930s, people thought comedy was really popular because they had hit movies from the Three Stooges, the Marx Brothers, Abbott and Costello, and Laurel and Hardy. I think every decade has its huge comedies and comedy stars. We need comedy. Life can be brutal, and watching something funny with strangers in a large room somehow makes it a tiny bit more bearable.

When I saw "Borat: Cultural Learnings of America for Make Benefit Glorious Nation of Kazakhstan" at the premiere, I was sitting near Eric Idle of Monty Python, one of the greatest comedy minds of all time. I said hello before the screening. I told him I made "The 40-Year-Old Virgin," but he had not seen it. Still, he was very nice. While the film was playing, he would turn to me every so often during one of the more hilarious and outrageous moments, like the naked fight. His eyes lit up with joy and a facial expression that said, "Can you believe this?" It was as if he was so delighted by the movie that he needed to share it with someone, even if it was just some drooling fan that made a film he hadn't seen.