I, Witness: A small masterpiece of voyeurism and projection

The way I see it, Jerzy Skolimowski's "Four Nights with Anna" is small-scale masterpiece about voyeurism, movies, and the limits of perception -- including what we think we can know about people from observing their behavior. The thing is, this 2008 movie never received a theatrical release in the U.S. (though it played the Cannes, Toronto and New York film festivals), and remains, incredibly, really hard to see (I ordered a Polish all-region DVD because I wanted a copy so badly). But it's playing this weekend as part of the Museum of the Moving Image's Skolimowski series, so if you're in New York, here's your window of opportunity, as it were. I wrote about "Four Nights with Anna" when I first saw it at the Toronto Film Festival, and I delve a little deeper in this piece ("I, Witness") at Alt Screen:

"Four Nights with Anna" -- such a romantic title, conjuring wistful images of a brief but passionate affair that its impetuous young lovers will cherish for a lifetime. Well, yes and no. This is a movie that very much belongs to its director, Jerzy Skolimowski, so at some point things are bound to plummet off the deep end.

As it turns out, the subversive Polish filmmaker's 2008 return to directing (after a 15-year hiatus), is a heartbreaking romantic black-comedy in which the obsessed lover (Artur Steranko) is smitten as can be, but his beloved (Kinga Preis) isn't conscious of their trysts. (What do you expect from the guy who got his start co-writing Knife in the Water with Roman Polanski?) Though they share precious hours together at her place, she spends them in a drugged slumber, which puts her at a disadvantage, fling-wise. OK, it's an unconventional relationship -- intense, intimate, unbalanced, mortifying -- but it's also touching and oddly sweet. You just sense from the title that it probably doesn't have much of a future.

"Four Nights with Anna" is one of the great movies about voyeurism (think Michael Powell's "Peeping Tom," Alfred Hitchcock's "Rear Window," David Lynch's "Blue Velvet," and Krzysztof Kieslowski's "A Short Film About Love," to name a few). As such, it's also a movie about movie-watching and movie-making. As Leon (Steranko), the conscience and consciousness of the film, observes the object of his desire, her window becomes his screen. Unlike James Stewart in "Rear Window" (but very much like Buster Keaton in "Sherlock, Jr.") he daringly crosses the void that separates them and enters her world through that permeable rectangle. Four times. 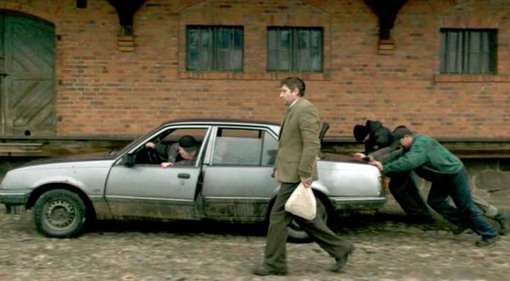 The twist is that we both witness our protagonist's enigmatic behavior from the outside (always wondering what he's up to), and from within his own troubled, fractured consciousness. We see and hear more or less what he does, and try to piece it together the best we can. The man who made "Identification Marks: None," "Barrier," "Deep End," "The Shout" and "Moonlighting" has lost none of his (uniquely Eastern European) power to tease, provoke, disturb and amuse. 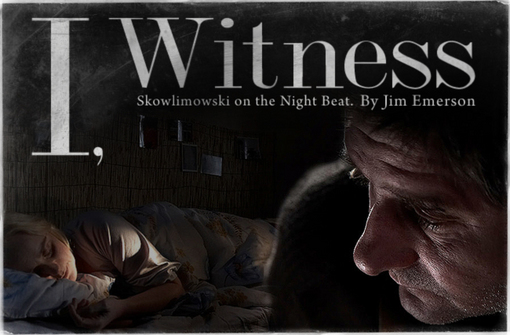