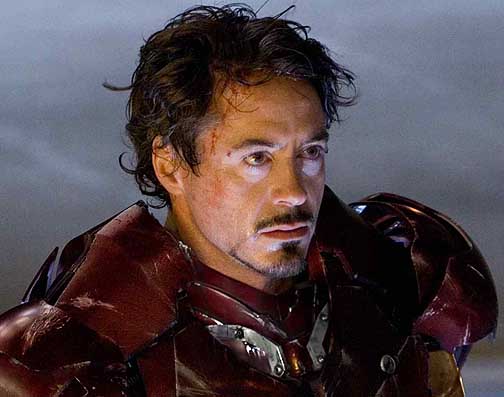 My review of "Iron Man" is at RogerEbert.com. Here's an excerpt:

The world needs another comic book movie like it needs another Bush administration, but if we must have one more (and the Evil Marketing Geniuses at Marvel MegaIndustries will do their utmost to ensure that we always will), "Iron Man" is a swell one to have. Not only is it a good comic book movie (smart and stupid, stirring and silly, intimate and spectacular), it's winning enough to engage even those who've never cared much for comic books or the movies they spawn. Like me.

Right on cue, an IED detonates, the Hummers are ambushed by Taliban-esque fighters, the American soldiers are slaughtered, and Tony is kidnapped. It won't be the first time that this gaudy piece of summer-movie pulp fiction strays a little too far into bloody Mess o' Potamian reality for comfort. Is this political commentary of some kind, or just exploitation? Like its hero "Iron Man" takes false steps, stumbles, and even occasionally crashes, yet quickly recovers its footing.

The reason it's so nimble is that director Jon Favreau ("Elf," "Zathura") and his fleet crew of actors grasp the action-fantasy premise and treat it with the looseness and sharpness of improvisational comedy. (Favreau himself has worked out with The Groundlings troupe in Los Angeles from time to time.) It's difficult to tell how much of what they're doing is taken directly from the script (credited to four writers, and who knows how many others labored behind the scenes), but even when they're reciting somber dialog-bubble exposition, they treat it the way an improv actor would: smoothly feeding information into the scene, building a foundation on which everybody can work, and play....